I send you a sketch of my views as to what ought to be said upon the subject of Internal Improvements. Mr. Taney thought extremely well of that which I shewed him. I have reconstructed it, & if the other had merit I am sure this has more. My object is to place before the nation, & particularly your southern friends, what has been effected through your instrumentality upon this great subject. In doing it nothing but facts are stated, & they are of a nature which must silence the shut the mouthes of gainsayers. You will perceive that the declaration that you can approve no bill containing appropriations for improvements which are ever of a national character, (except Light Houses harbors & the removal of temporary obstructions in navigable rivers &c,) until an amendment of the Constitution is made, is what has not been said before. I think it very important that it should be said. It will place the whole subject upon the very best ground that it can stand upon, under the present Constitution. The papers I send you are, 1st a Copy of a note attached to the speech of Mr Powers of this State made on the Maysville road Bill, & which will be found in Globe of May 1830, & the return of the Secy of the Senate & attached to the Veto message. The object of sending them is to facilitate the attempt to make out the statements necessary to fill up the Blanks in the Sketch. The points to be ascertained are, 1st. The amount of appropriations for Internal Improvements, (except the Cumberland Road & Light Houses, & Harbors), reported by the Committees on Internal Improvements in both Houses, (Powers note shews the amt. in the House of Reps. only) at the time of the passage or rejection of Maysville Bill— 2d. The number of projects then yet pending before both Committes & the amount of their estimated expenses. Mr Power's note gives those before the House Committee but not that of the Senate ^& it does not give the amt. of the Estimates^. If some intelligent person is employed to attend to it a very striking & useful expose may be made. You have not yet had justice done to you upon this subject, & that has in a great measure arisen from compounding the whole subject, Light Houses, Harbors, & other works, all together. My object has been to make the seperation, so that those who talk a great deal about it, may at least understand a little of the matter. I keep a copy, and hope to improve it, & if possible to do so without prejudice, to shorten it. Mr Taney has promised to come down with me, and we shall also have the benefit of his supervision.

I am really at a loss what to say to you upon the subject of the Judge ship. I had hoped that you might think the occasion a fit one to recommend that something be now done for the six Western States that have been so long, & so ^un^justly deprived of Circuit Courts. The Public opinion will hardly ever tolerate the encrease of the number of Judges above their present number, & it is certainly large enough. It is said that Duval means to resign this fall, & if so the circuits might conveniently be so arranged, as to throw Maryland into the Chief Justices Circuit, & to throw also the two vacanies into the south west, & west, and include the six ^new^ states. I do think this is a matter of great moment, as it is not likely that so good an opportunity for a reorganization of the Circuits will again present itself, and as we have no reason to believe that the states in question will prove be much longer quiet under their present unequal condition. There is no occasion for haste, that I know of, and if Congress omit to act you might nominate to the new Senate. Which of the Cuthberts is it that Govr L. has recommended. I know Alfred. <illegible> I know He is an excellent man, but I am not aware that he is a lawyer. With John I am not acquainted, except by reputation, & according to that, I have not been in the habit of regarding him as a fit person for so high a place. But my accounts of him have been from those who were not partial to him, & may be erroneous.

Our election is about closing, & the confidence in the result which I have uniformly expressed has grown stronger & stronger. If I get any of the Canvasses before the mail goes I will send them to you. This is the most doubtful of our Districts, (save one) & if we beat them here, of which I confidently believe, we shall, I do not know where we are to lose any of our ^present^ members. But the fact is, that we gained every single District in 32 to which we had the slightest pretensions, & under such circumstances it is hard work to keep what we have got. I leave here for Nyork on monday, must stay a short time at Nyork but will be with you in season for every purpose. Remember me kindly to your Household & believe me to be

Nov 6th. P.S. We have as I hoped carried this district & re-elected Mr Lansing by a increased majority. This is the seat of Governmt—an old Federal & Manor County & our friends have really gone beyond their <own> hopes. We have also heard enough to satisfy us of the re-election of Mr Bockee, Brown & Vanderpoel with his new colleague. N york you will get before you get this. As soon as we hear from a few Western Counties we can tell how the land lies. But I think we shall not disappoint our friends, unless it be by going beyond their hopes.

Good I have this moment learnt that my old Town of Kinderhook has given us 200 majority by far the greatest vote it ever gave. That County is safe—so much for the attempt to ruin us down in my native County, & in that of my residence Cramer is re-elected. 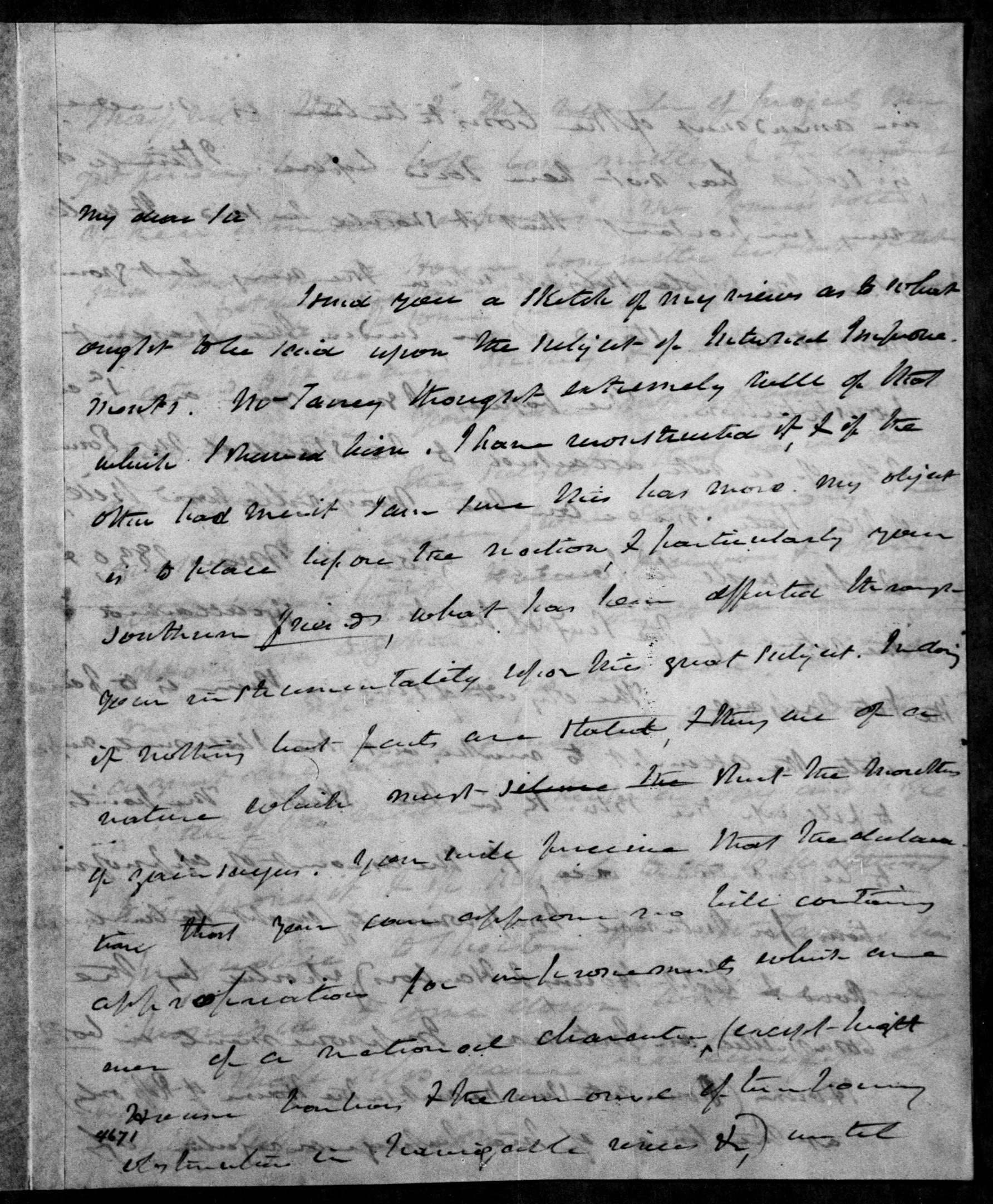 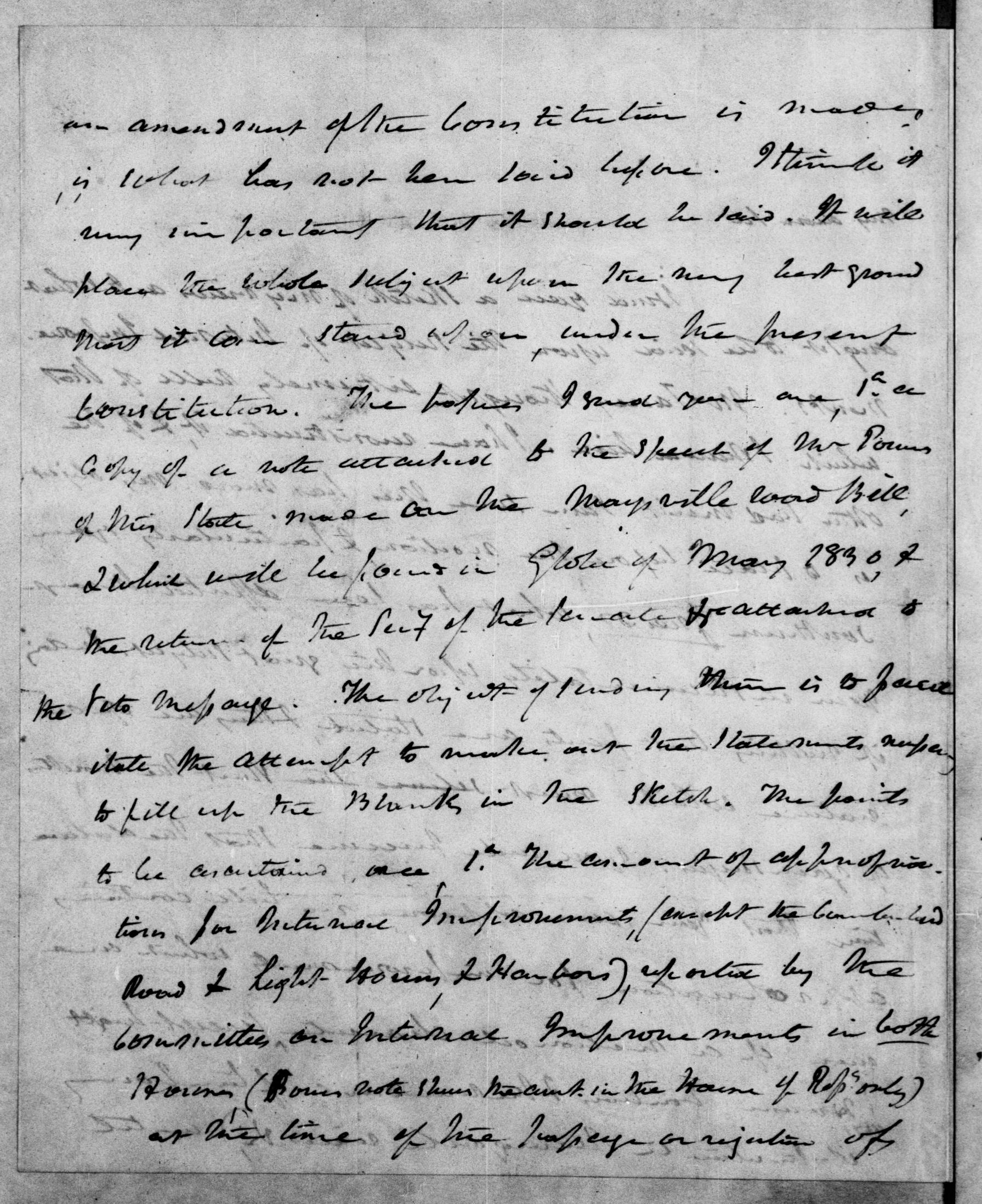 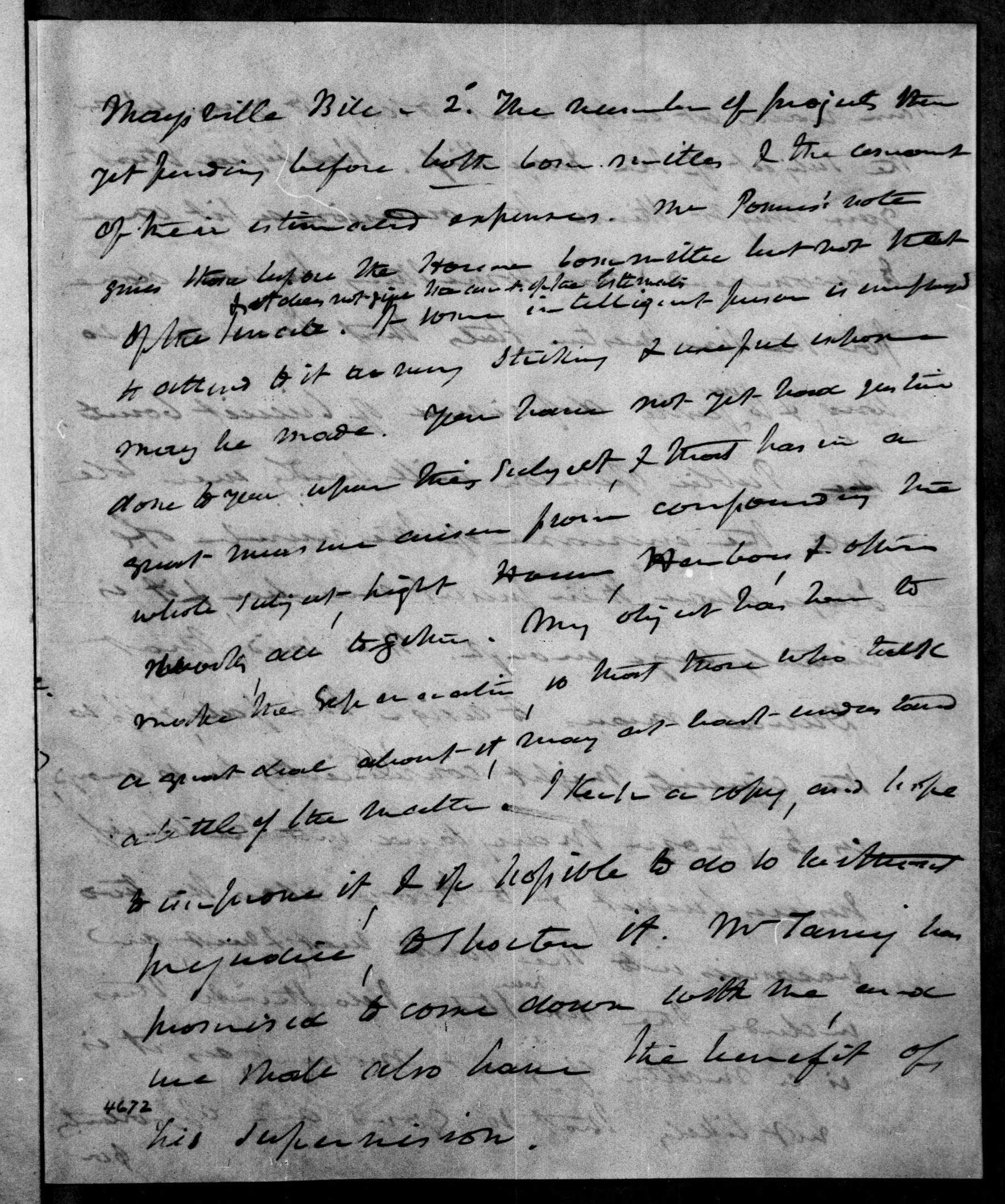 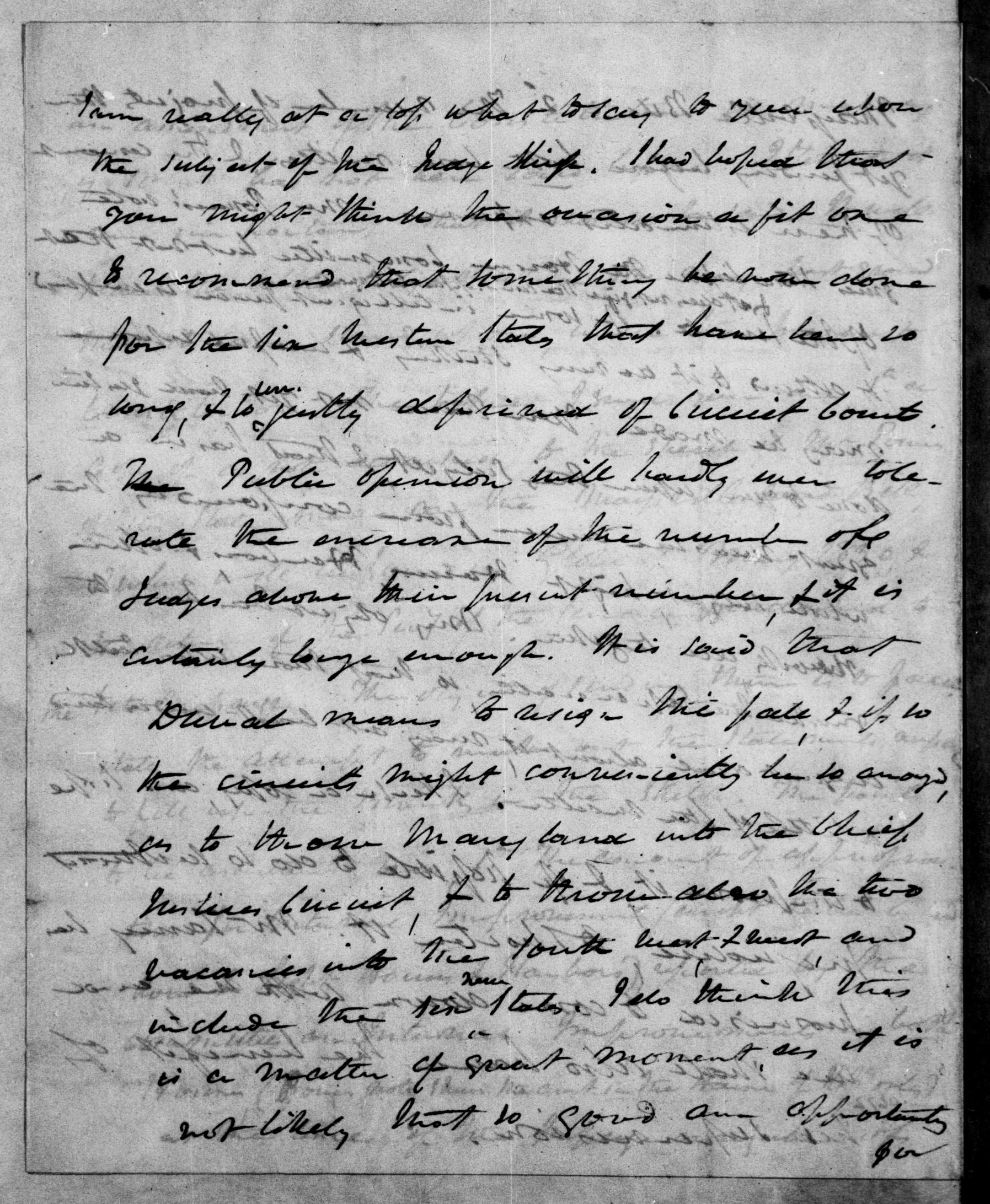 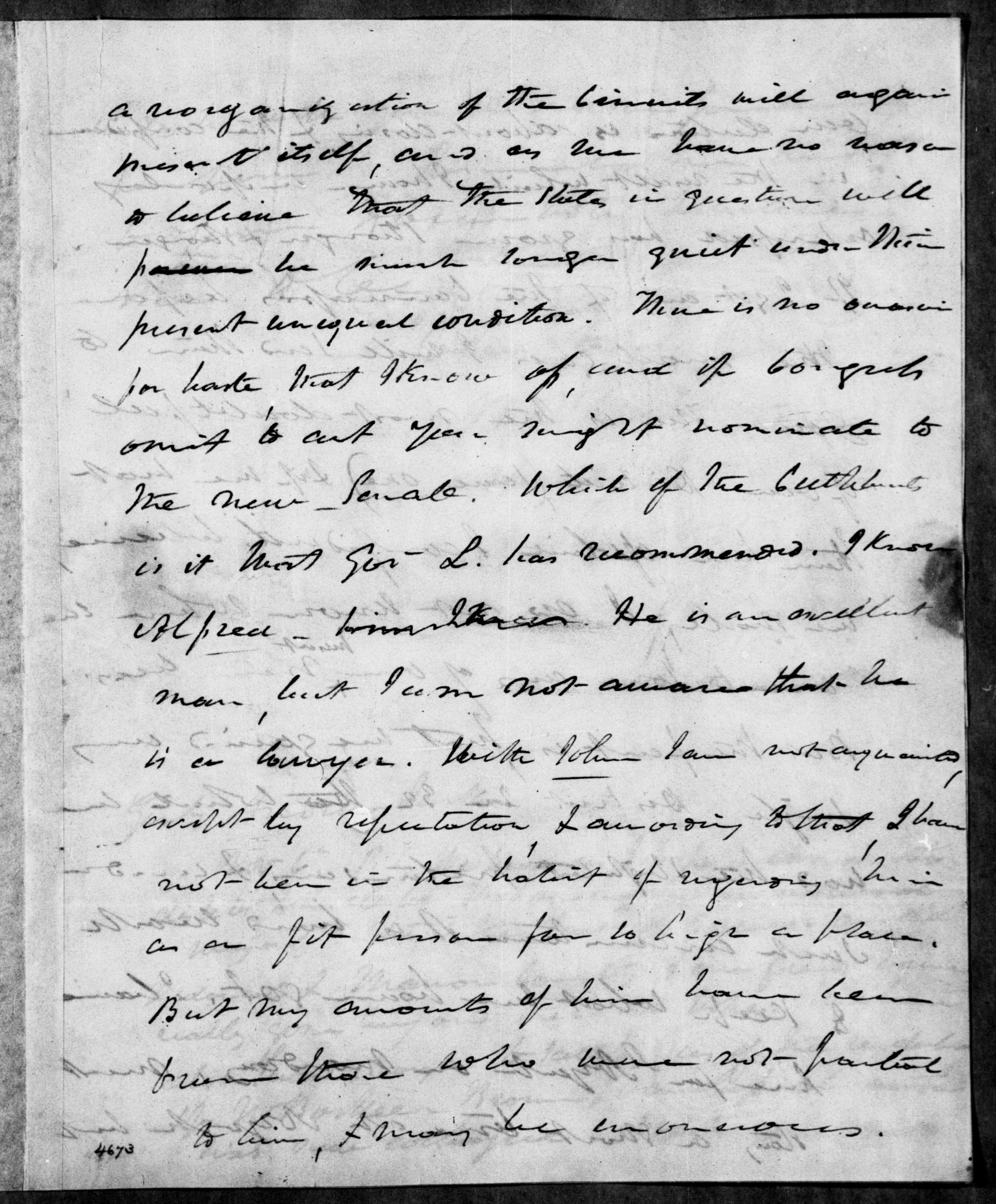 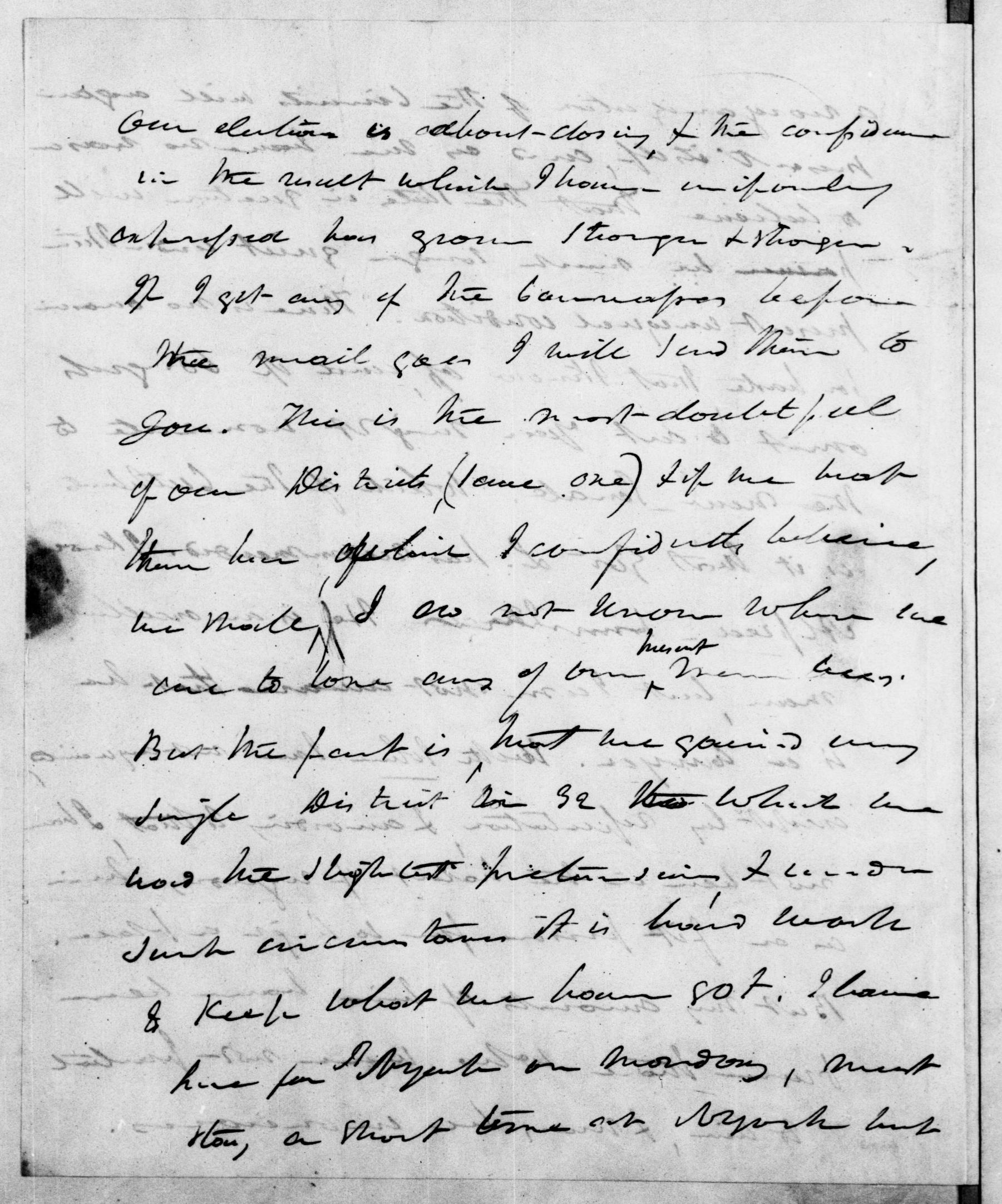 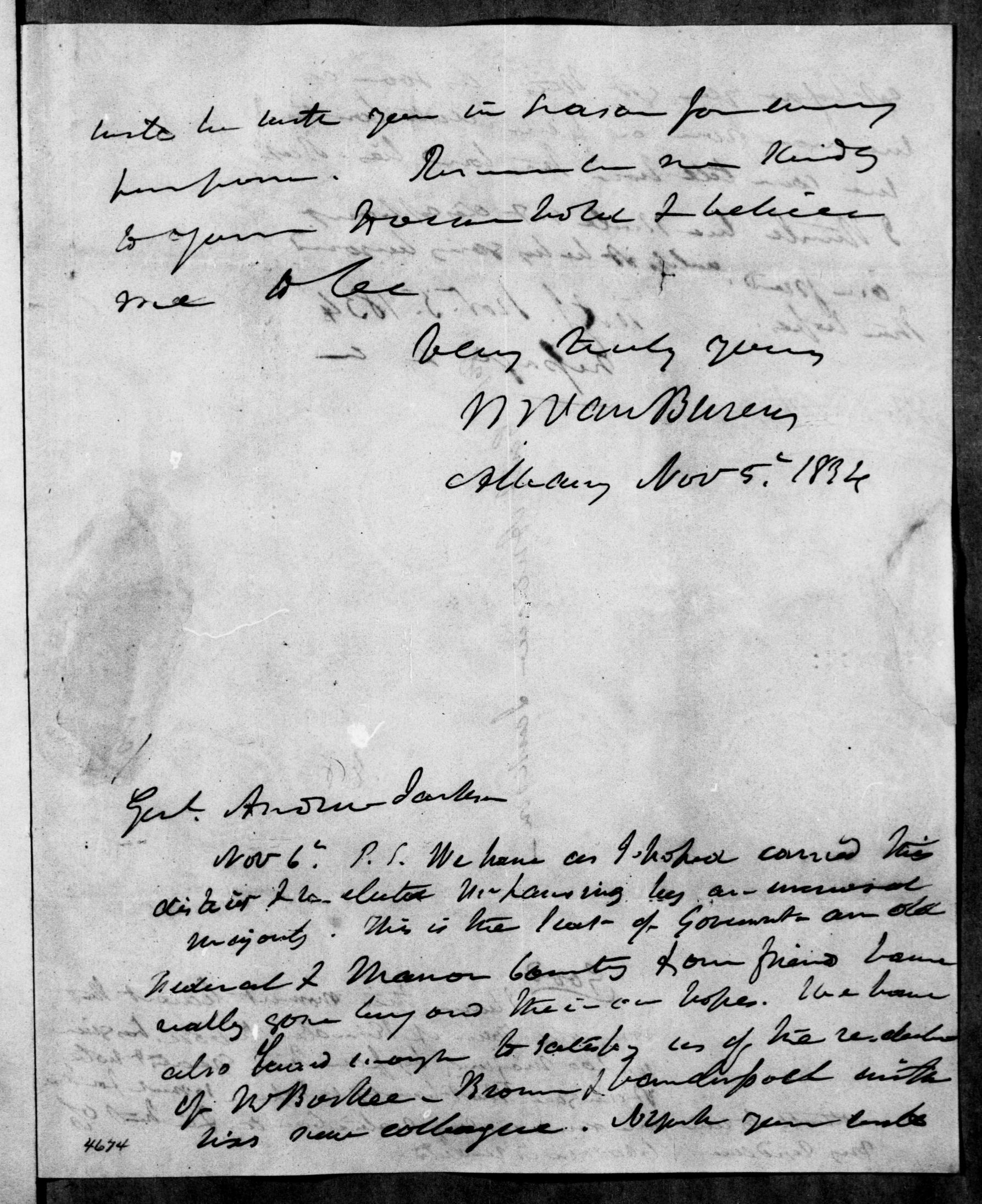 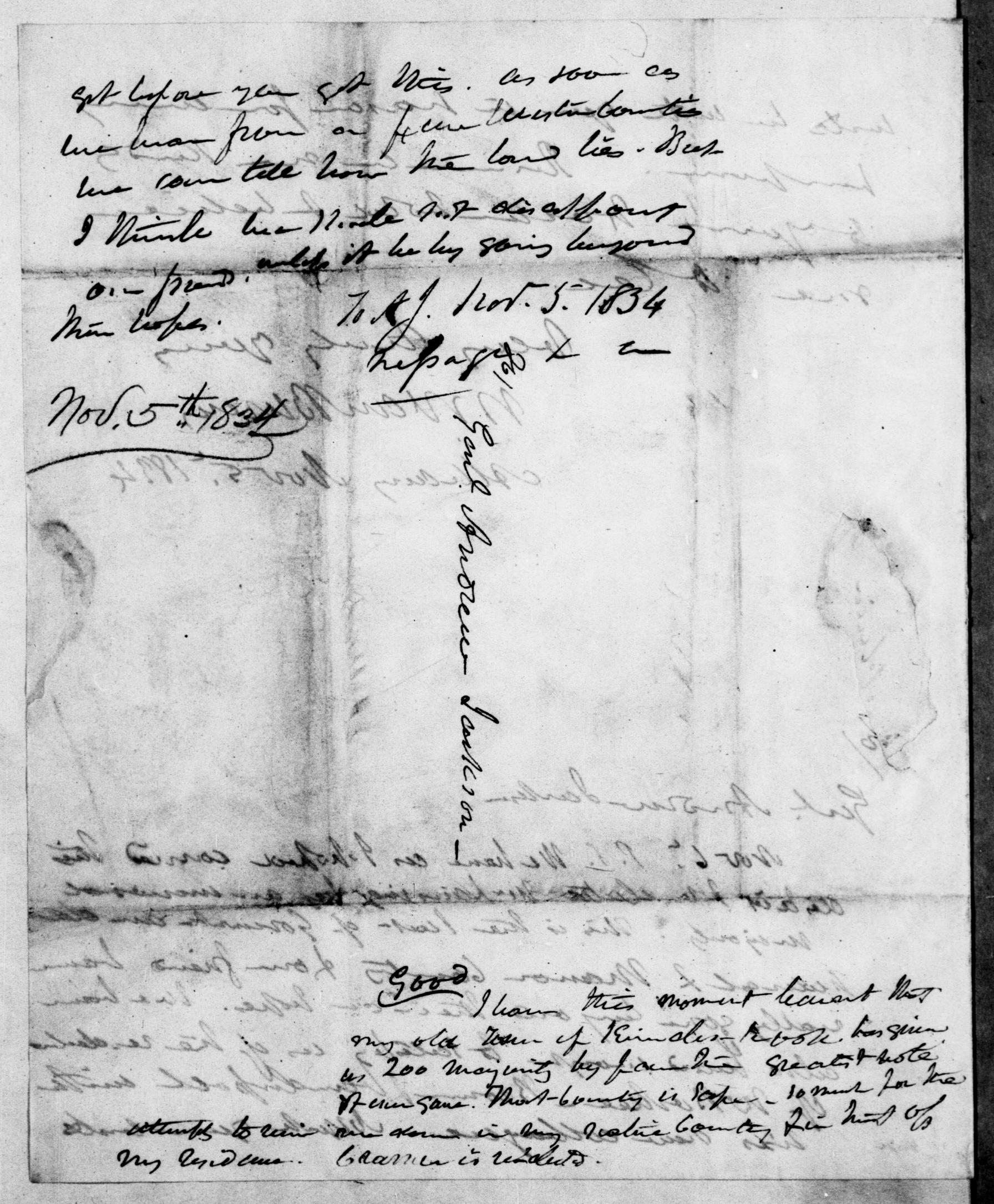 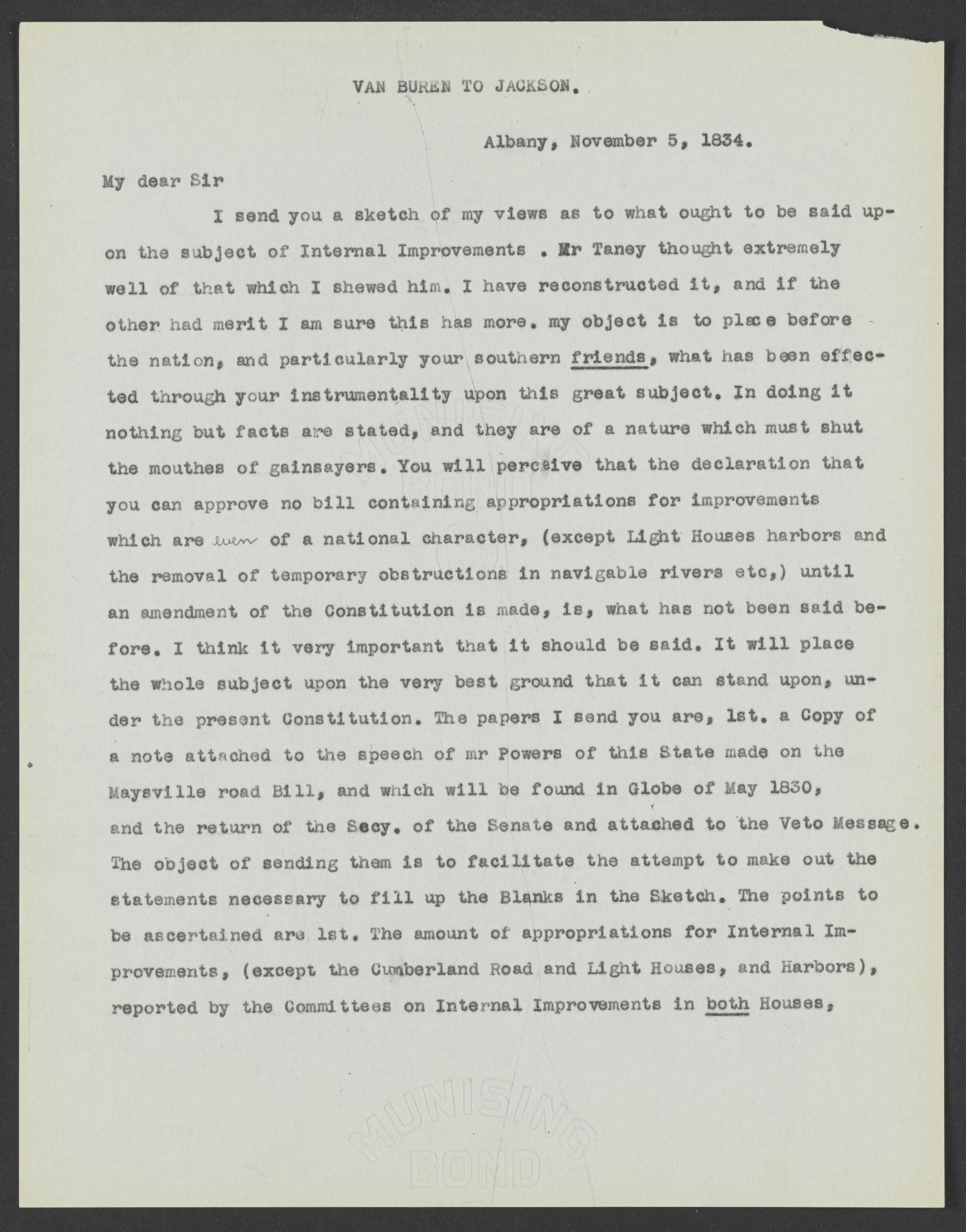 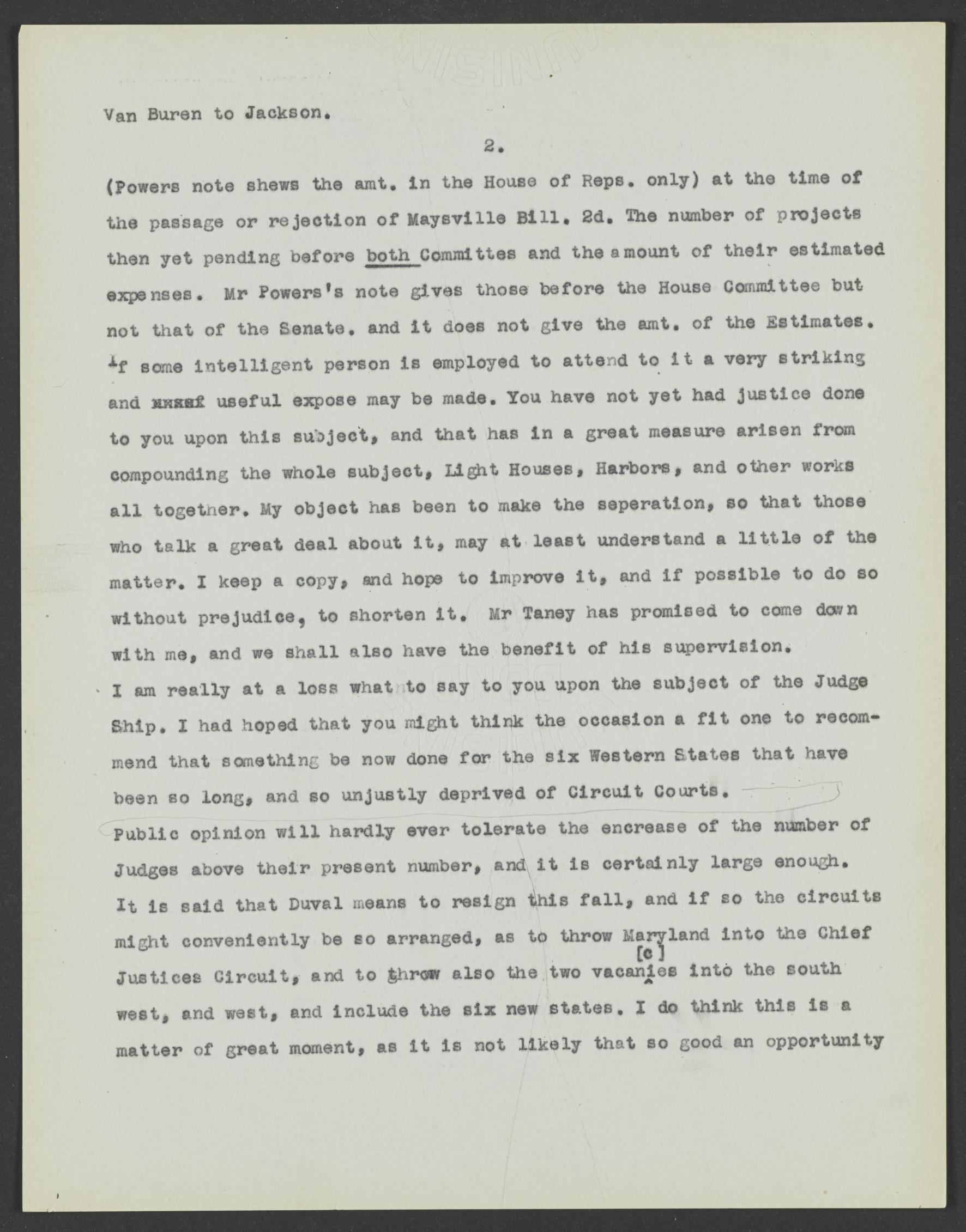 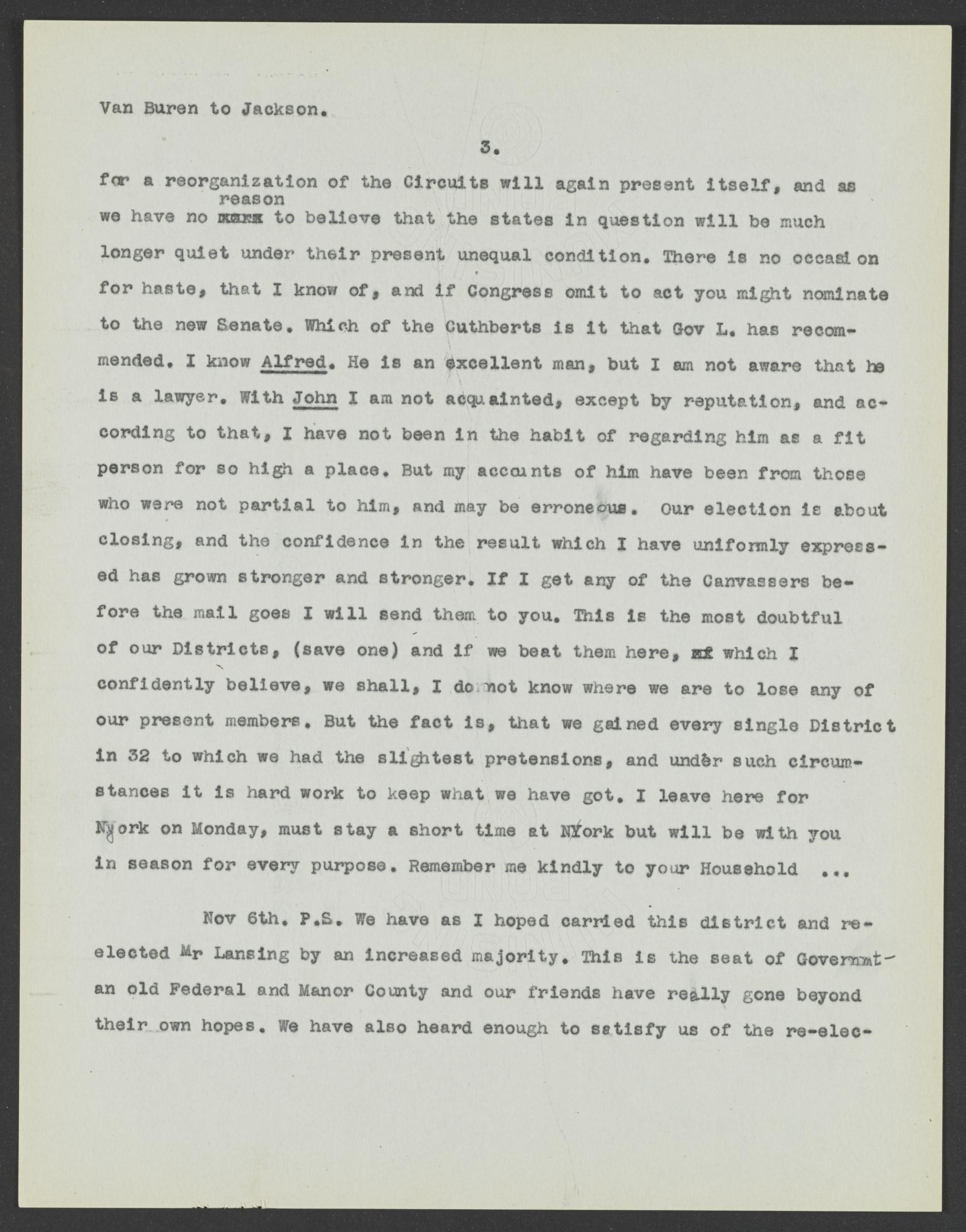 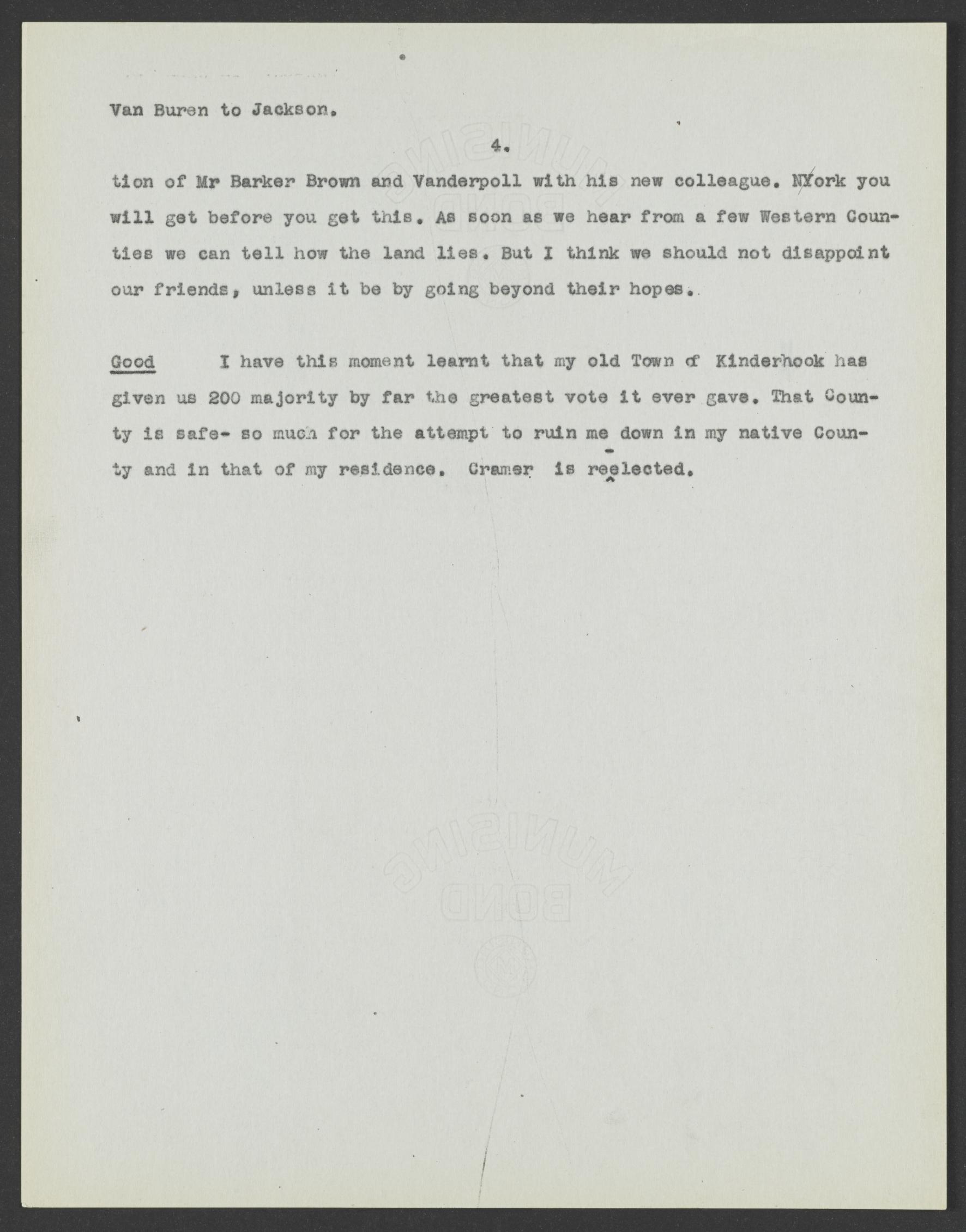