I am much obliged by your letter and perhaps the more so because I do not feel that I entirely deserved it. For I ought to have written to you long ago—and have been constantly intending to do so. But in one way or another my time has been constantly filled up. Yet I wanted much to hear from you about my speech—for having taken the grounds without any opportunity of conferring with friends—and not being in the habit of making political speeches, I was of course desirous of knowing what judicious friends thought of it.  I should have sent you a copy, but I did not print any extra ones—& took for granted that you would see it in the Globe. Do not think that I am spoiled by the kind manner in which that speech has been received when I tell you that next week you will see another from me. I should have been very willing to end my political speech making with the one already published. But our friends as Elkton in Cecil county on the Eastern shore of this state wished me to meet them at a public dinner—and my friends thought that I ought to use this occasion to retaliate on Mr. Webster for his ungentlemanly attack on me in his speech at Salem. I ought not however to throw the blame (if there be any blame about it) on the advice of friends, for it is quite possible that they merely intended to sanction what they saw I was bent on saying no matter on saying how I was advised. I have not forgotten the counsel you gave me as to the conduct which it <became> me to pursue—and you know I agreed with you, and determined to conform to it. The attack of Mr. Webster however made a new case—and I thought it due to myself and the public to place him in his true position. When you see the speech tell me frankly what you think of it. Rely upon it I shall not inflict another speech on my friends—and it is a part of the provocation with Mr. Webster that he placed me under the necessity of coming again so soon in the news papers with another speech, which it is most probable will not be received with equal favour with the first one.

I rejoice to hear such good accounts of New York. The march of public opinion is now however so decisive that it cannot be mistaken—and if I mistake not the signs of the times, the men who have been conspicuous power makers, and who brought so much distress and alarm in the country have sealed their fate. The chief actors of last winter will soon find that their condition is like that of the members of the Harford convention. They will find that they have committed an outrage too great ever to be forgiven by an injured people. The election in Maine seems to wound our adversaries deeply. They obviously expected a different result—and regard it as the evidence of what awaits them in other places. I regret to say to you (in confidence however) that I do not anticipate very favourable results in Maryland. You know our rotten borough system & the power of money is such a case in a small state—and the Bank will spend freely to carry Maryland, if for no other reason than the pleasure of beating me in my own state. Besides we have in Frederick a vexatious local question about the division of the county about which some of the parties have become so much heated that they are ready to lose sight of every thing else. But after all the people are thoroughly roused and animated & whatever is done will be a spontaneous effort on their part without organization or party discipline. Our friends however assure me that we shall carry Baltimore by more than our usual majority.

I have read the address of the Herkimer convention (I mean the convention of our friends). It is an able & powerful paper in which the topics appear to be well chosen & exceedingly well handled. What you say of the communication from Columbia county embarrasses me a little. I have received various ^several^ communications of that kind from committees appointed for that purpose & which from the form in which they came to me seemed to anticipate an answer— yet I have not answered any of them. For yo having intended generally for publication, you will readily perceive the sameness of the topics and opinions would uniformly produce a sameness in the answers & I should appear to be saying over the same things too often. But if I answer one I must answer all. Can I under such circumstances answer the one from Columbia? If I can find a point of distinction I will certainly answer it as it is your native county. If I cannot I must rely on you to explain to our friends the reason of the omission.

Tell my friend Mr. John Van Buren that [m]y [. . .] at home have a licence to open my letters when I am away—and as I had left Washington before your letter reached there, his message was I have no doubt duly read before your letter was forwarded to me. I shall not be able to get possession of my home here until the middle of October ^& my family therefore remains in Washington.^ This is an unconsciounably long letter to one who has so many to read and to write as you have—and regretting I could not meet you at Saratoga

I am Dr. Sir  very truly your friend 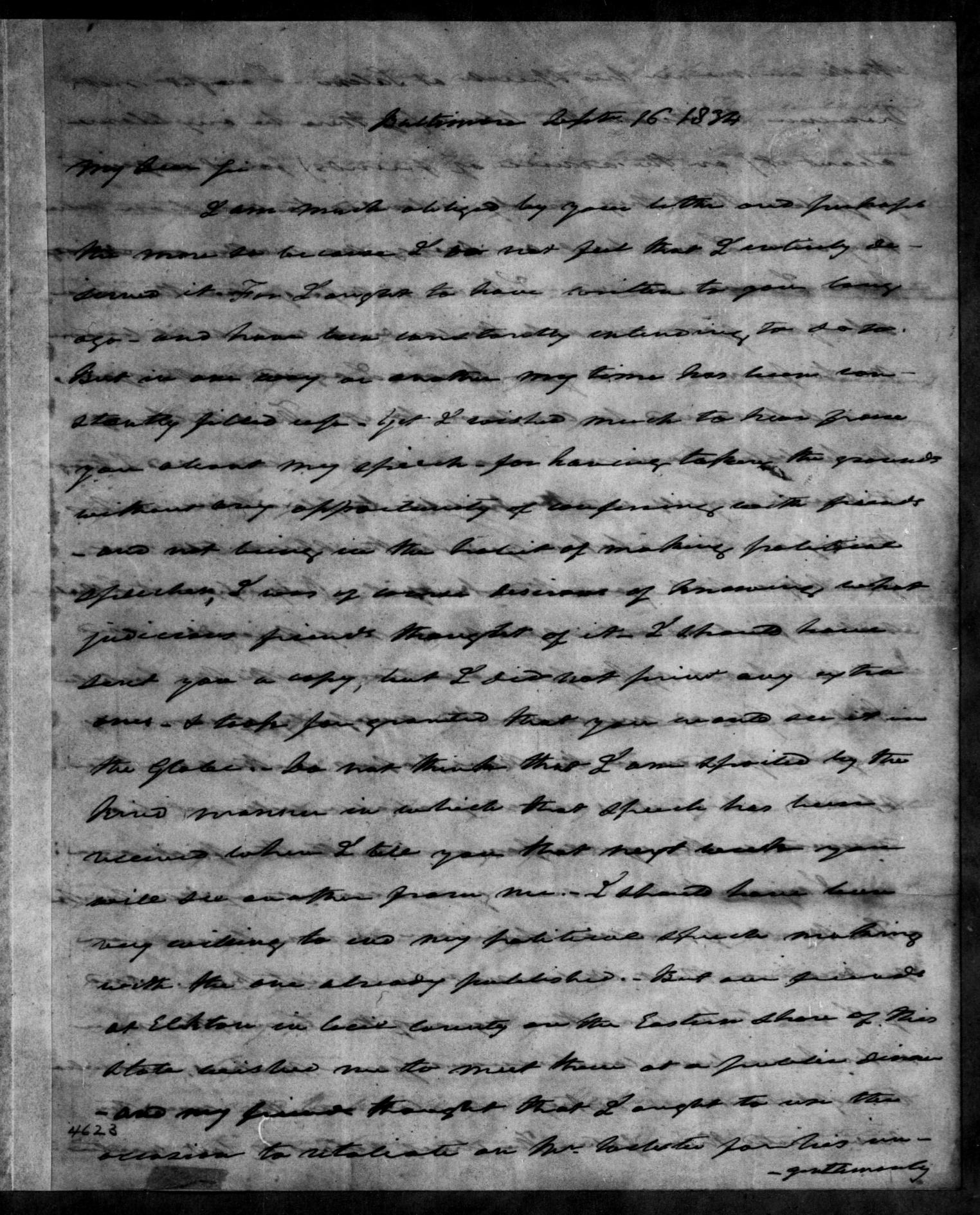 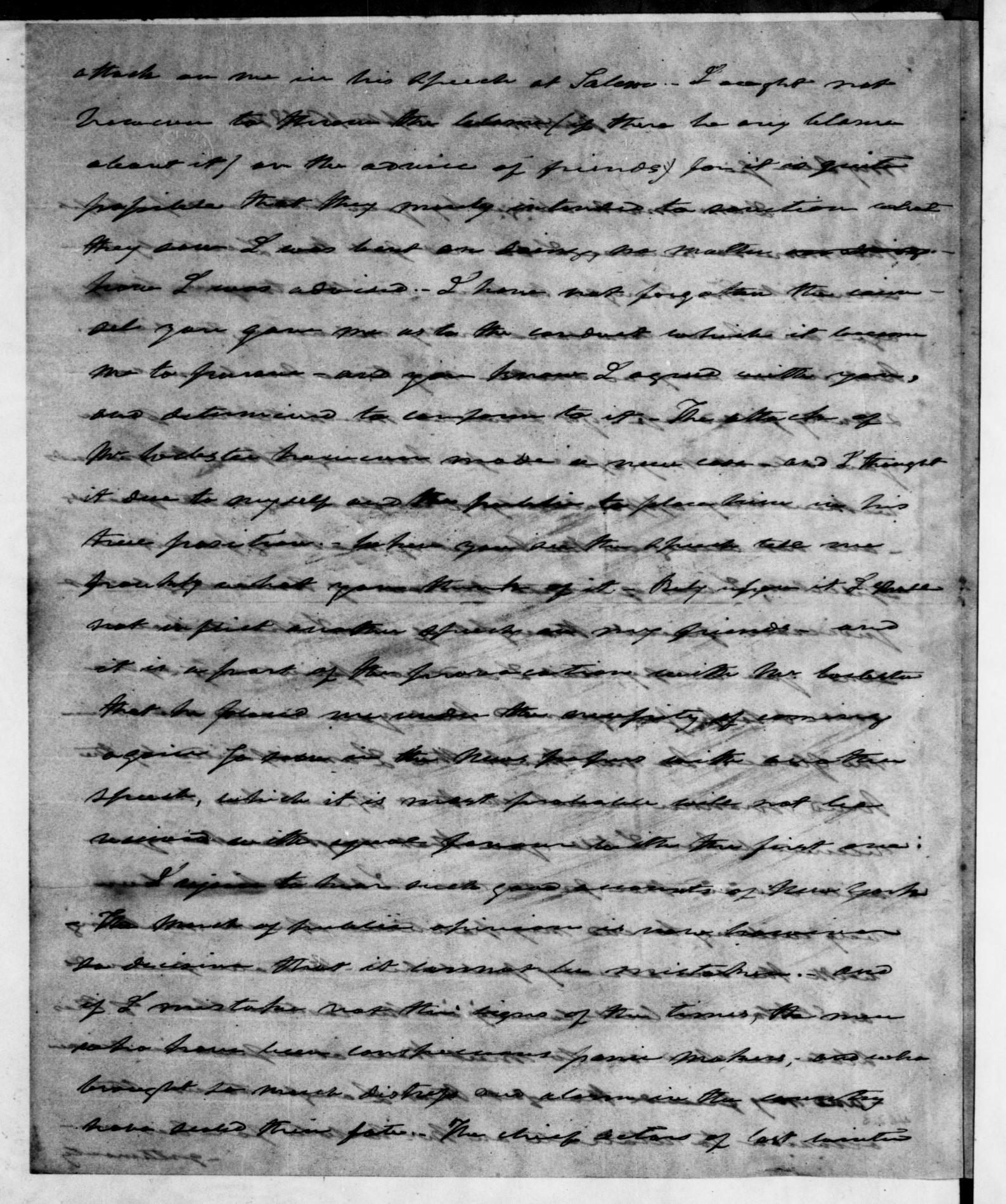 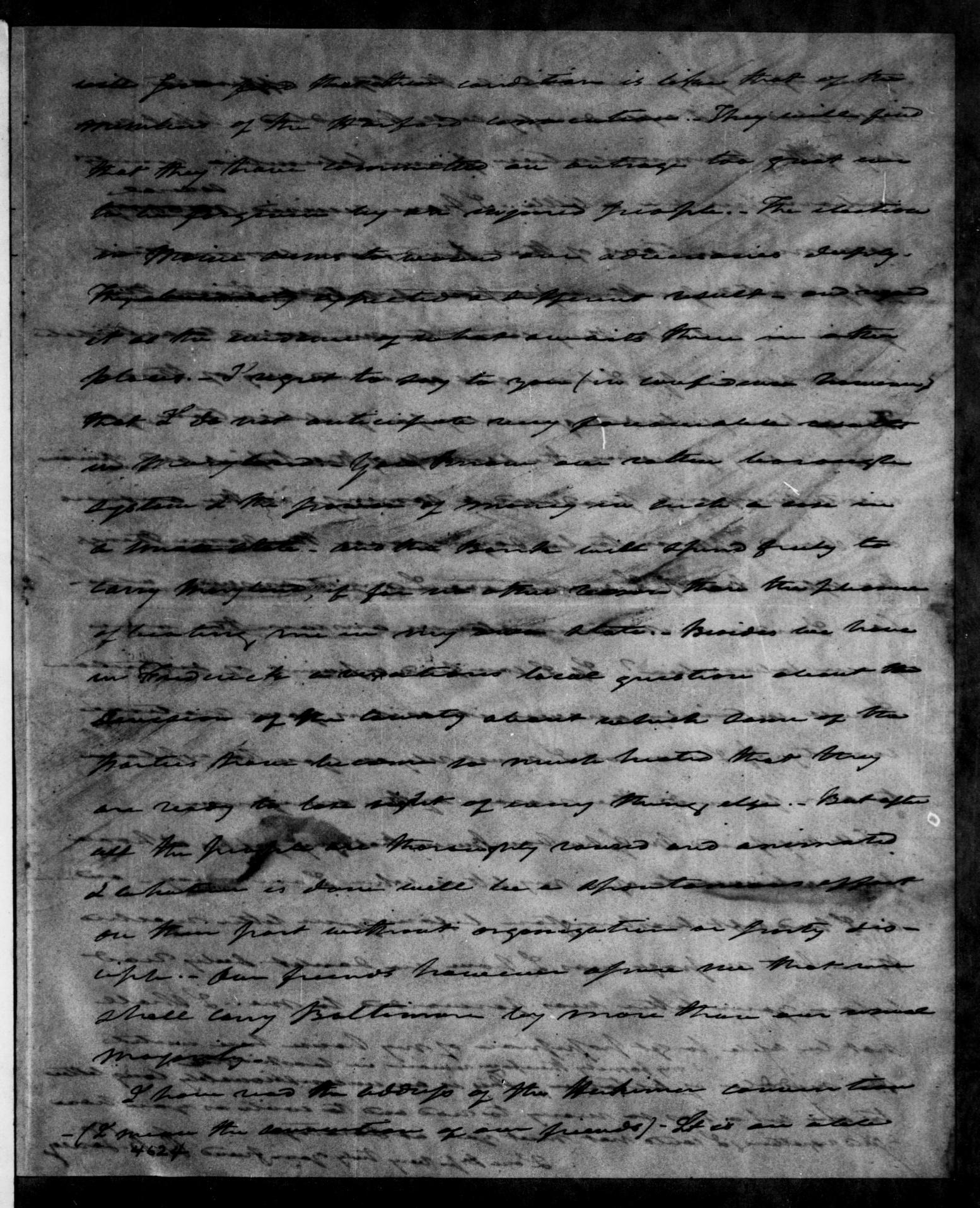