A good deal of indisposition since my return has delayed my writing to you as I intended. I have not however much more to say than you will see in the newspapers; but what I have is generally good. I am half disposed to enclose a number of letters sent me from various parts of the state, so cheering is the intelligence. One I received yesterday from Greene county speaks with confidence of the election of Buchanan to Congress in place of Stewart which the popularity of the latter had before made few doubt. This most gratifying circumstance however is the assurances universally given of the entire union & cooperation of the republican party throughout the state. At no period have they been so decided, and the feeling in favour of a national convention is now universal. Our friends are very confident that Watmough will be beaten & though we cannot hope to carry the members of congress or the legislature in this city, we have good prospects of changing the corporation officers.

Mr. Carleton is here from New Orleans. He has received letters confidently assuring him that there will be a democratic majority in the legislature of Louisiana. That state however is never to be counted on with any certainty.

But do not those elections in Alabama, North Carolina & Illinois go far to settle everything? Do they not show the south & west not merely unchanged but strengthened? Indeed I think so, and I am sure we want but our own great states to remain firm to place the success of the democratic party beyond a doubt God grant it, for I am sure without it now, all that is worth preserving in our institutions will be inevitably destroyed.

I heard of Mr. Livingston though not from him a few days since. He thinks our newspapers have not assumed a tone sufficiently bold & strong on the subject of the refusal to appropriate for the treaty & that this may still create delay. He writes in good spirits & says his health is reestablished.

I presume if you are still at the springs that you & the Chancellor have them very much to yourselves, and but few remaining of the late crowds to disturb your <rides>. I beg you to remember me most particularly to him.

Ever my dear sir most faithfully Yrs. 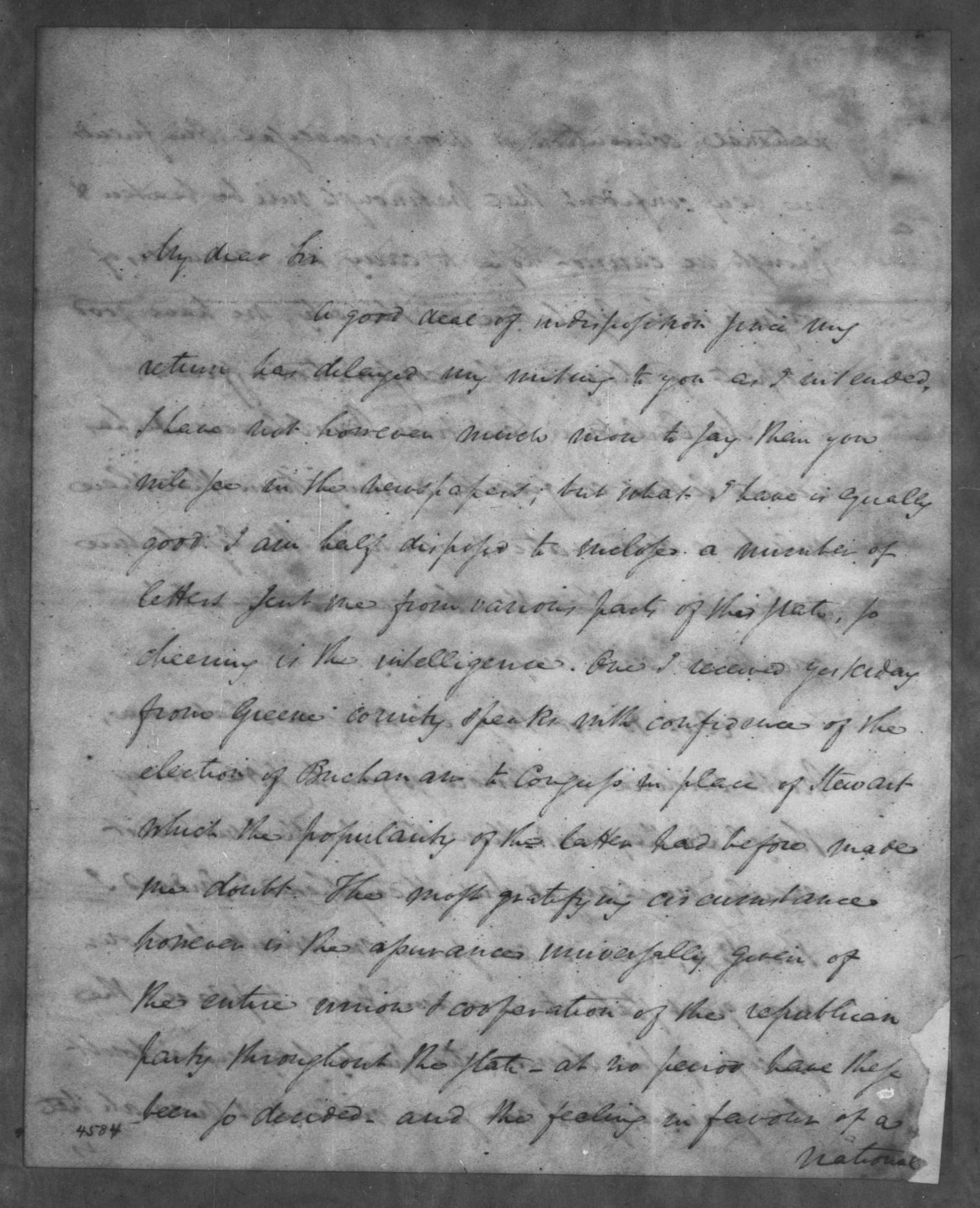 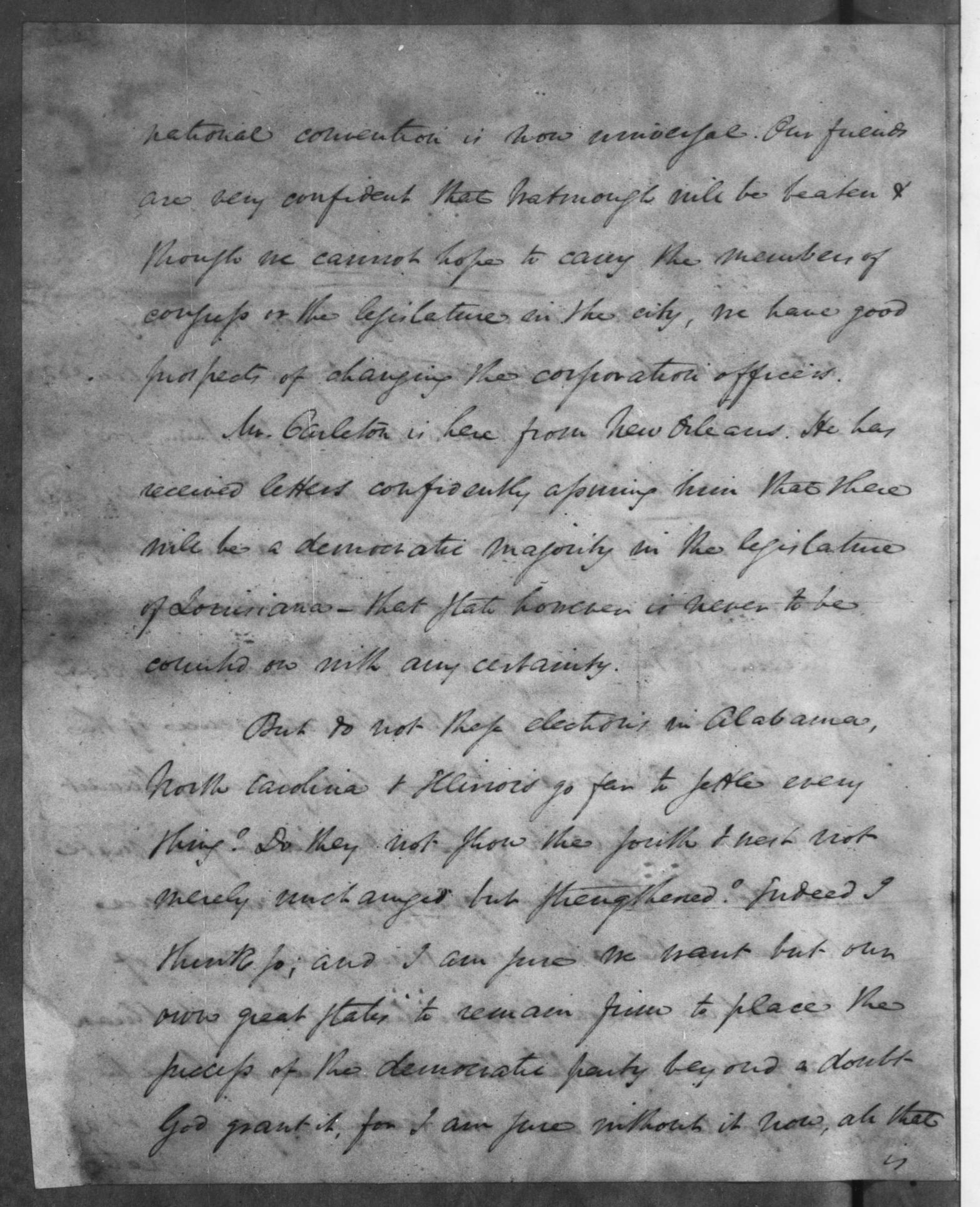 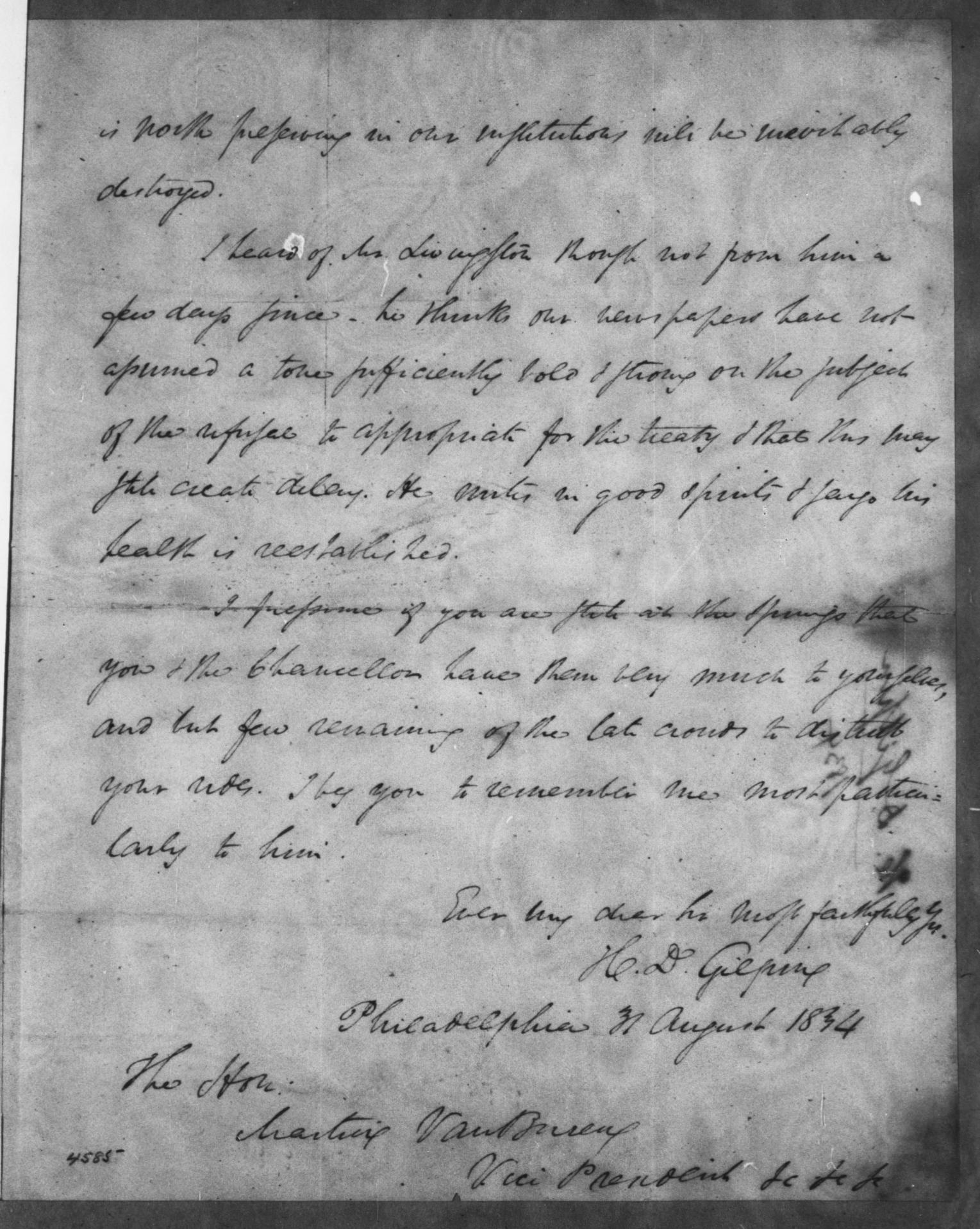 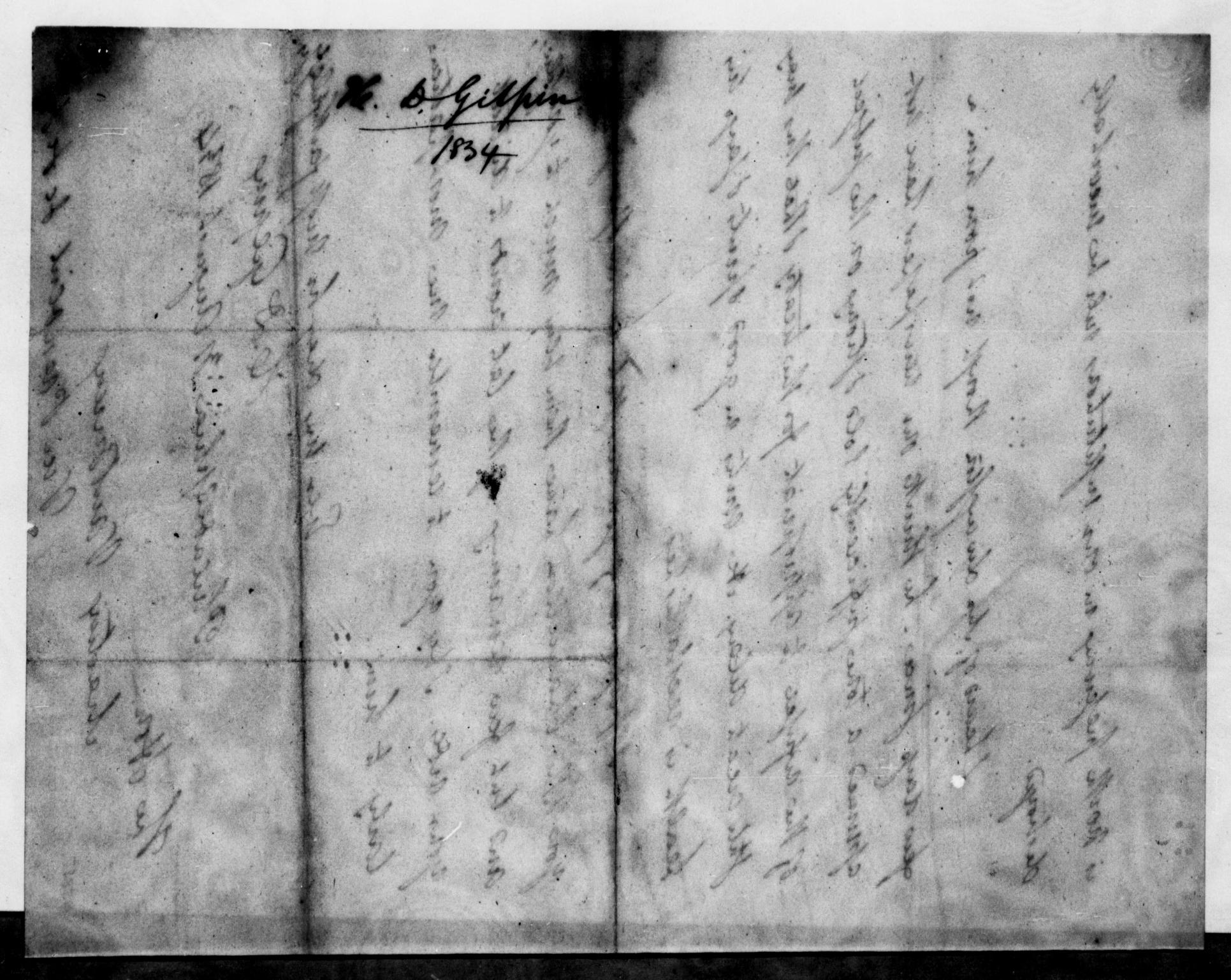