I reached home on the evening of the 5th. worn down with bad health, hot weather & intolerable roads found my family in good health except Sarah who has just recovered & has now the promise of health. I found on my whole journey every thing to cheer us, prosperity every where, and all gratified & happy on the prospects of a circulating & stable metalic currency, and particularly the gold coin which, many had not for years seen a piece, before we presented them in payment of our bills. I had taken the precaution to lay in as many half Eagles as paid our bills on our passage.

I have been met here by so many communications that I have not had time to get thro’ reading them and I have been constantly crowded with company that as yet I have not been able to see my farm, but the crops are abundant every where I have passed, & as far as I have seen mine is a medium crop.

I have been waited on by a committee representing a large meeting at Nashville & invited to partake of a dinner at Nashville on the 13th instant. This I have accepted being advised that around the board it was the wish of my friends to give to the whole union the real sentiments of Tennessee—Tennessee is against the Bank, & a Bank, of any kind or description created by the u. states.

Our friend Bell has found what I told him in Washington to be true that his silence had destroyed ^injured^ him at home. He must come out boldly against a Bank as well as the Bank or he is politically gone. I am told his friends, will compell him to come out boldly and take his stand openly against the Bank & a Bank & in favour of you. This will save him & nothing short of it. Having thus ^far^ written I am handed your letter of the 22nd. of July Newyork with its inclosure for which I thank you. I had not seen the address before—for all thro' virginia at the public Houses I had not seen a Globe or a newyork paper. I am happy to hear the cheering news from the north and its not less so in the south and west as far as I have travelled or have heard from. Mr. Rives will receive a united vote in western Va. & Eastern & middle are changing very fast and all the signs of the times are flattering.

My dear Sir, do not complain of my not writing you before I was scarcely able to write the notes I did to Major Lewis, the incessant rains, bad roads, and ill health gave me not time to write and in truth I did not wish to write until I had something worthy to communicate so soon as the Dinner on the 13th is over I will write & give you the particulars.

My son & daughter & Major Donelson join me in kind salutations to you. Poor little jackson is very sick with the chills & fever, but I hope they will soon leave him. I shall be in Washington, if health permits the last of Septbr. I think we will have good materials for my communication to Congress next fall. I am trouble with my old complaint & must close.

I am yrs truly

P.S. I am sorry you were not with me. Many regrets have been made that you were not. The state will be found with you when the day of trial comes The influence of the Bank and all its satelites to the contrary notwith standing. A.J. 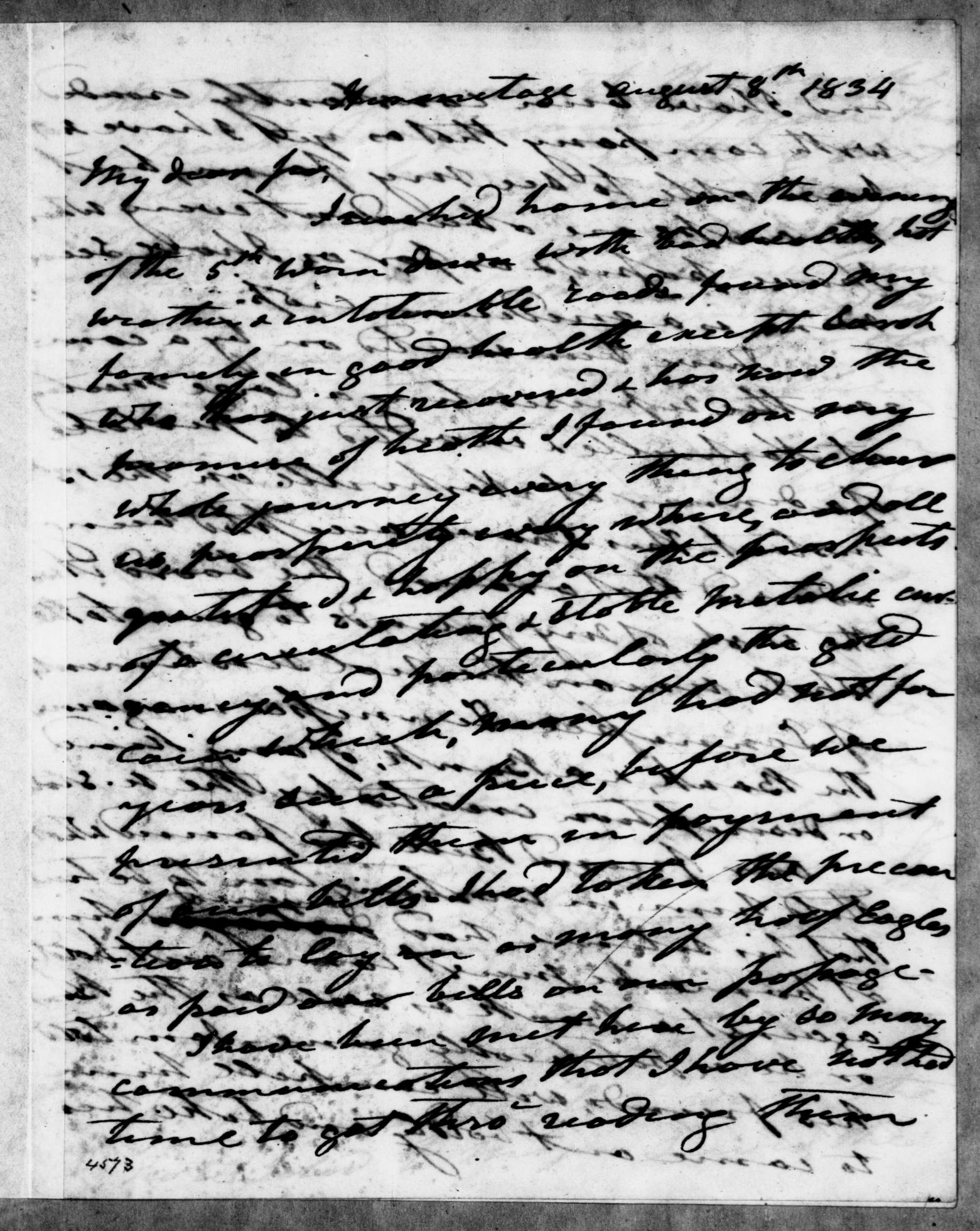 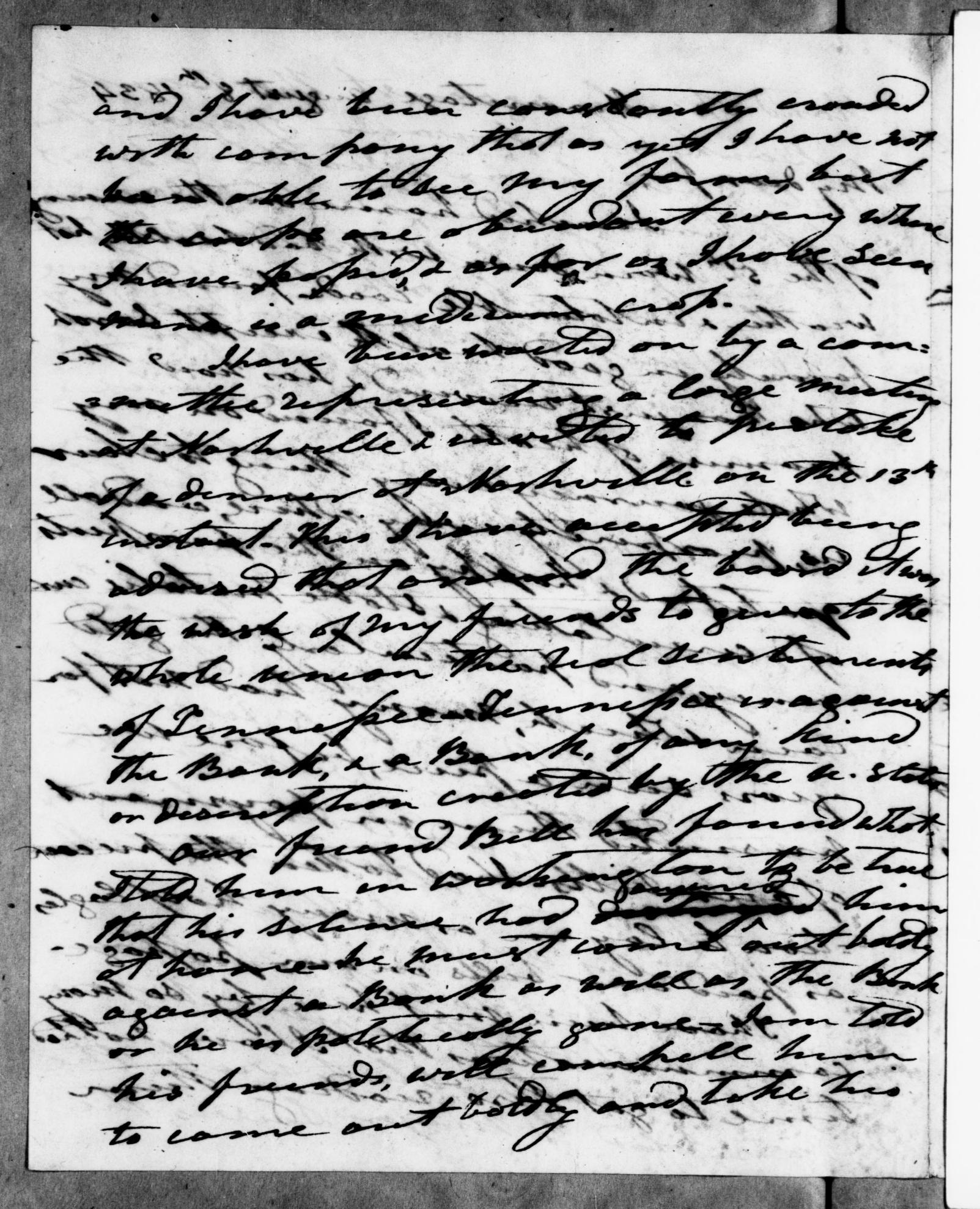 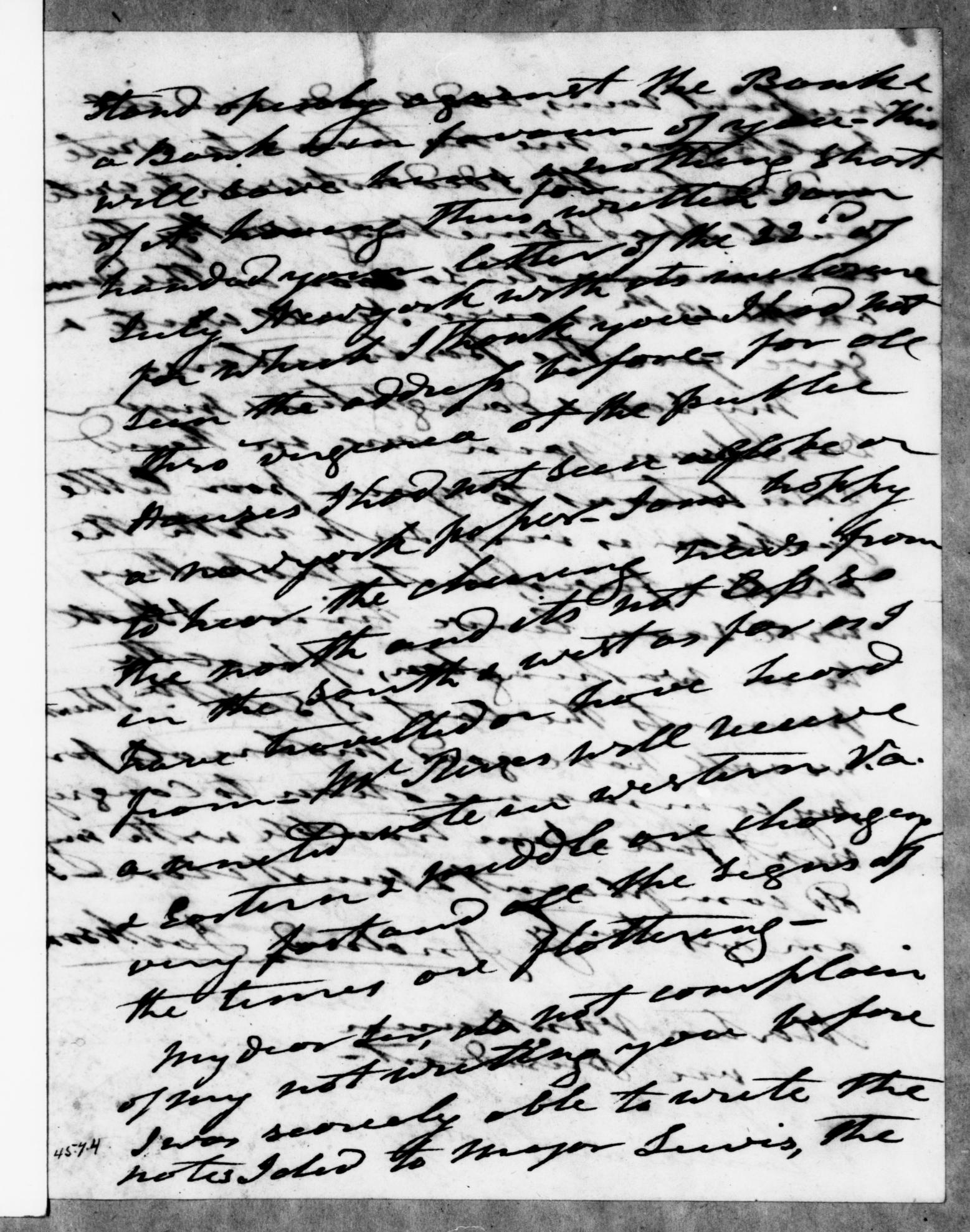 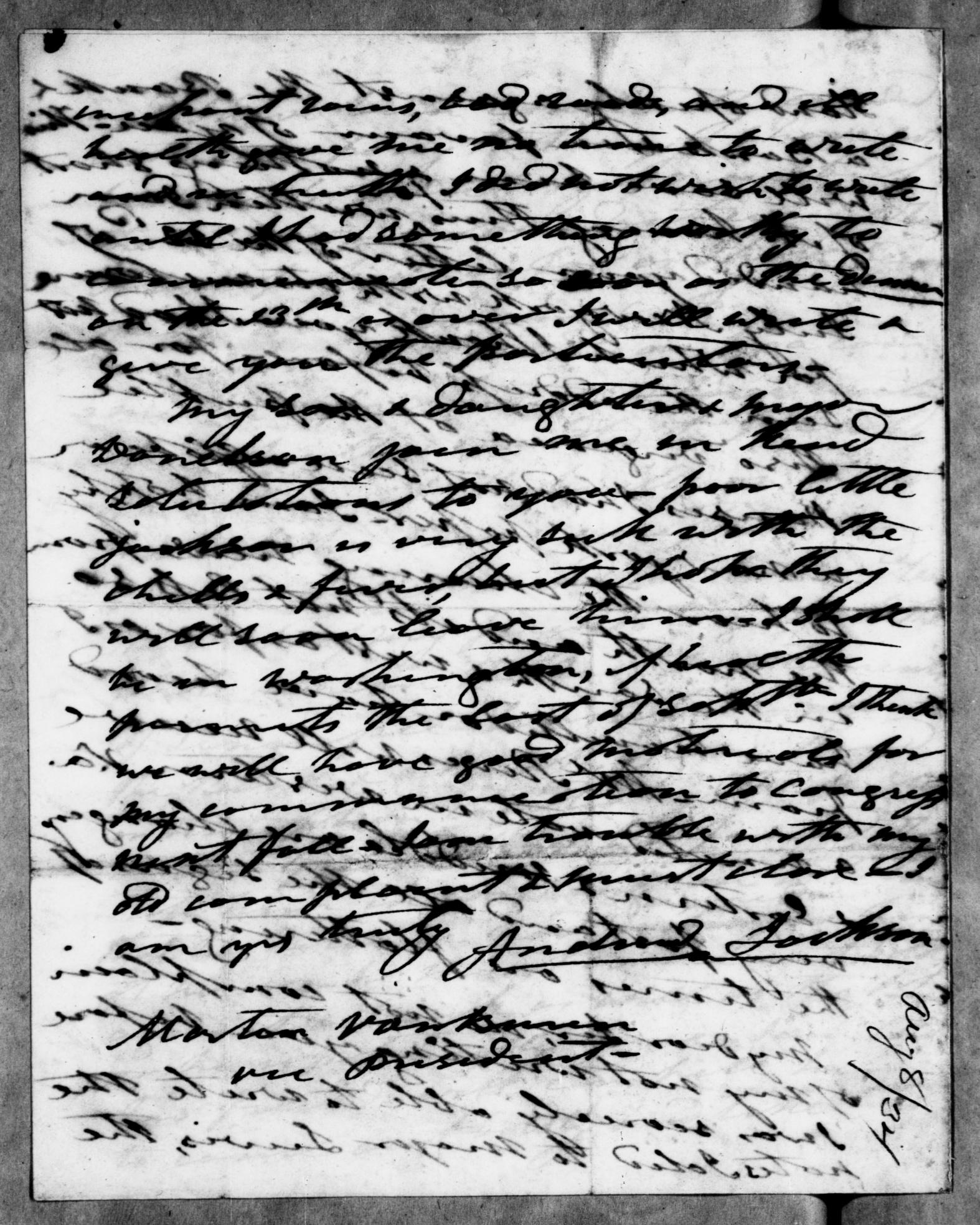 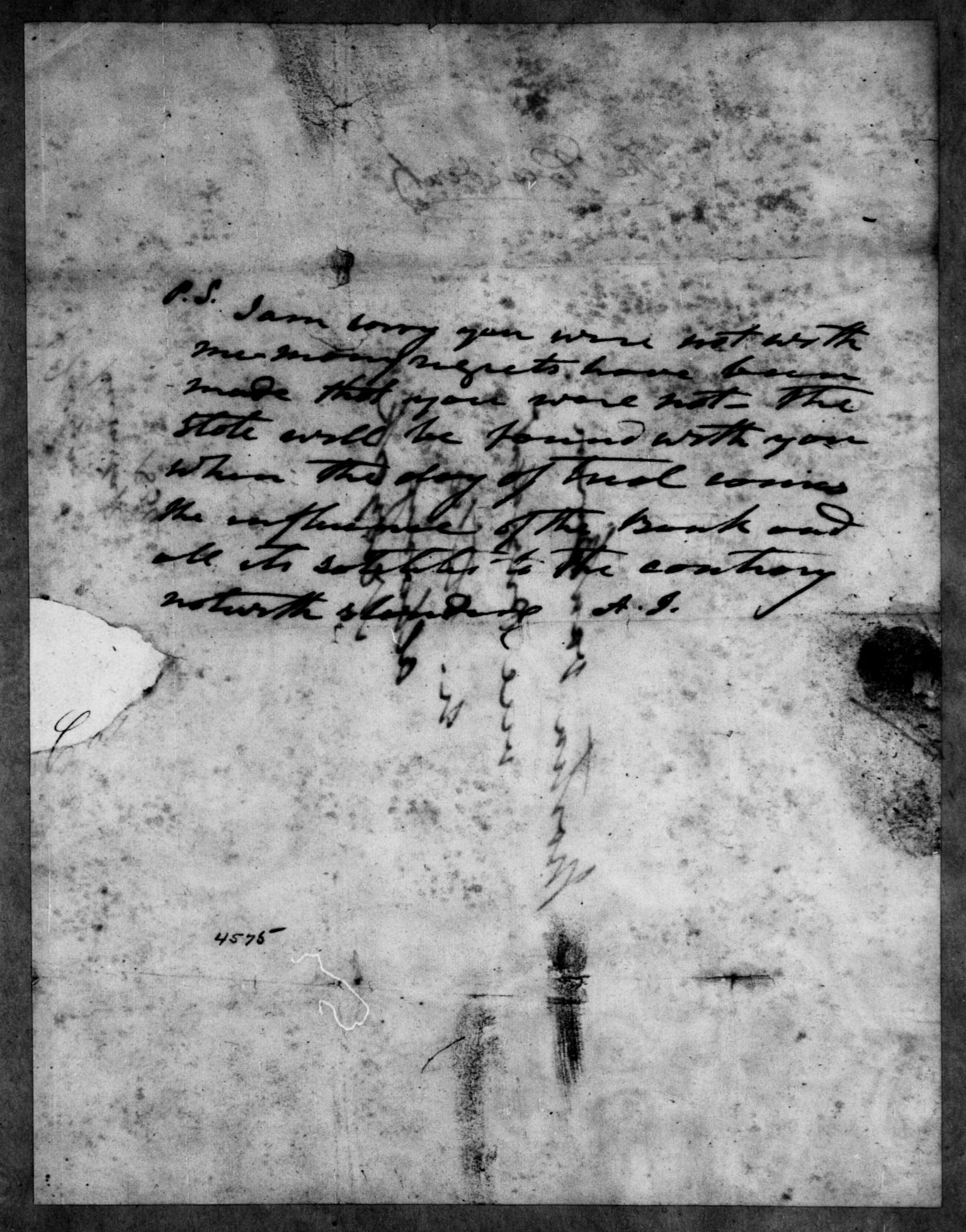 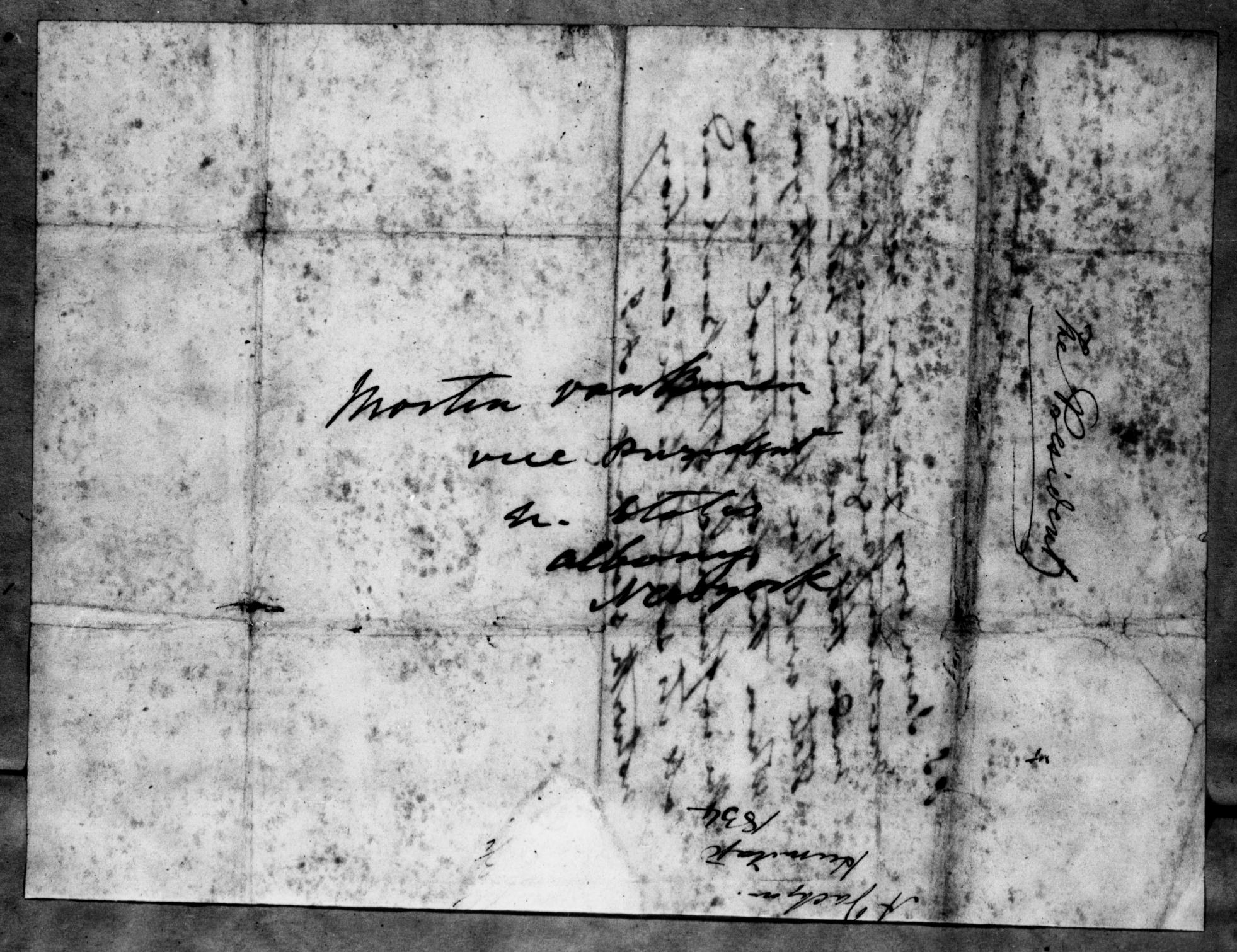