Permit me to thank you for your kindness in remitting the report of the Treasurer; and the accompanying letter. You may rest assured, sir that Penna. will never desert first principles. As a state she will adhere to the doctrines of Jefferson & Jackson. She will never sanction the vascillating course of Senator McKean, but will at a proper time request him to resign or obey his instructions. I have heard that the Hon Lewis McLane has resigned the office of secretary of state. I am sorry to hear it for the opposition will attribute it to disaffection and discord in the cabinet. We have many others whom I could wish to see elevated to that office. Mr. Rives of Va. Mr Forsyth of Ga. or Mr Benton of Mo. any of them would do honor to the station. But as Mr Rives has resigned his seat in the senate sooner that violate his oath to support the constitution or act in opposition to the expressed will of his state, I hope the president will duly consider his claims. I am opposed to the appointment or even retention of men in office who do not approve the course of policy <allocated> to the functionaries of the Government. I never could believe in the doctrine that a few purse proud aristocrats were created for the express purpose of filling all the offices of the people. Appointments to office should be frequent and changes frequently made. Retain a man in office for a series of years and let him acquire wealth from its perquisites and he will soon believe the office belongs of right to him; and considers it criminal to remove him

Great clamor has been raised against the administration for the removal of some of its most bitter revilers, but unfortunately too many yet retain office at the will of the executive. I should certainly be in favor of making a general sweep, as office like wealth has its influence, and now backed as it will be by the United States Bank, that influence will be more sensibly felt by the people. The history of our country furnishes ample testimony that ever since the reigns of terror in ’98 down to the present moment the federalists have used every exertion to crush the democracy of the nation; no means have been left untried, no falsehoods however glaring have be spared to effect the object, and now sir, I am thoroughly convinced that the primary object of the bank and its partizans is the same. as You sir, are a stumbling block in the way of the Bank, and to destroy your popularity appears to be one its primary objects. But, Sir, your character and popularity belong to the country, they are in the hands of freemen, and whilst your object is their happiness, and you act prudently and firmly in their cause you have nothing to fear from this mammoth corporation and all its mercenaries.

I am dear Sir, 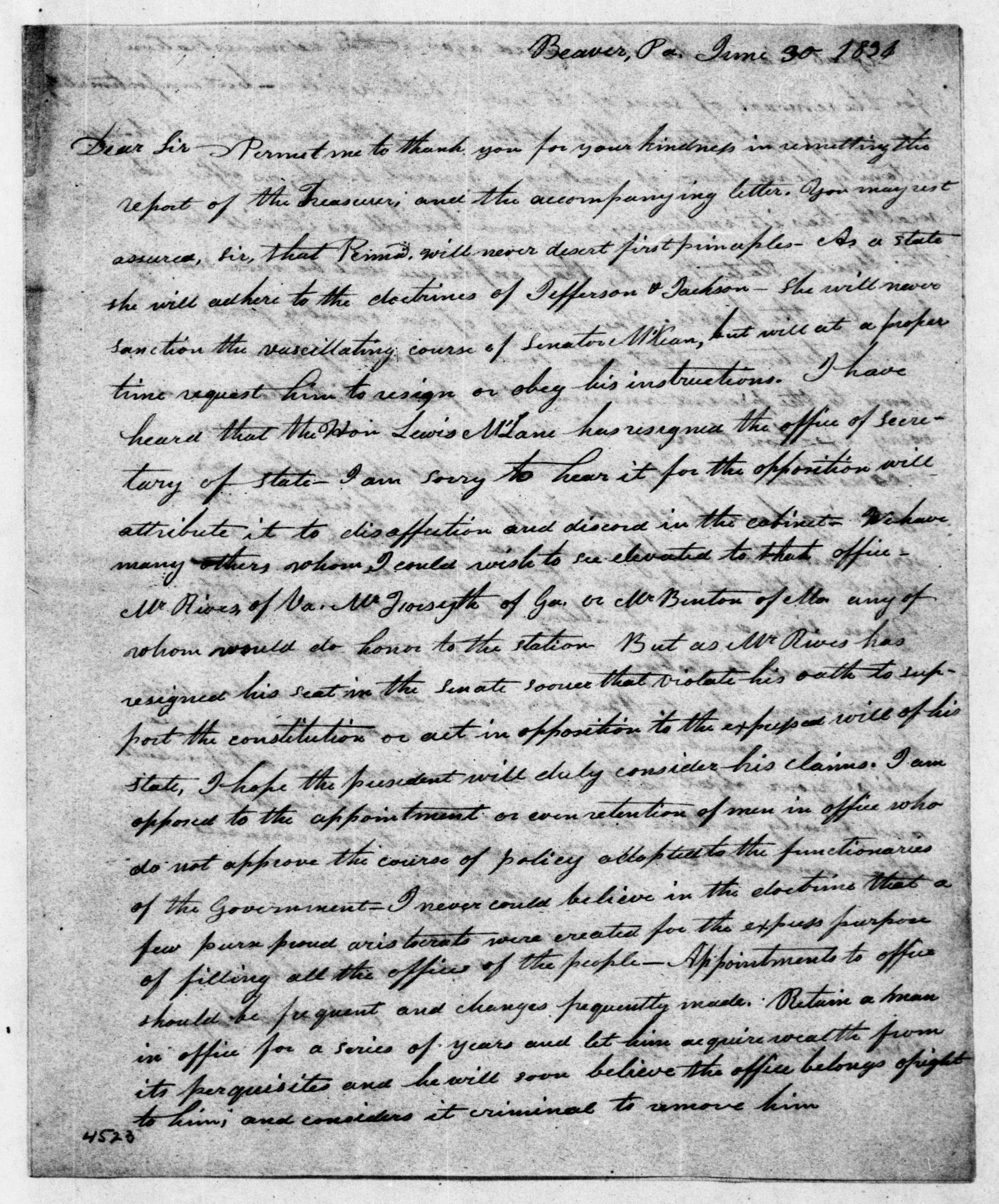 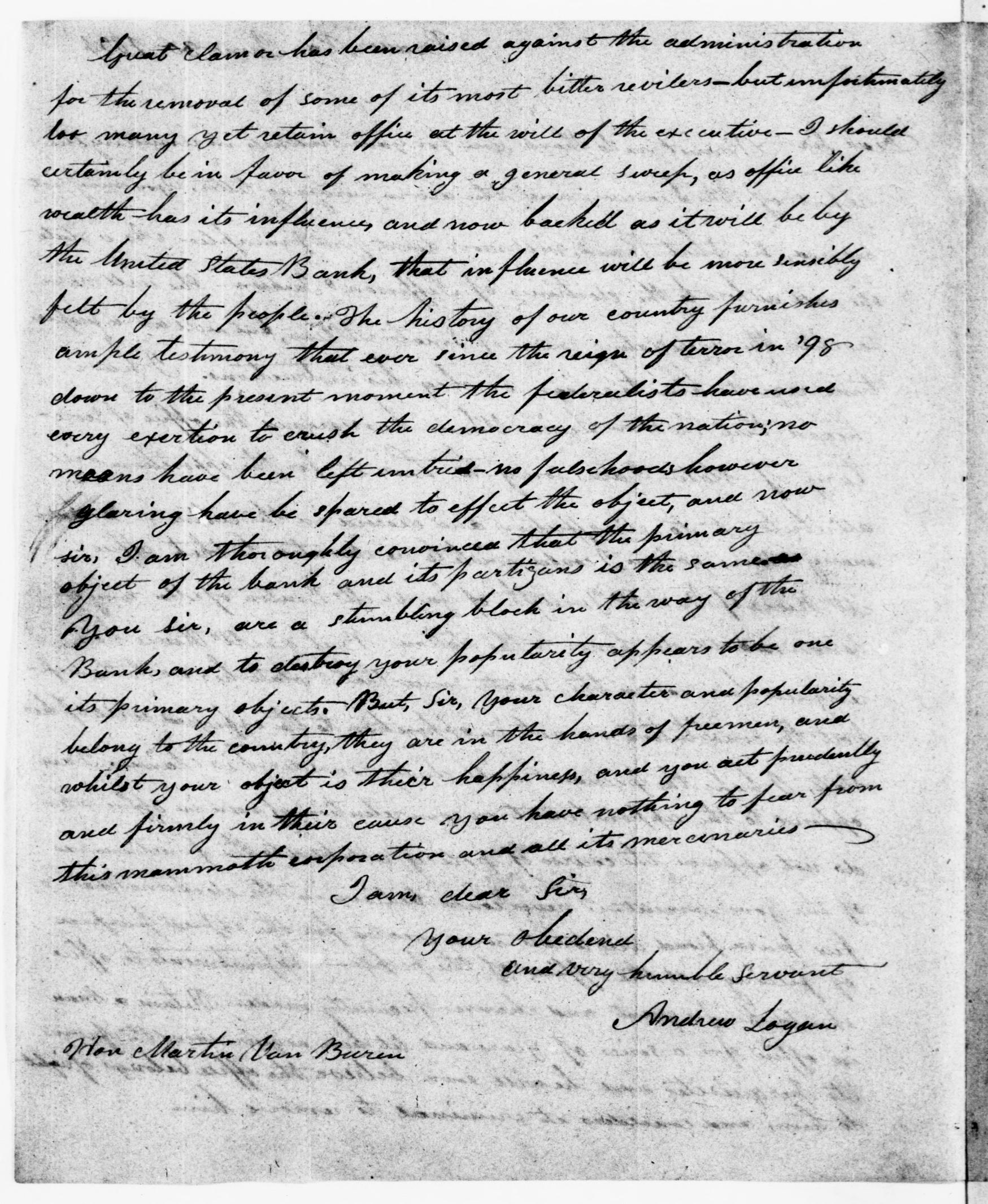 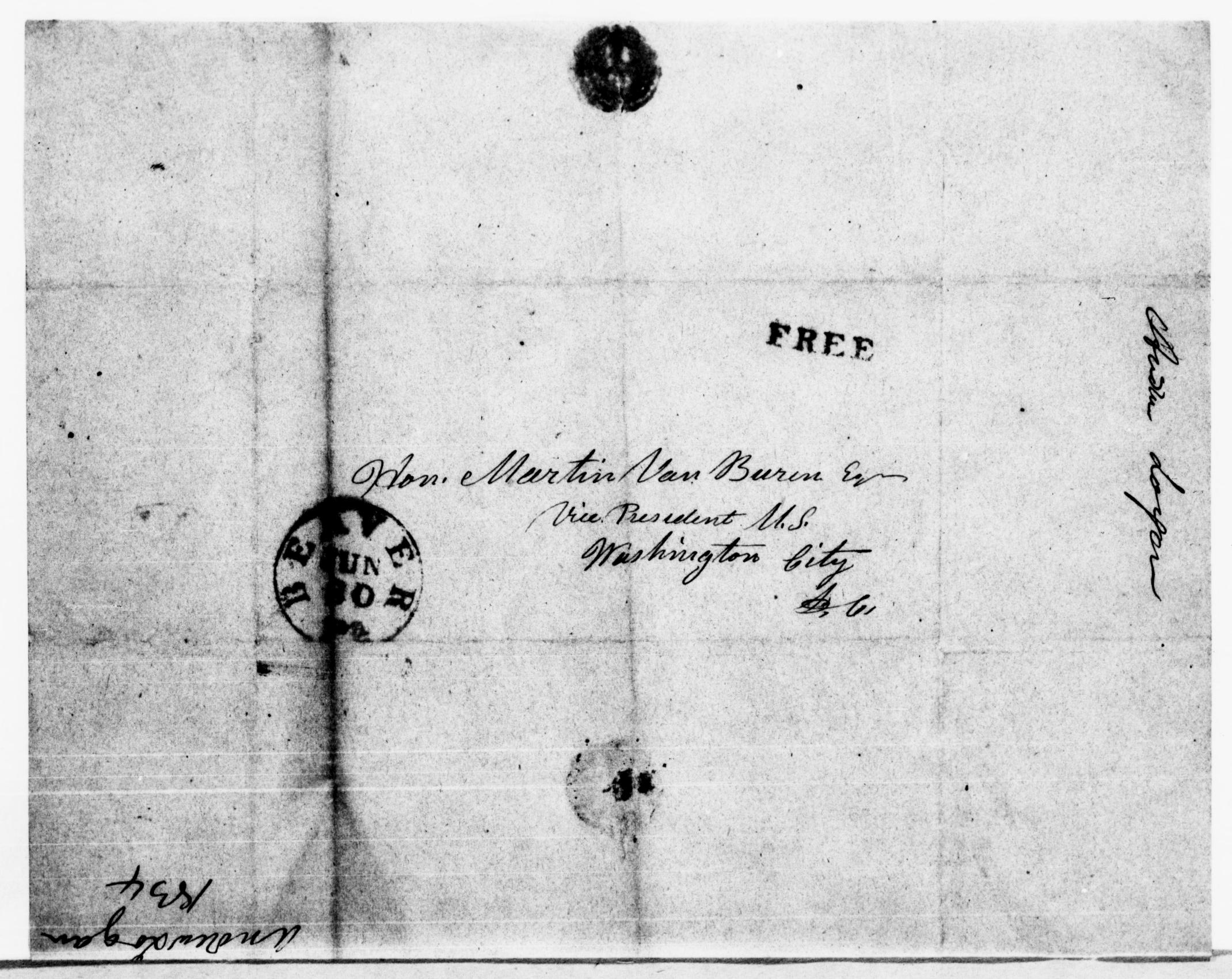