I have this moment rcd. & read with pleasure your letter. I wish you would write often as your letter give me much pleasure & relieve very much the regular & tedious routine of public duties. My situation is every day becoming more agreeable to me. The idea of making sly insinuations agt. me by the Speaker is becoming odious & will soon be entirely discontinued partly from <that> consideration but principally because they are getting satisfied that they do me good by them. Preston made a very <flowing> speech, extremely well delivered but, destitute of argument. He is evidently desirous of leaving upon good terms with me, has called twice, is the Cousin of Col Benton, by circumstances obliged to be very bitter agt. the President although I have no doubt he would be better pleased if those circumstances did not exist. You & Mr Croswell are right about Virginia. You will see in the Globe of this morg the indications of a return to old principles, which will without doubt be <illegible> in the end. Such an article as you speak of written with care would be useful, but be <careful> not to justify or excuse his course as to the Deposits, unless carefully and wisely done it will be best that it be not done at all but <leave> <her> to himself. She is very jealous of foreign interference. <Now> My Vision of the future is this. The Federalists of the north will give their countenance & aid (and such aid) to the nullifiers of the South in consideration of the support they give to the Bank &c. This co-operation will in due time arouse excite the prejudices and arouse the resentments of the old Republicans of the South and in due time also knock from under the nullifier their <illegible> <illegible> at home & when that is ascertained the northern Federalists will treat them as they have always been willing to treat every Republican that has ever gone over to them & as they are now ready to treat Mr Clay. If this prediction is not history before two years are over I am no magician. Forsyth said a few foolish things on the first day but yesterday made the recent eloquent speech decidedly that I can <heard>. It was for several minutes after he got down before I could recover myself to sufficiently to attend to business. Mr Wright will present our resolutions tomorrow & will state in doing so the creed by which we mean to stand or fall. I wish Mr Croswell may follow suit. Nyork must be in the front ranks in this Battle. My hour has come

Remember me affectionately to all

& believe me truly yours 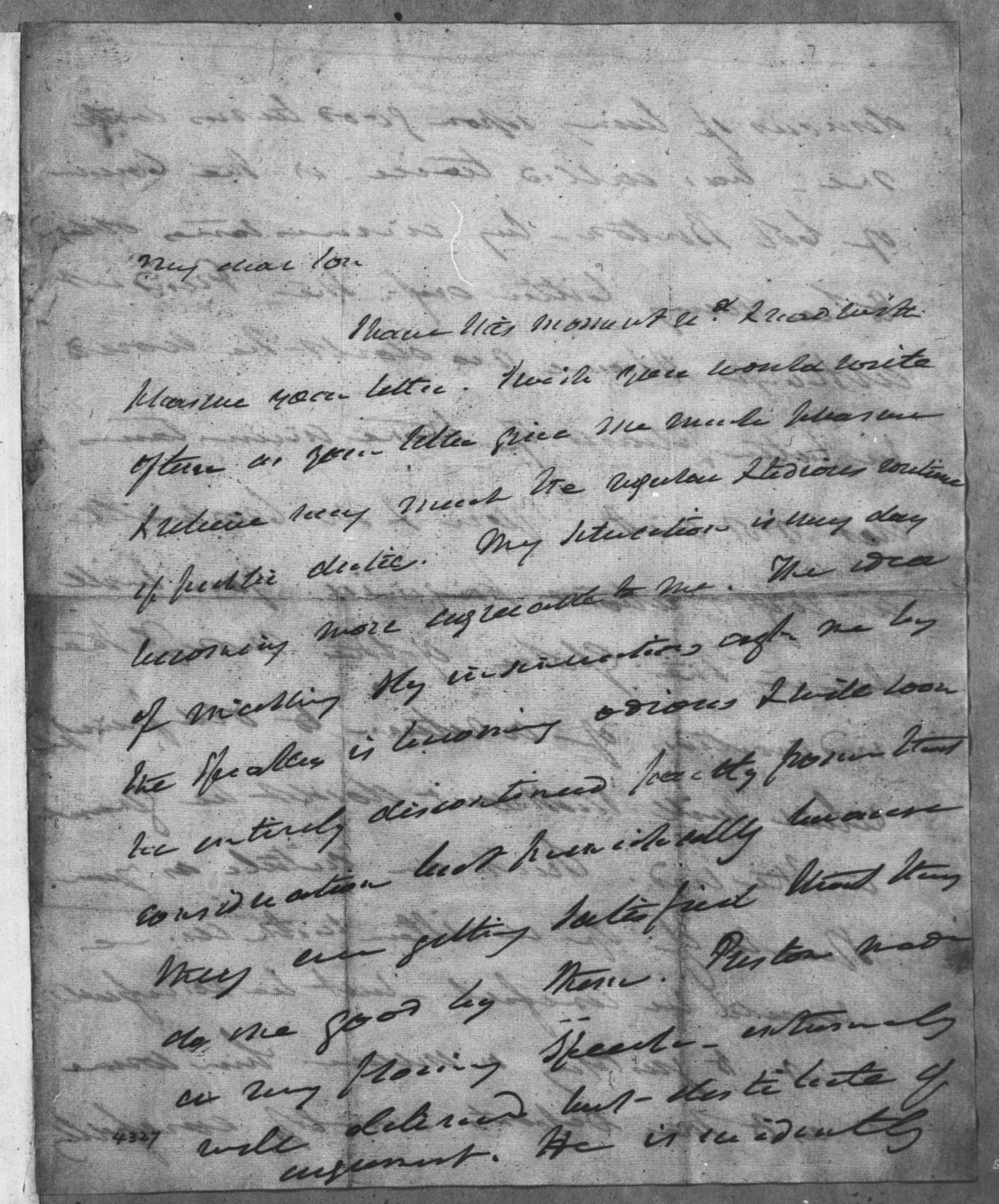 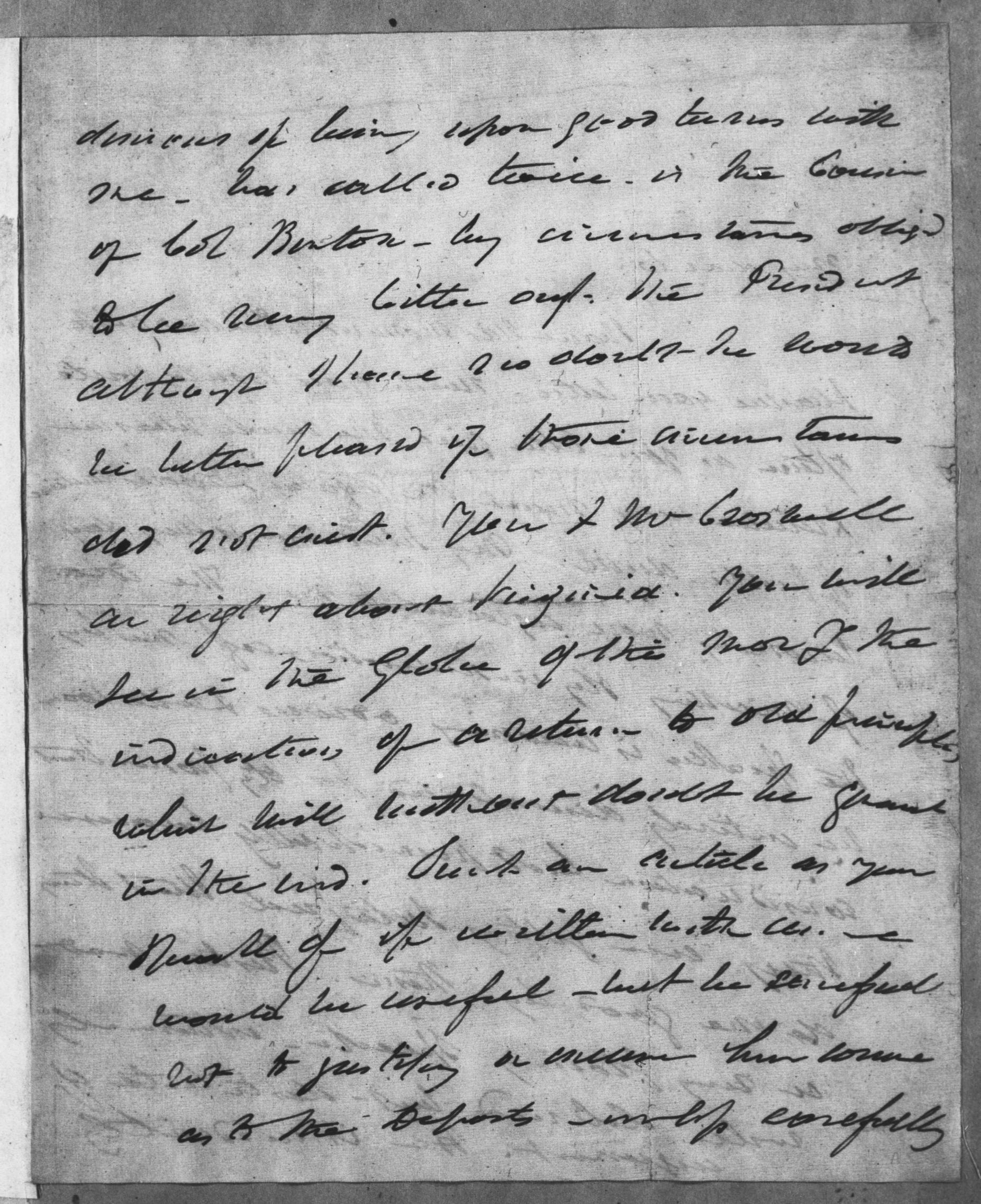 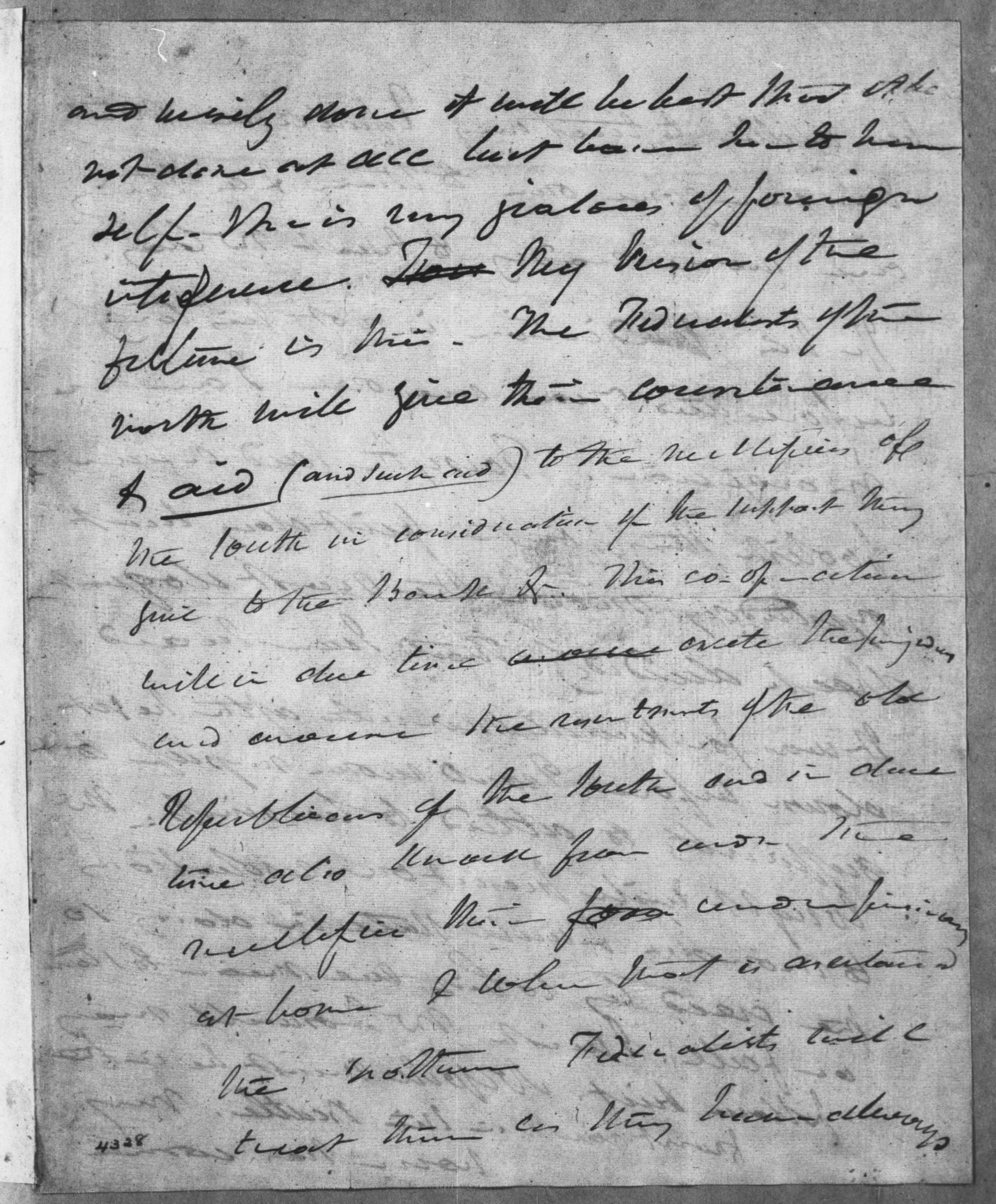 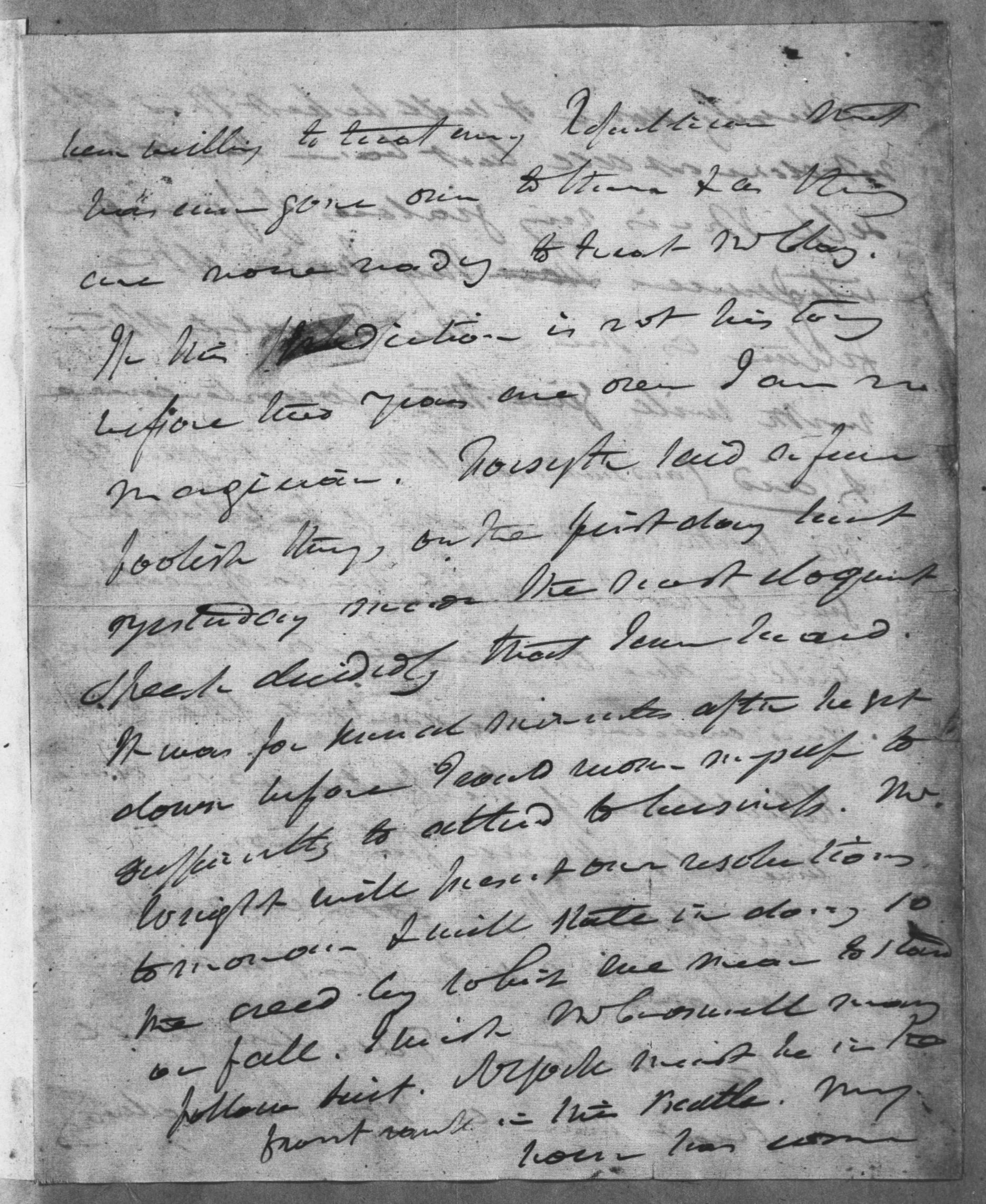 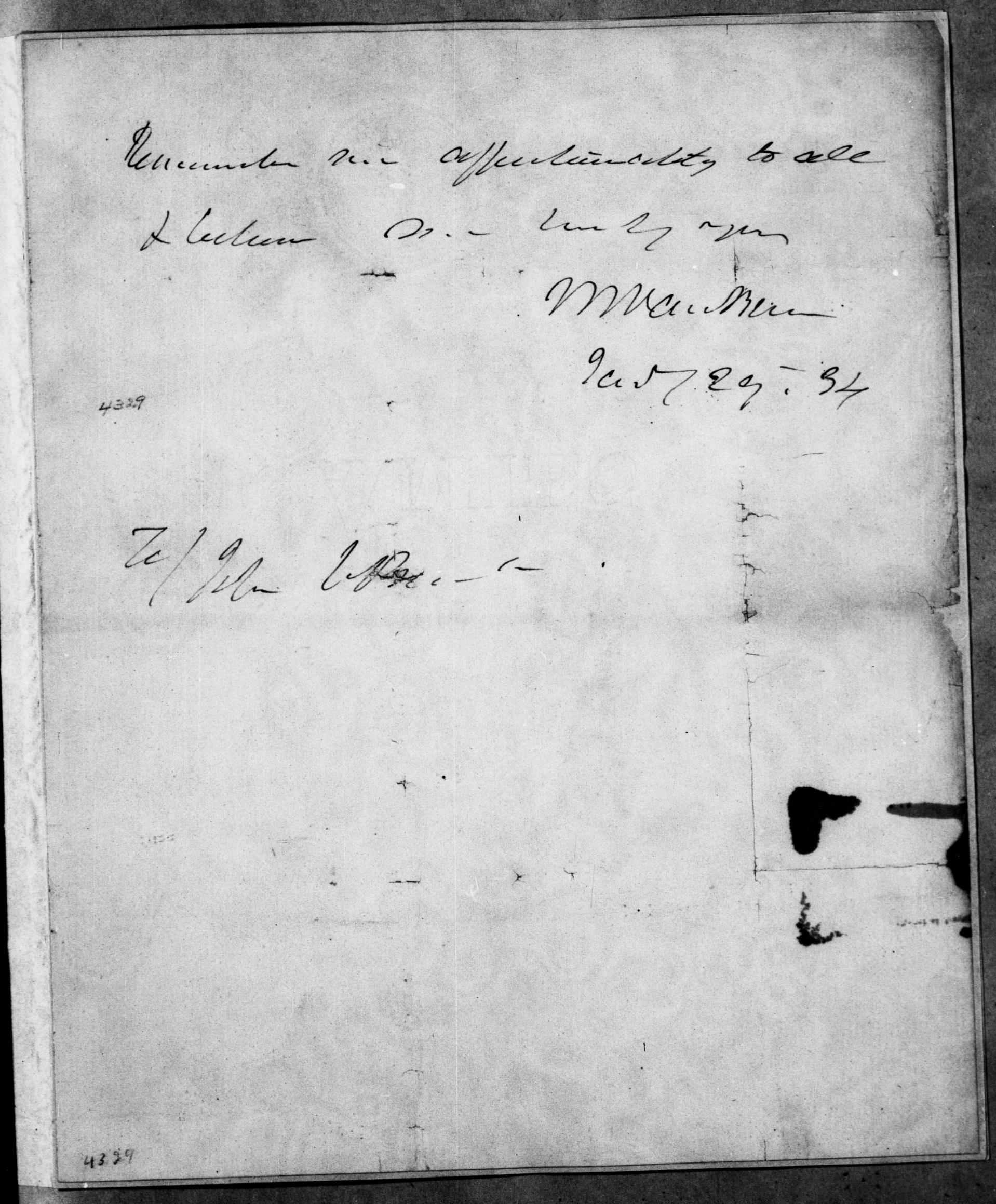 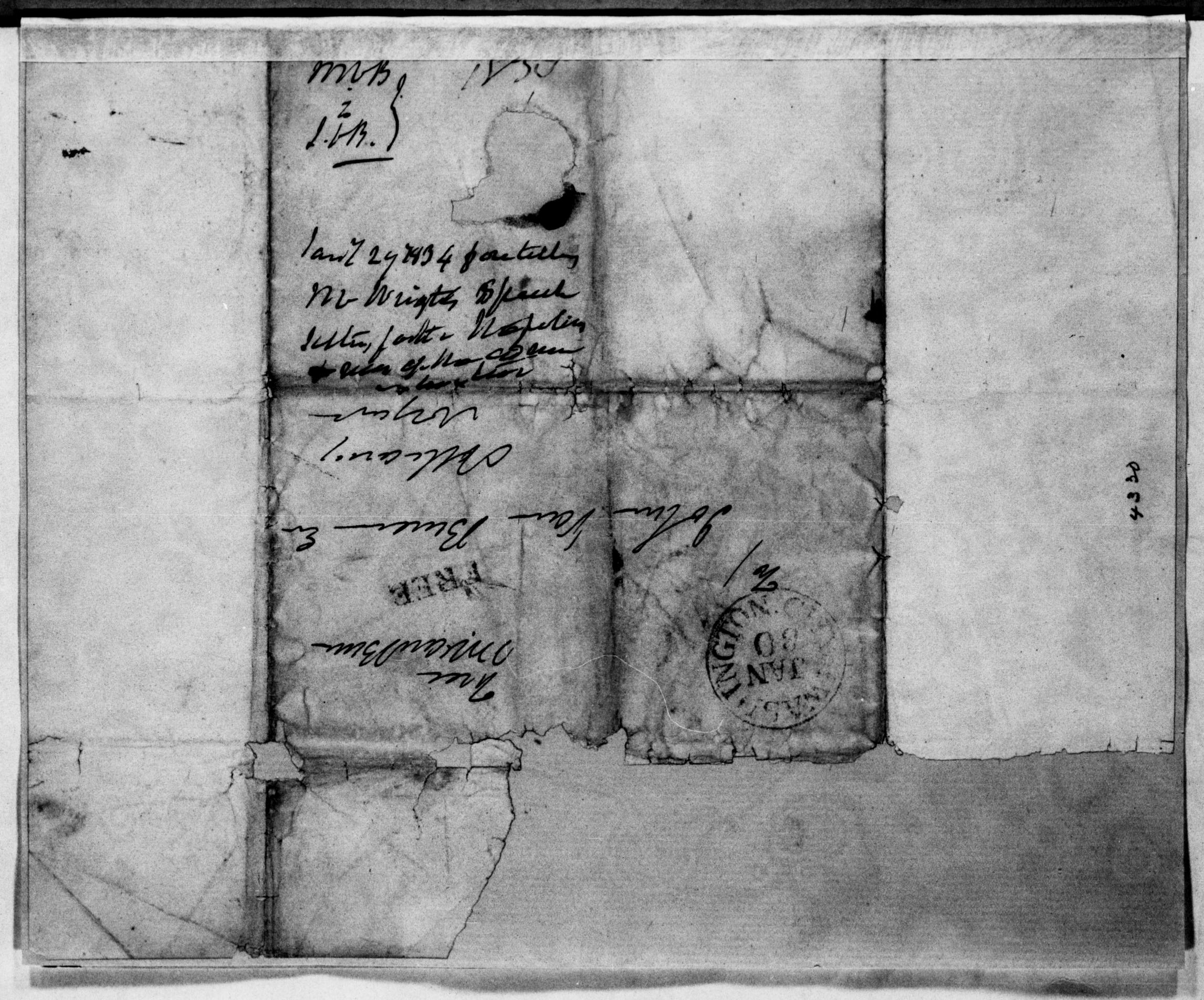