I Congratulate you on the resolutions in regard to the deposites and the refusal of the re charter. Certainly New york is a queen and as Clearly Mr Van Beuren is a bold and Sagacious Statesman. I Should have feared the Combination of Brokers and Politicians until too Late. I beleive you have Saved the Country from a great Evil. My Blood was not fairly up until the insolence of the Bank heated it above Boiling. The folly too of attempting to frighten the old man. He is a rich Character. I would Like to know him intimately so as to be able to <hit> him off dramatically. His name must go down to Posterity but, it may descend in the Coldness of Historical distillation or in the moisture of Rhetorical dew drops. I would prefer to Send him there in the Energy of action and passion. Neither in the oil Colors of a mere picture nor in the immobility of monumental marble but on his War horse when the tide of feeling was at its highest. The Veins fully distended yet the head Cool and Calm. He is really Worthy of being preserved by a great Artist. I heard Taneys report He understands Equally himself as his Subject and has Cut out Work enough for the Journeymen Tailers in Both Houses. I was mortified at McDuffies Coarseness. Surprized as Clay puerilities and renounce all faith in heathen Goods & Intemperance Eloquence and Ingenuity ^was Looked for^ in Both but maudlin Lamentations & fears for our Liberties in neither. Benton has done Excellently Well. Calhoun & Webster ^dark^. The former may darken South Carolina. Should your Social relations with Governor Hamilton yet remain Could you not substract him? I know not what is in agitation but I anticipate the Worst, so much Stillness forebodes a Storm. Talking of a Storm puts me in mind of the Last Wind which Swept Chimney and roof of our dining rooms Clean away and Covered Mrs. Bunner and myself with [. . .] Bricks and mortar we were quie[tly] sitting after tea at the fire The <illegible> of the <illegible>[. . .] in the Hall. Nobody Injured The Gentlemen & Lady neither alarmed. We can Repair in april and give you a dinner if you will Come and Get it in May. 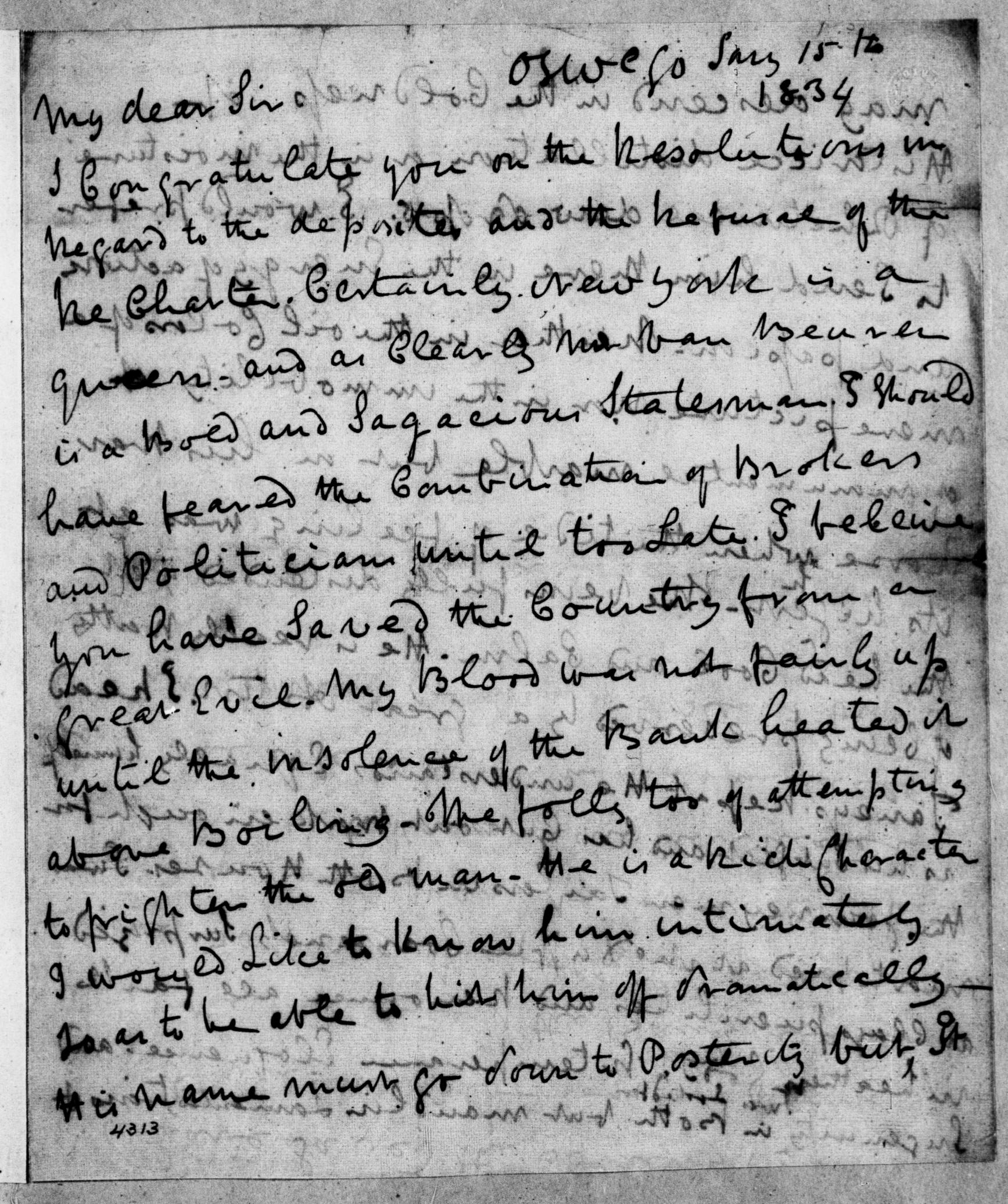 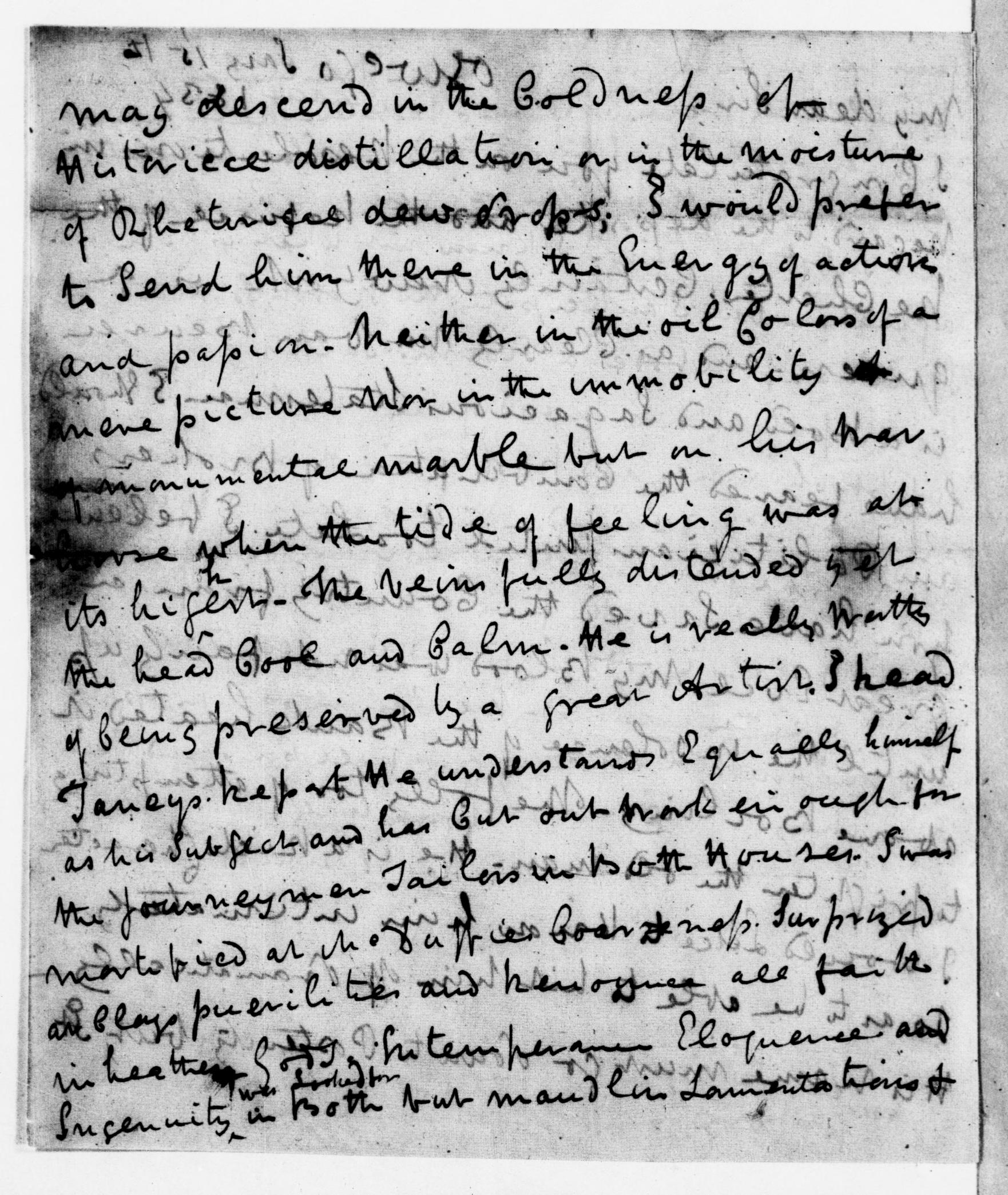 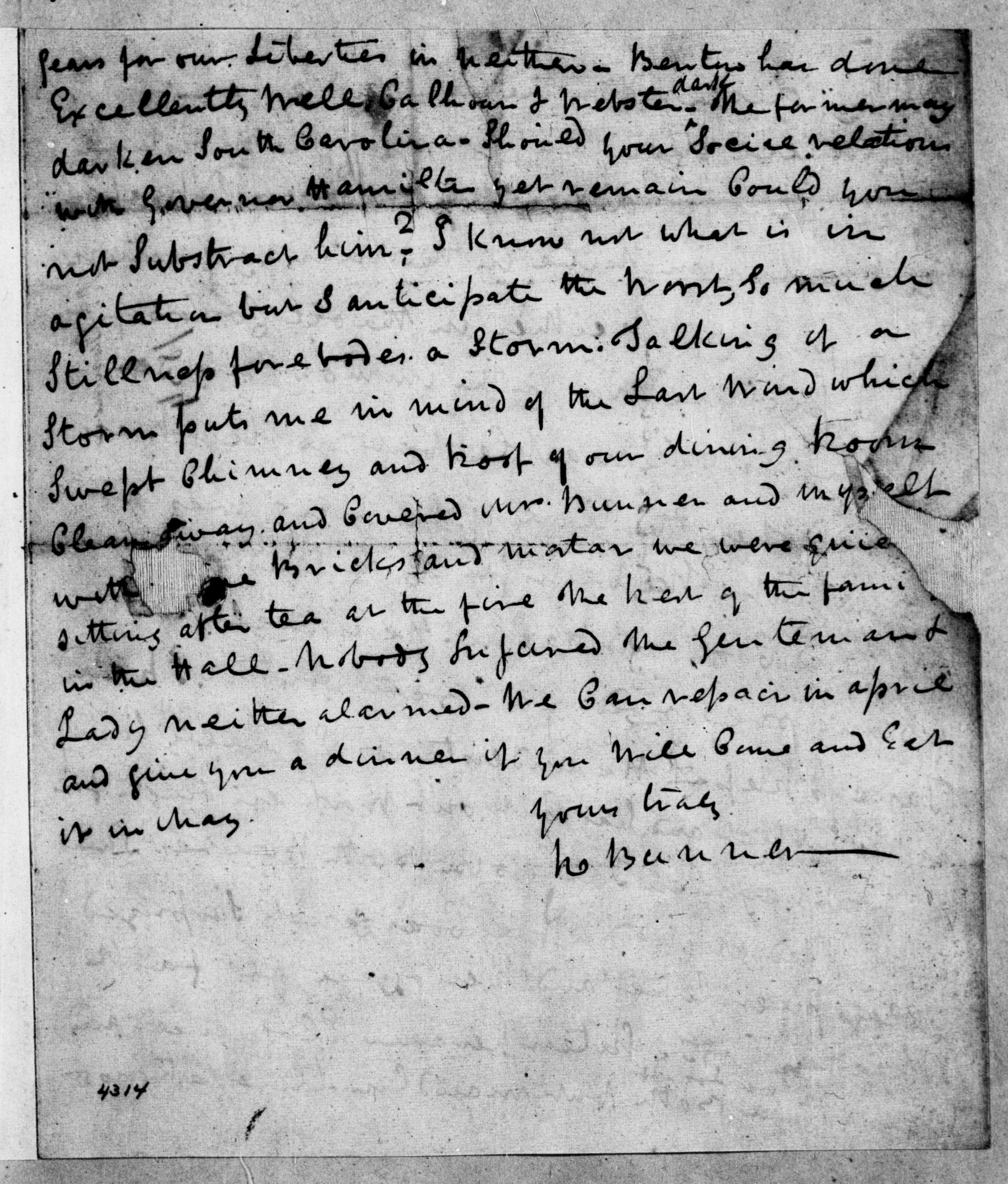 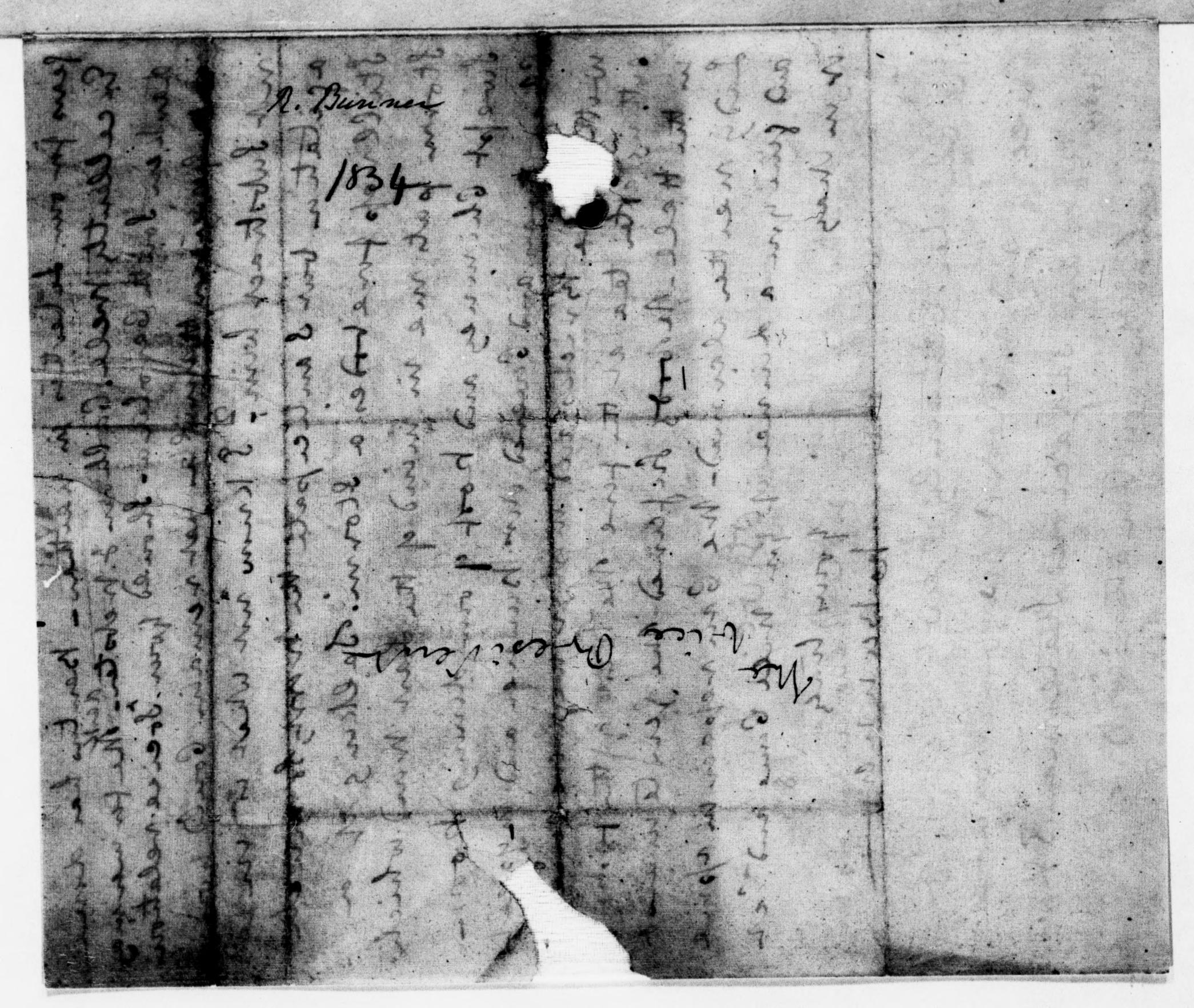