Although I have no personal acquaintance with you, yet during the time I represented this district in Congress I was several times in your Company, and from that time to the present I have been a close observer of your political course. A recent contest for congress in this district has just terminated in my defeat by the Election of Genl McCarty by a small majority. The contest turned in part upon our preferences [. . .] next president. McCarty having openly declared [. . .] against you and in favour of John MClain & [i]t being understood that although I have heretofore been a warm supporter of Mr Clay, that in the coming contest you would receive my support, the question is being considerably agitated. My friends in this section of country have not as yet taken any stand. The McCarty party will go for McClean. I think my friends will go for you. My opinion is that you can carry this State by a prompt exertion. I should be pleased to correspond confidentially or otherwise with some of your prominent friends, as to the time and manner of action in this state. 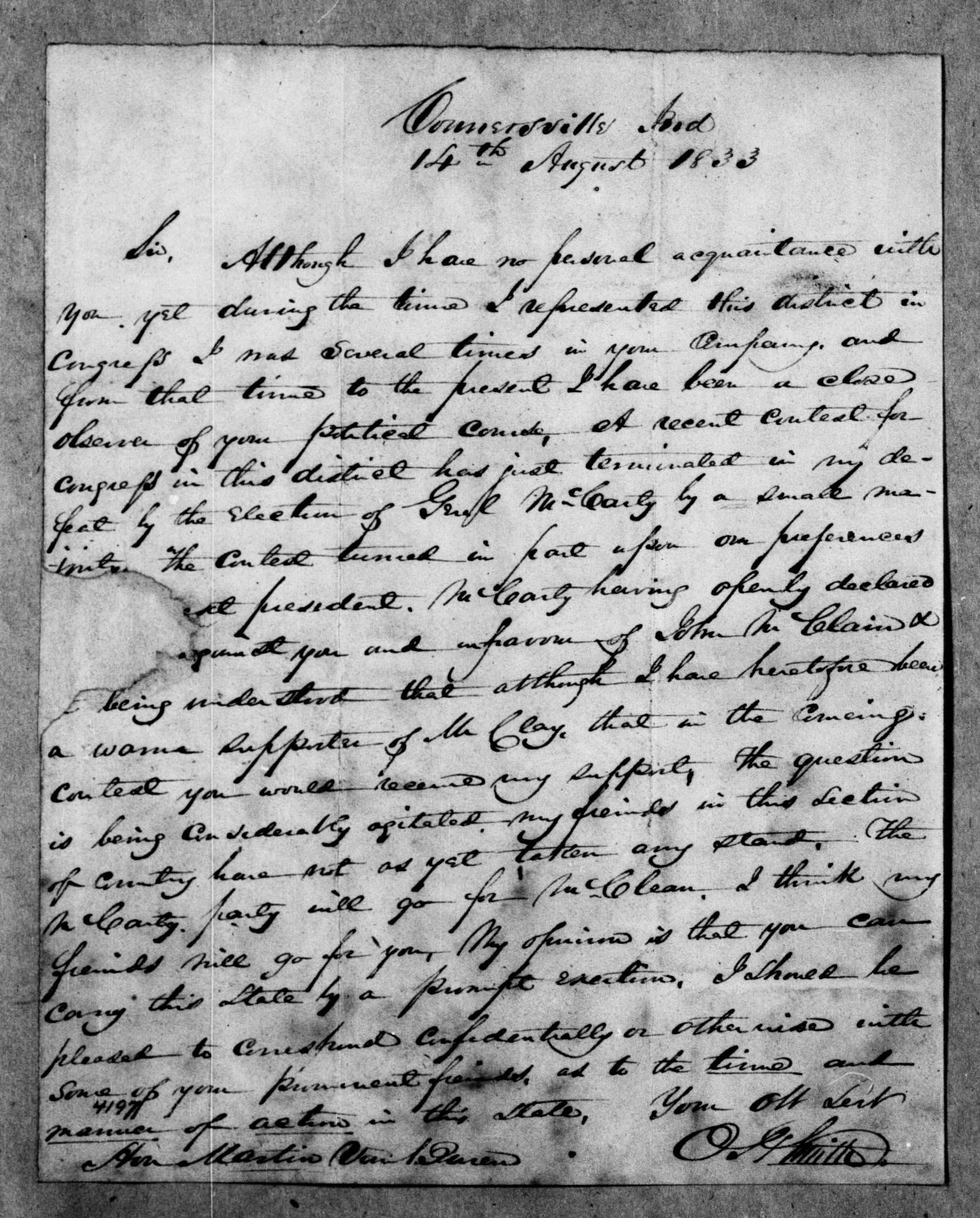 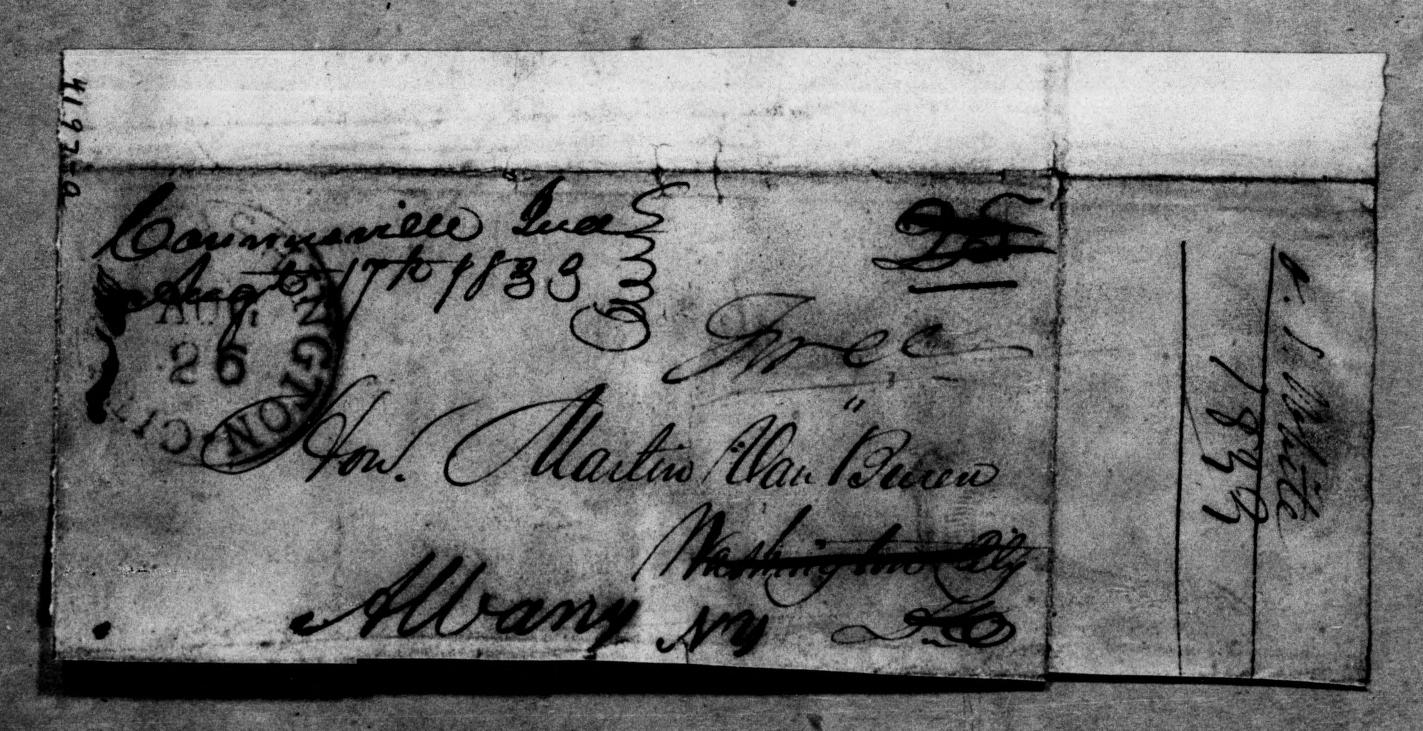