May you live a thousand years and always have a thousand sheep, a thousand acres of Oswego land, a thousand sweethearts, and not a solitary applicant for office. Here c[om]es another and yet another. I'll never vote to put a friend of mine in that office again. Do[c]tr Townsend's letter explains it’self. I gave him a letter of introduction, but I wrote him I had previously applied to you in behalf of two friends and therefore could not with propriety urge his claims. La Belle Hortense thinks she would like to live in the palace again. She is much improved. They live in a beautiful spot and quite comfortably. She will be here in February. Poor Eaton is to be married tonight to Mrs. T.! There is a vulgar saying of sam some vulgar man, I believe Swift, on such unions, about using a certain household . . . . . . . . and ^then^ putting it on one's head. This last sentence prevents me from subscribing my name to this. I have no more time. Your <Excellencies> forever <&> 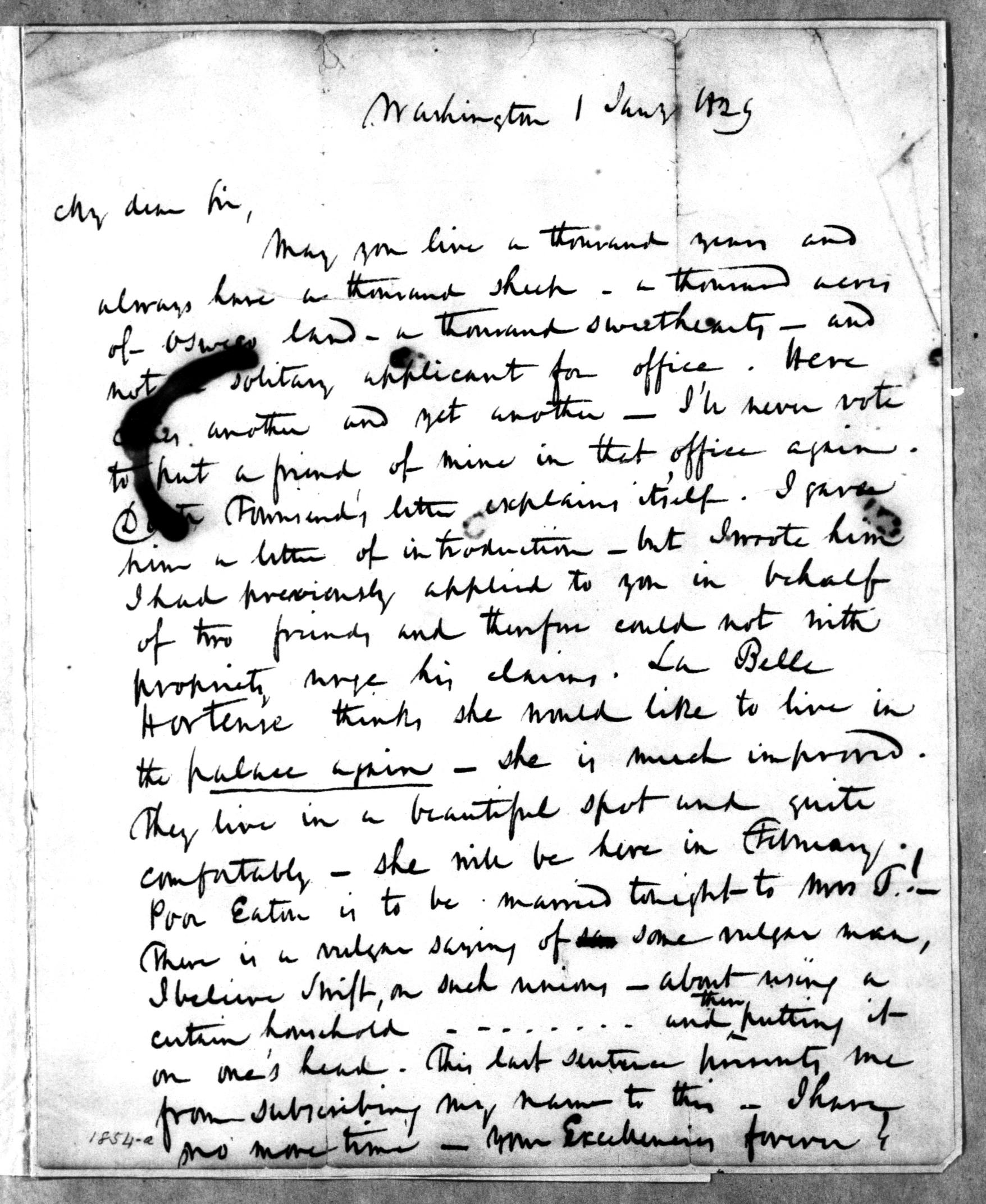 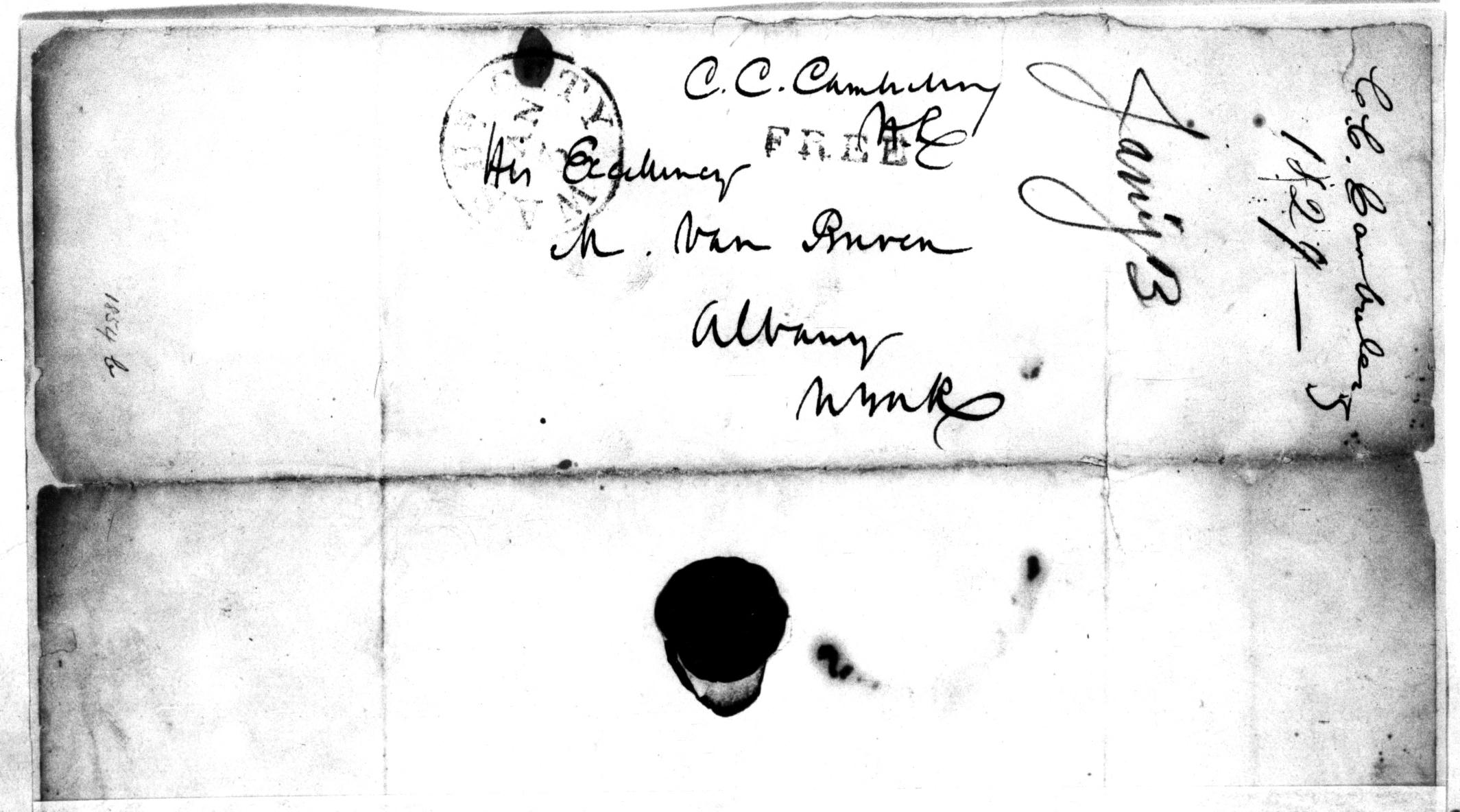