The “Daily Advertiser” having in some degree lent its sanction to the allegations that a plan is or has been on foot to obtain a repeal or modification of the law regulating the choice of electors in this State, and that such design has been intimated in one or more letters from Mr Van Buren to his friends in Kentucky, he is induced by the nature of the charge and the general interest properly taken in the subject, so far to depart from his usual course in relation to the accusatory articles which ordinarily grow out of our political conflicts, as to ask the Editors of the Advertiser to correct the unfounded imputation. That Mr Van Buren has frequently, in answer to enquiries from his friends in Kentucky & elsewhere, expressed a confident opinion that Newyork would give at least three fourths of her electoral votes to Andrew Jackson, is true; but that he ever intended to intimate that the existing law would be repealed or modified, or has said or written any thing from which such an inference could be drawn, or that he ever entertained or expressed a desire to have any such charge take place, or that he ^has knowledge^ <has any knowledge <known> of the existence> of any such design on the part of his friends or any body else, is wholly untrue. 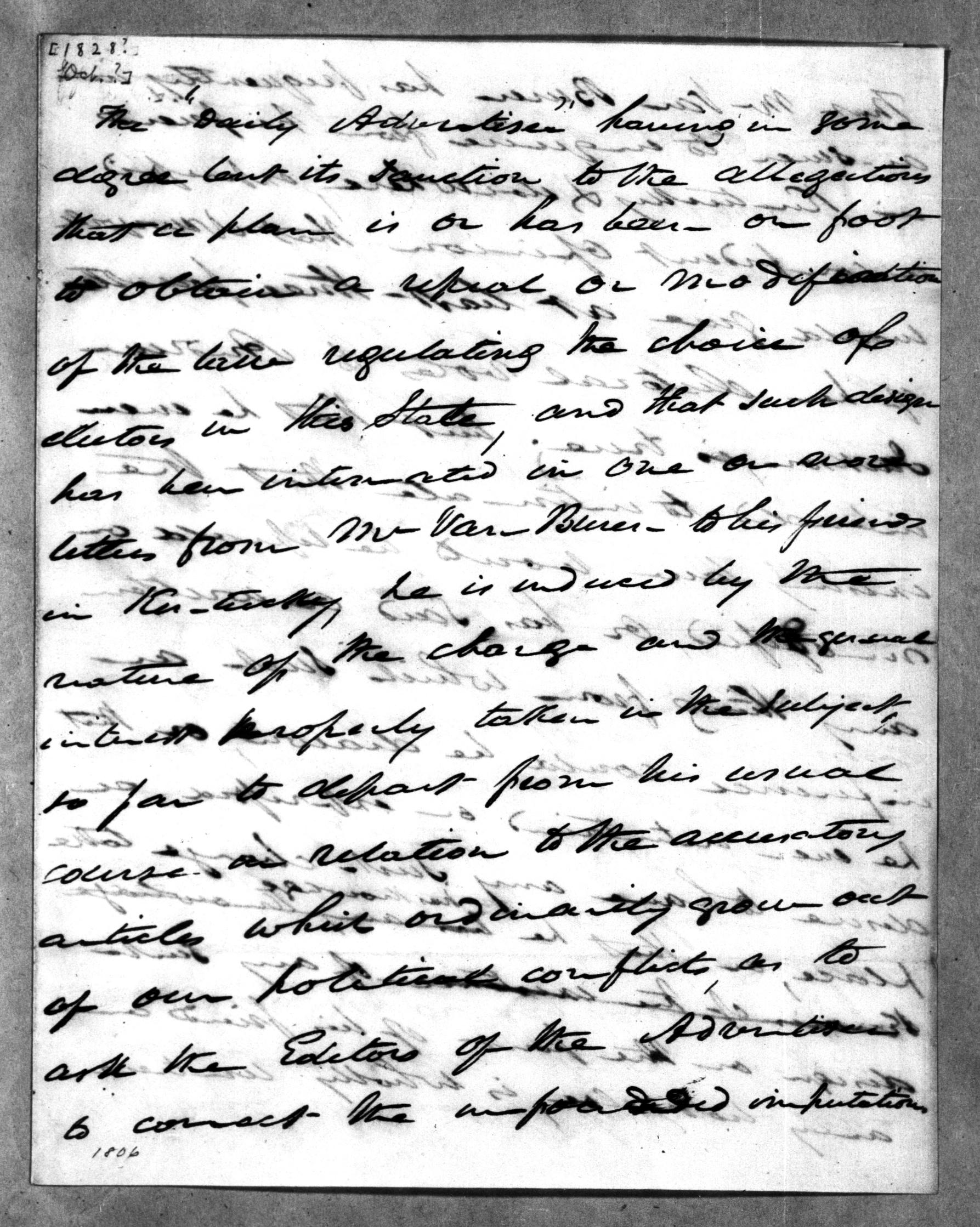 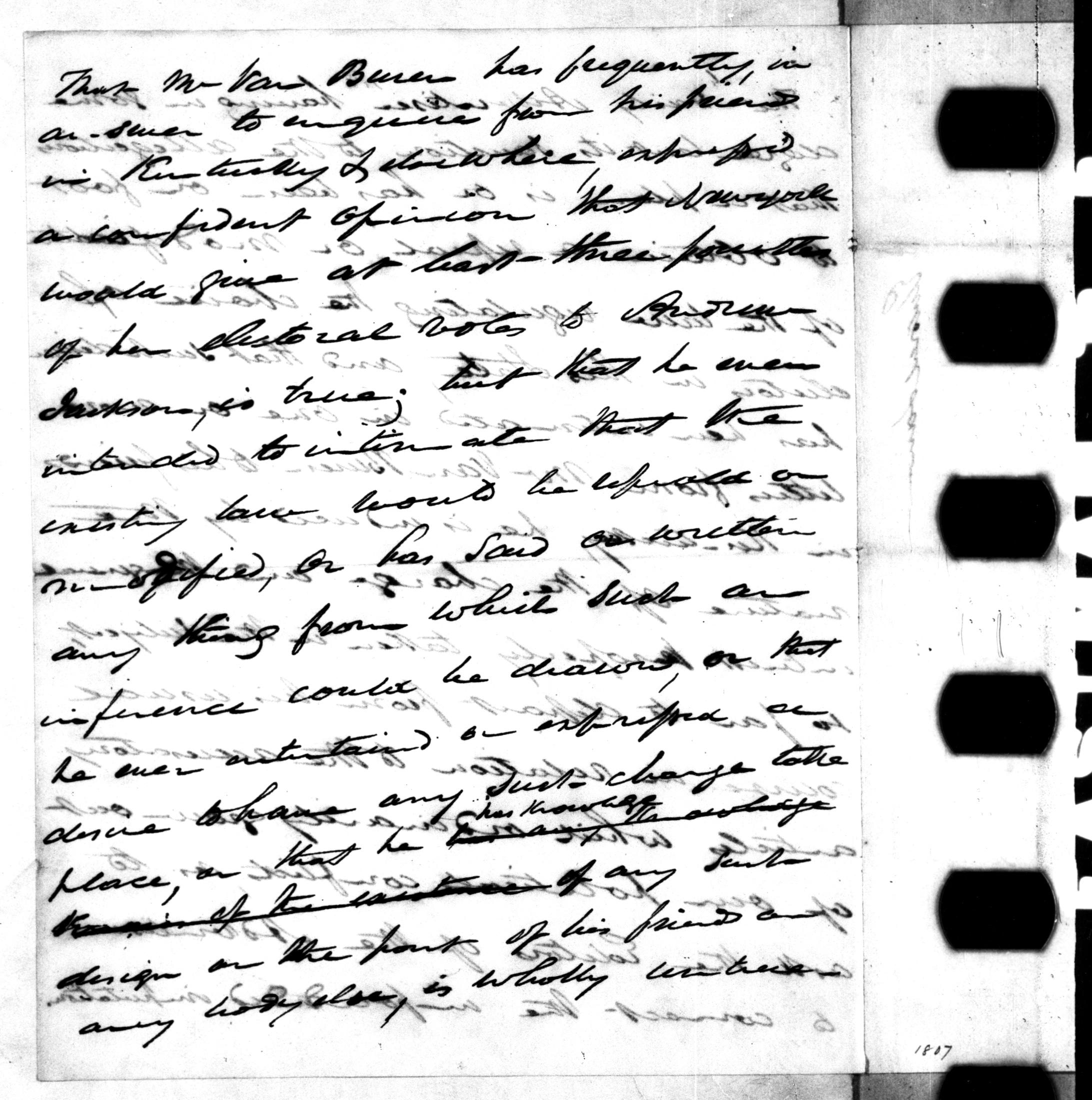 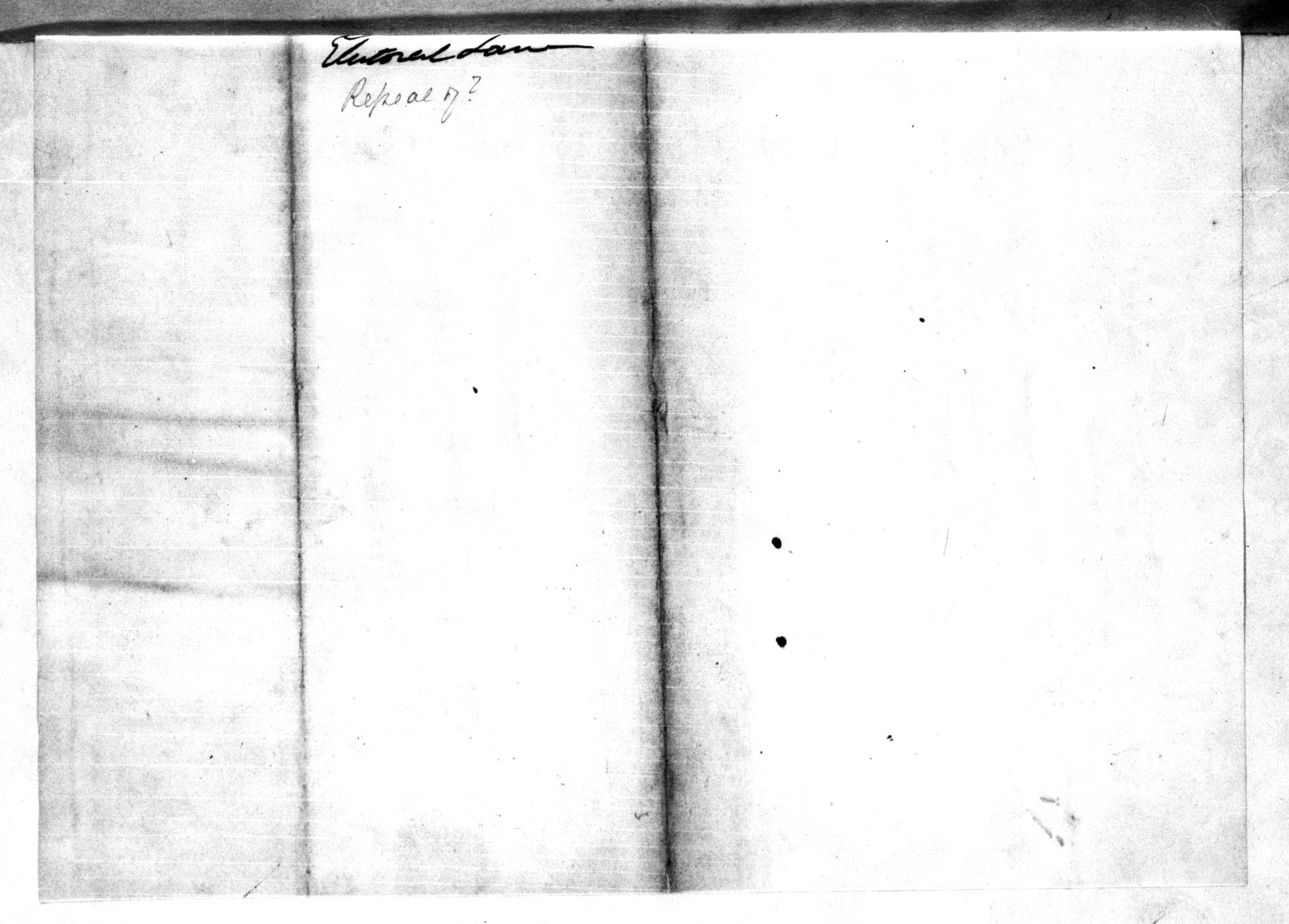