You have no doubt seen our list of the nominating Committee. With a few exceptions it is a good list and under good counsel will do well for the party but unless some pains are taken by our friends I am not without apprehension that the valuable offices will be carried off by persons having no political claims but succeeding from the force of personal application.

My name has been mentioned very generally as a candidate for Sheriff and is generally well received. Personally I have no feelings & no wishes on the subject but the time has arrived when it is necessary for the Republican party to do something for their paper which they can do at this moment as the regular ticket will succeed by a great majority

With the exception of the short & unprofitable period in which I held the Sheriffs office the party has not contributed one Dollar for the support of the paper & has left me alone unaided without Capital or friends to fight their battles & gain their victories for ten years while many who have done but little for the cause are retiring with full pockets. It is extremely difficult to carry on a political paper in a commercial community at an expense of $25,000 per annum without aid from the party & this can come in a more agreeable shape than subscriptions or contributions.

John P Garniss & John Tream are the only candidates for Sheriff one an old Federalist—the other a leading peoples man. The party when well advised can have no hesitation on the Subject. These offices are the property of the party & if one is given to me the avails go to the support of their own paper it goes in fact into the pockets of the party.

I take it we are to be broken up after the election as our elements are too discordant to keep together and in that event I do not wish the Enquirer to fall into hands having views foreign to the settled wishes of our friends & thus throw this important district into confusion. You can aid my views by dropping a few lines to Campbell P. White, Benjm. Baily or any of our friends who will press the question upon the Committee & no doubt with Success. There never was a better time to aid the paper; as to myself I entertain no hope of growing rich in political strife but there are many considerations which require that the paper be taken care of putting aside my claims. If you can with propriety move a little in this affair or Mr Marcy or Flagg can do any thing among their friends here I am sure there is every disposition to do so & it will be done 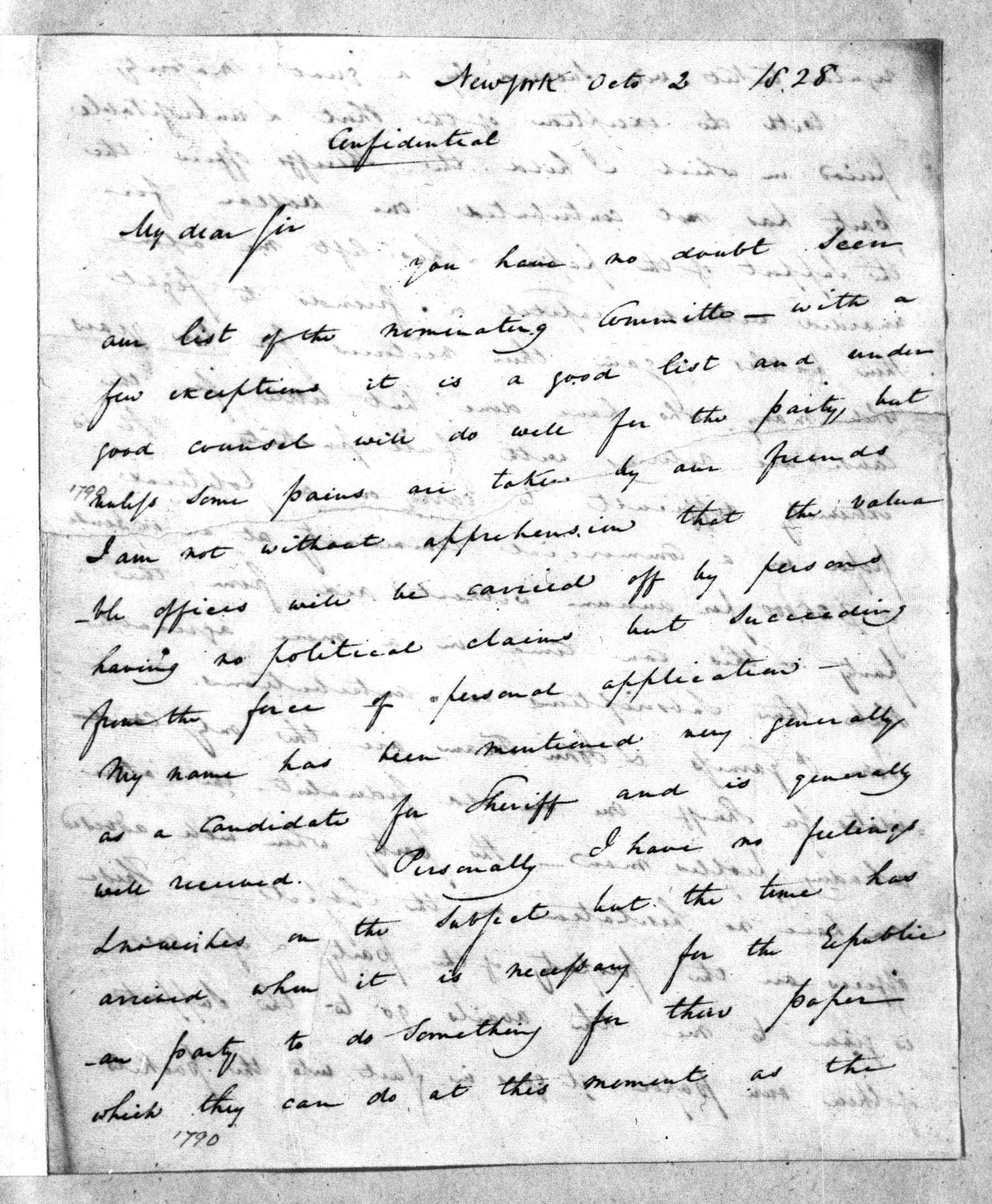 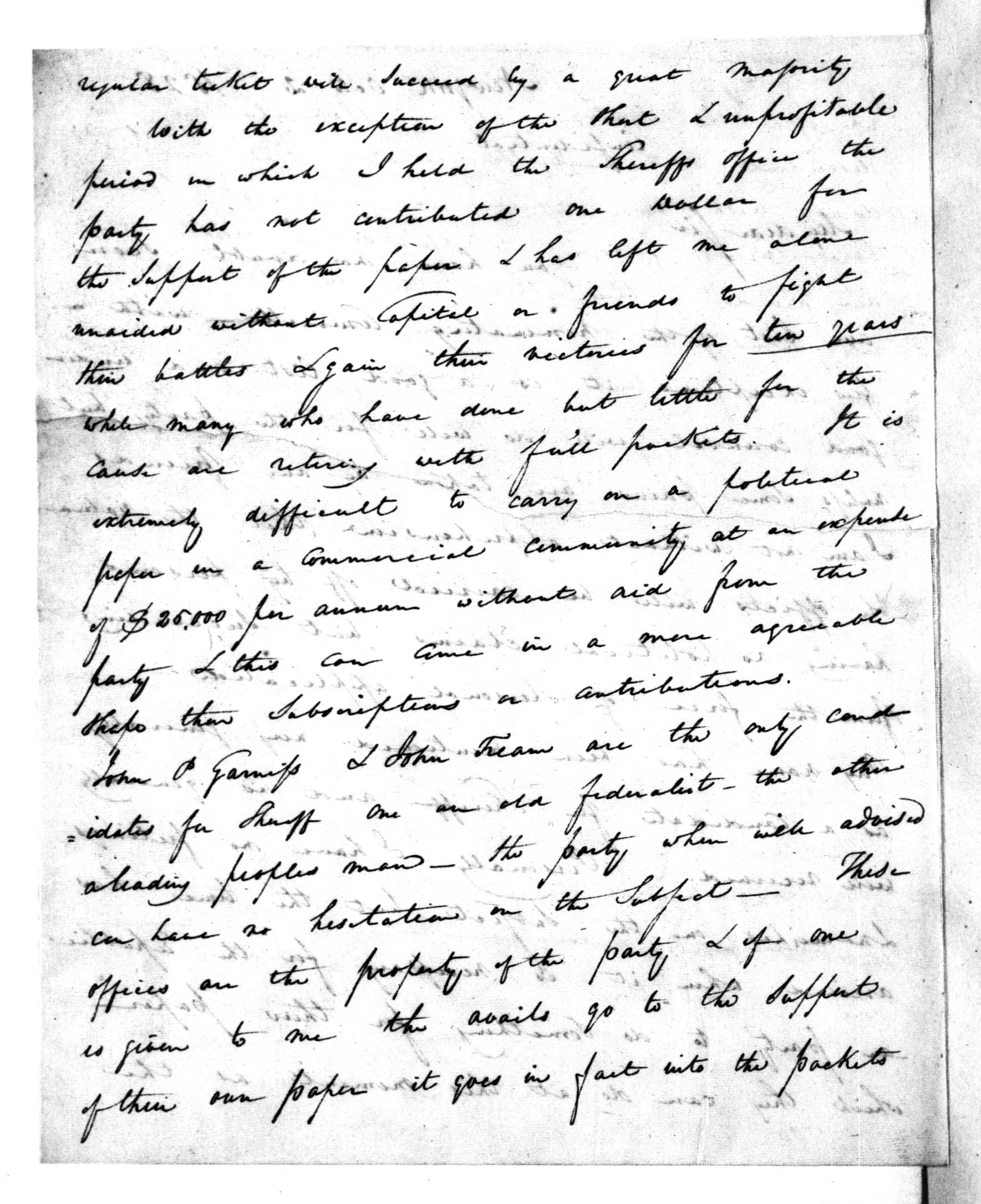 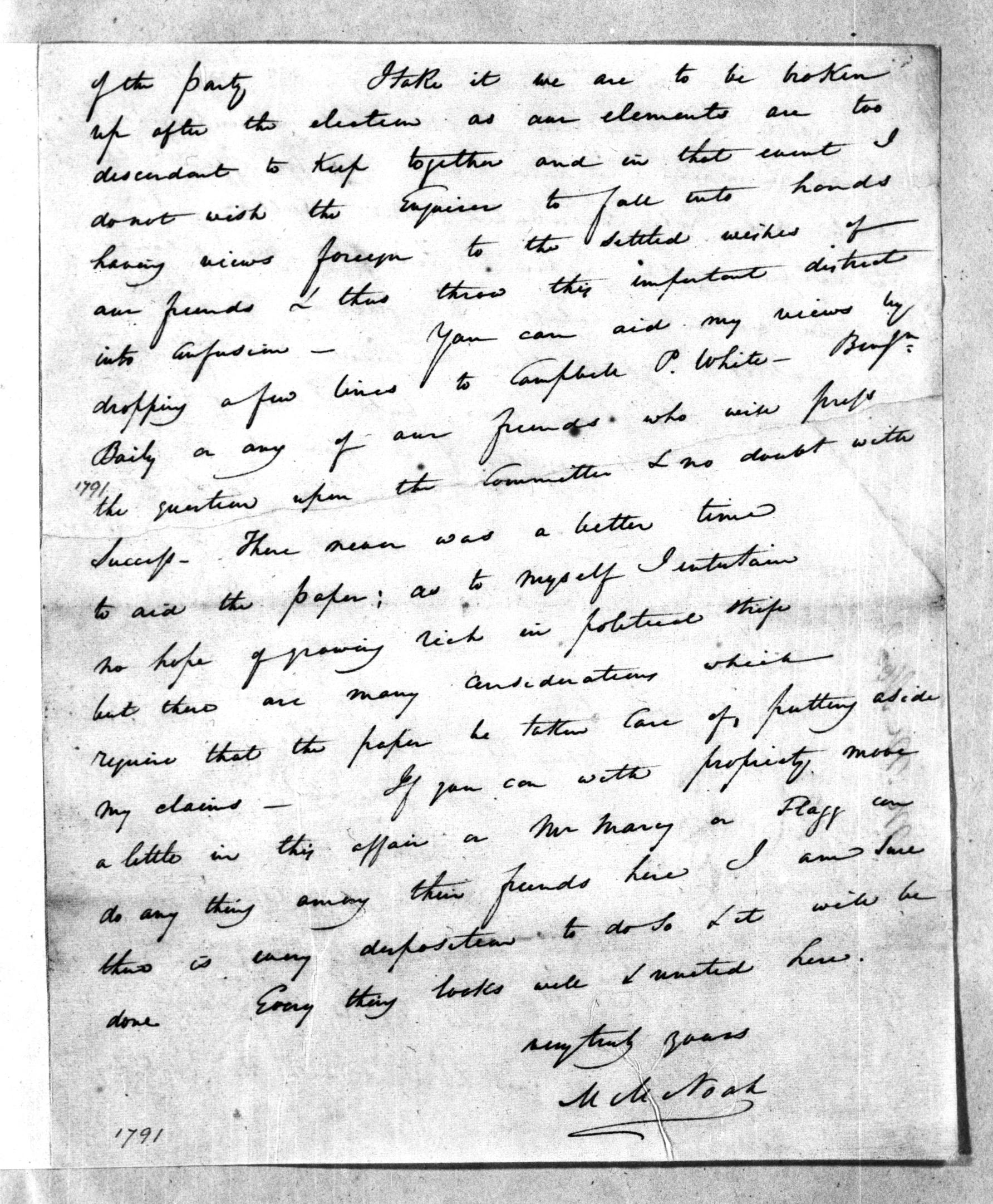 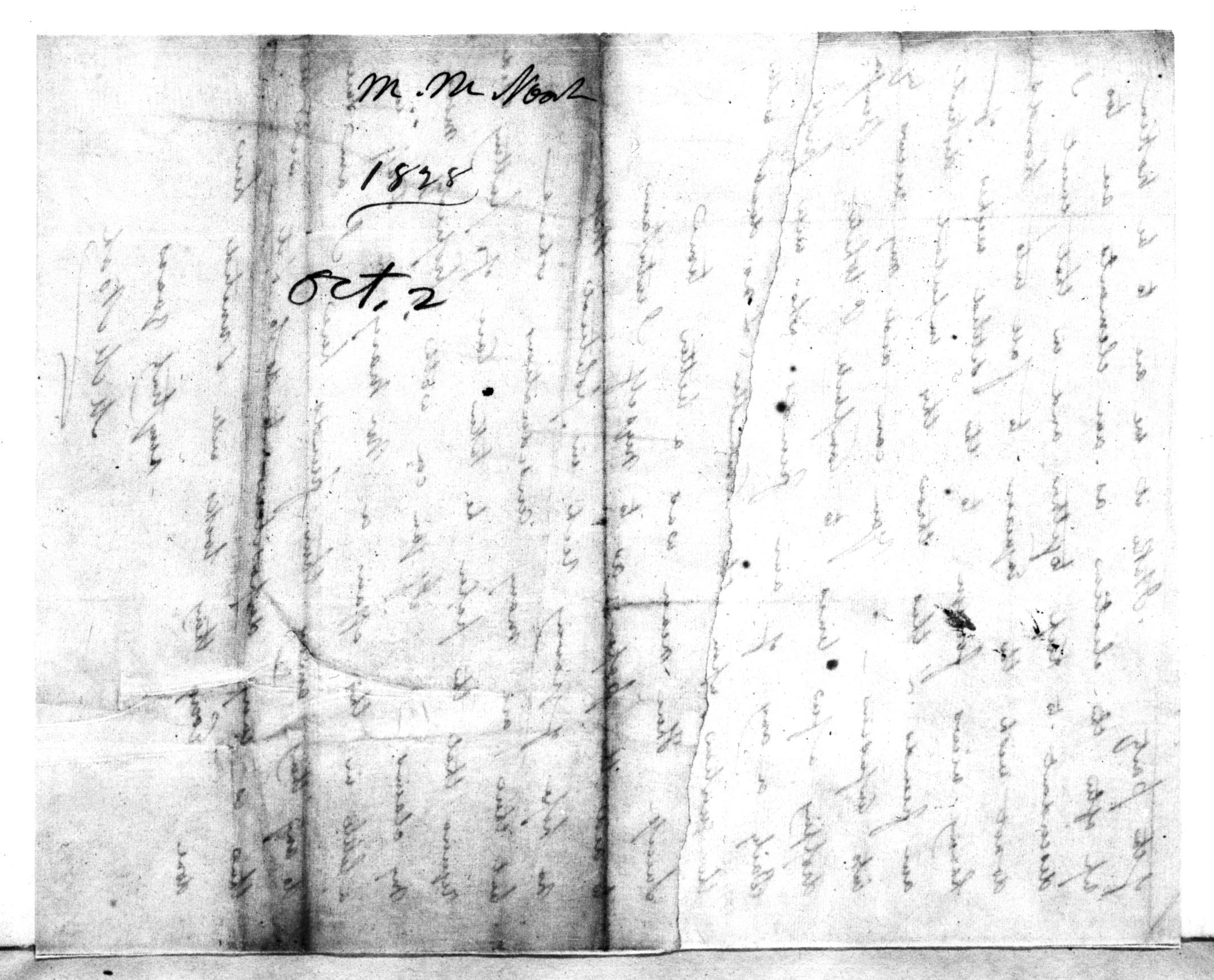