I received your favour a few days since; and regret that you did not receive my letter before you left Washington. The suit I referred unto; I understand has been decided & a Report of this case will be published shortly; if not already out of press; I wish you the favor to give yourself no more trouble in the matter.

It gives me great pleasure to have you speak in such decided terms with regard to Gen. Jacksons election. I have had no doubt on the subject myself if his friends in the South, West & Middle States, can be brought to act in concert & understand each other and in my opinion the time has come for every man to be at his post. The men whom we have to meet are <active>, <adroit> & persevering with all the influence that the general government has at its disposal and this is not a <little>; and we see the effects on the presses in our country that have heretofore if they have said any thing it has been favourable to Jackson; are now by some secret legerdemain gone to the right about

I foresee a difficulty among ourselves in this state (I mean the friends of Jackson) and have looked at it long & wished it might be got along with so as not to operate against us in this state; for after all I view the Generals election mainly depends upon the vote of this state. I now refer to the political parties of this state and the fact that the leading men in those parties are the friends of Jackson. Now the question is can they so far lay aside party politicks & and <illegible> as to personal considerations; as for once to act as this great State ought always to act in every thing that concerns our own importance ^and interest^ in the councils of the nation: as One? If this can be done I view all as safe: if not all is lost. Permit me to ask you; and if the question is improper and impertinent; you will please to excuse it. Can you & your friends accede to a nomination of Gov. Clinton as V. President & give him your support? On this subject I speak freely but in perfect confidence. I view Gov. C. & his friends if they cannot essentially aid the election of the Gen. they certainly can defeat it, for if three candidates enter the field the decision is again left to the house of representatives & then we are gone. The state Ohio is nearly balanced between Jackson & Adams & doubtful. Clinton is there the most popular of the three & couple his name with Jackson & that is safe. Pennsylvania you see is raising a dust, but I trust this is all but the name of Clinton will not hinder the General there but help him. These considerations lead me to suppose that in case Jackson succeeds something is due to Gov. C. I confess that I think his political opponents cannot see him in any prominent situation less objectionable to them ^than^ V. Pres. and for this reason I [. . .] what I could to bring his friends in [. . .] measures & I believe it is now [. . .] understood, that He will not object to this course. If I could have my wishes gratified in this matter it would be to have the Gen. P. the Gov. V. P. and yourself a situation in the Cabinet and whatever I can do to promote these objects I will do cheerfully. Gen. J. is apprized that I have written to you on the Presidential question but you know the man & he can not be committed before hand; to do any thing but what is right; from a full view of this subject I shall comply to hear from you at all times

I need scarce intimate that my correspondence is private & strictly confidential.

Believe me your sincere friend 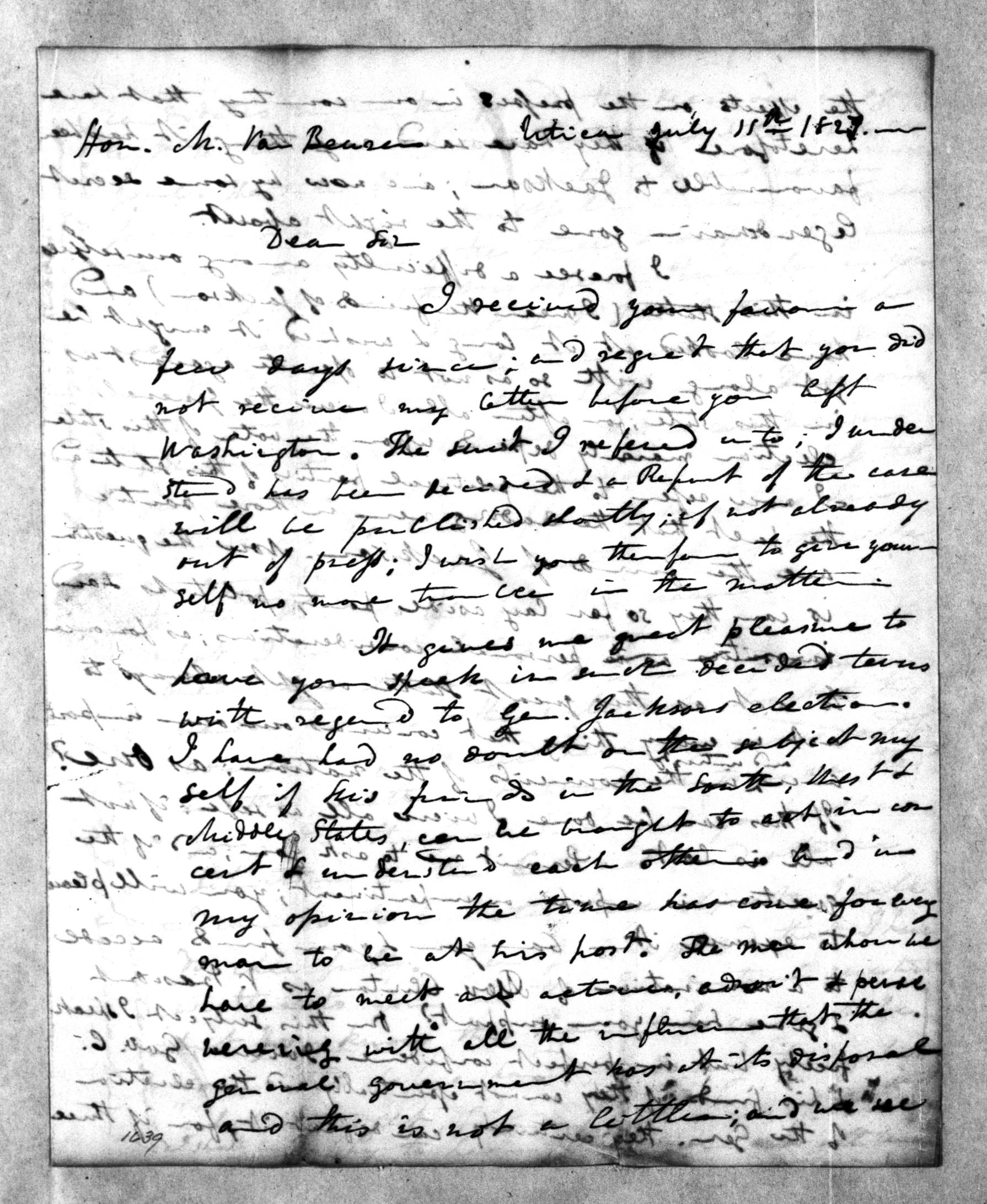 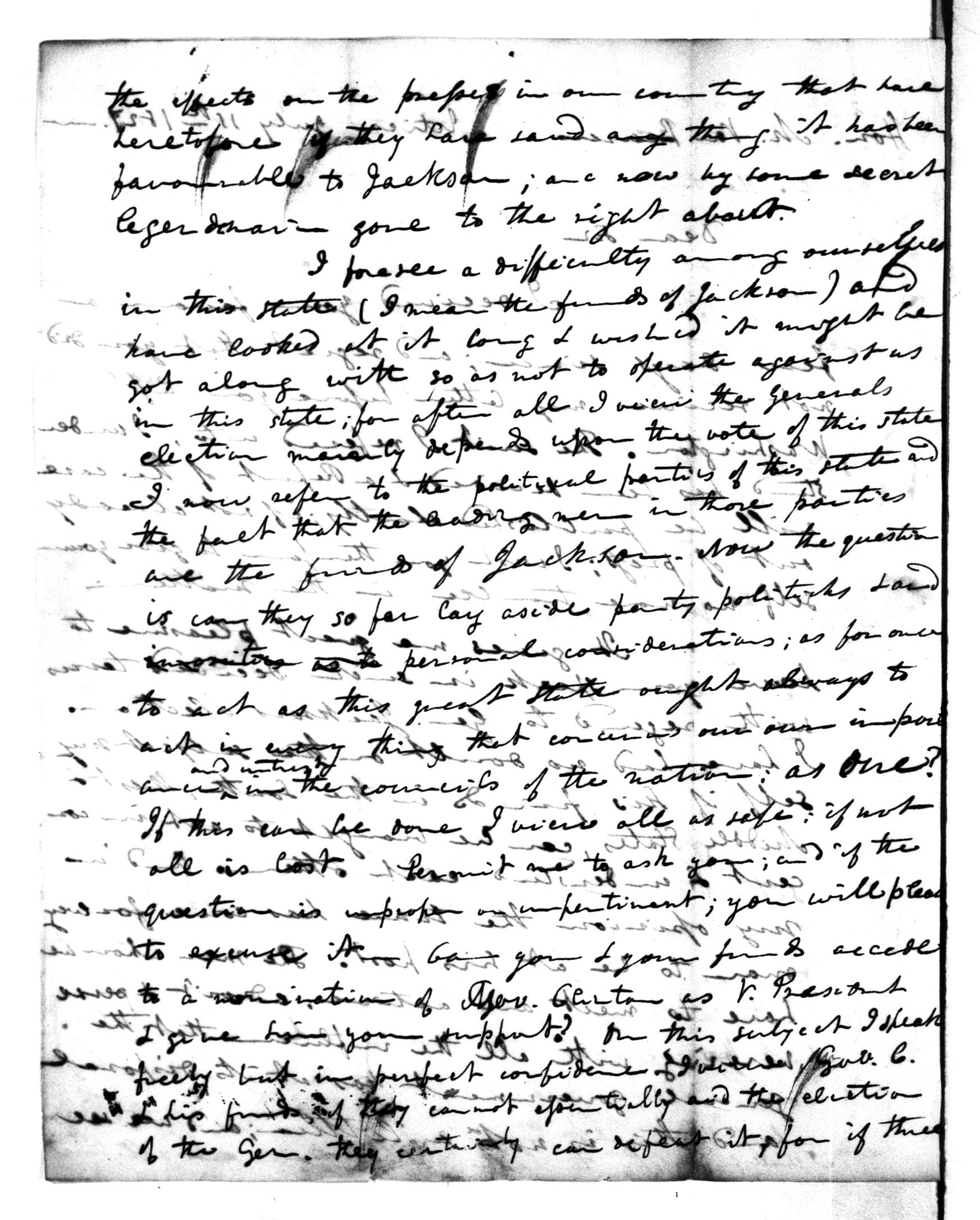 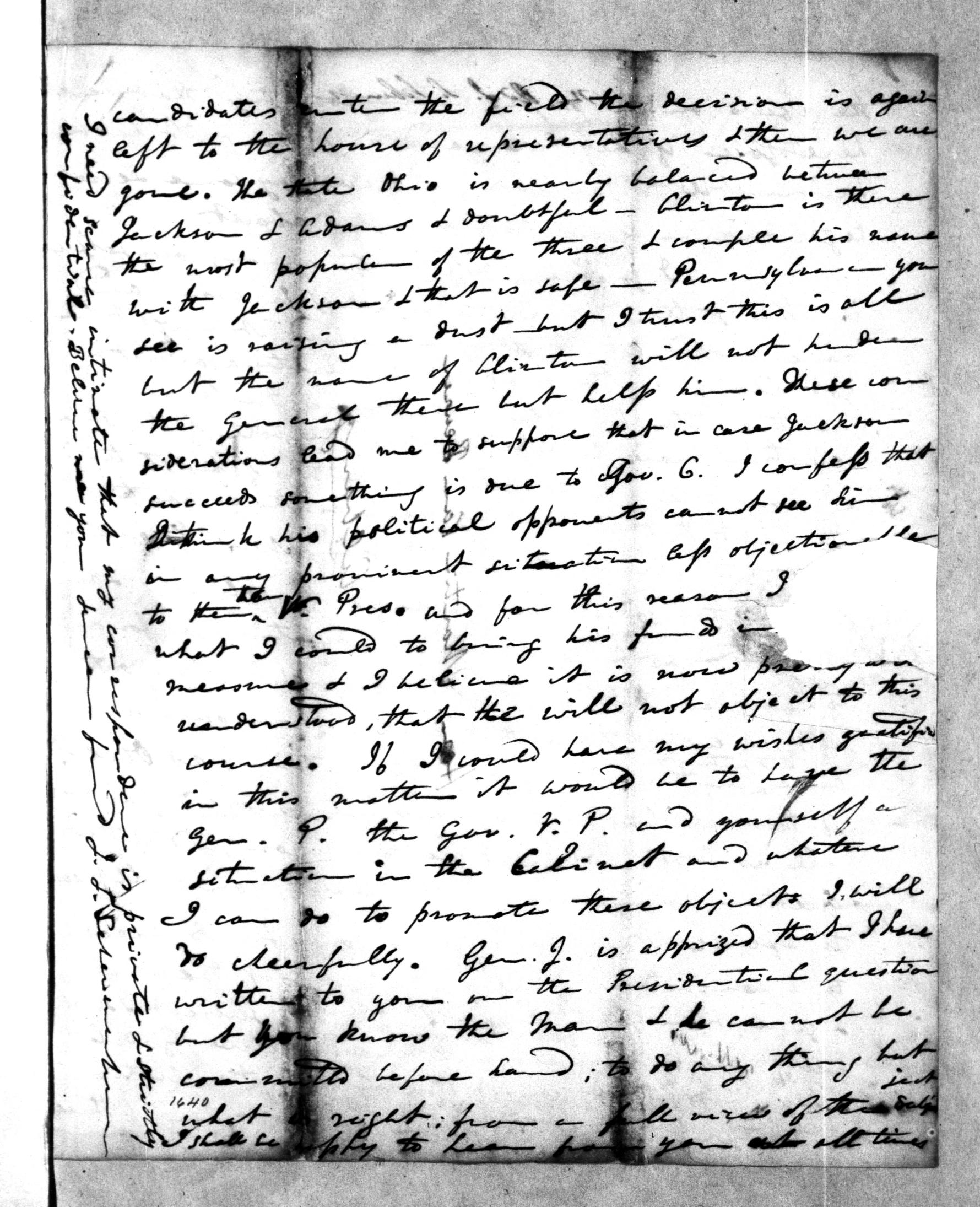 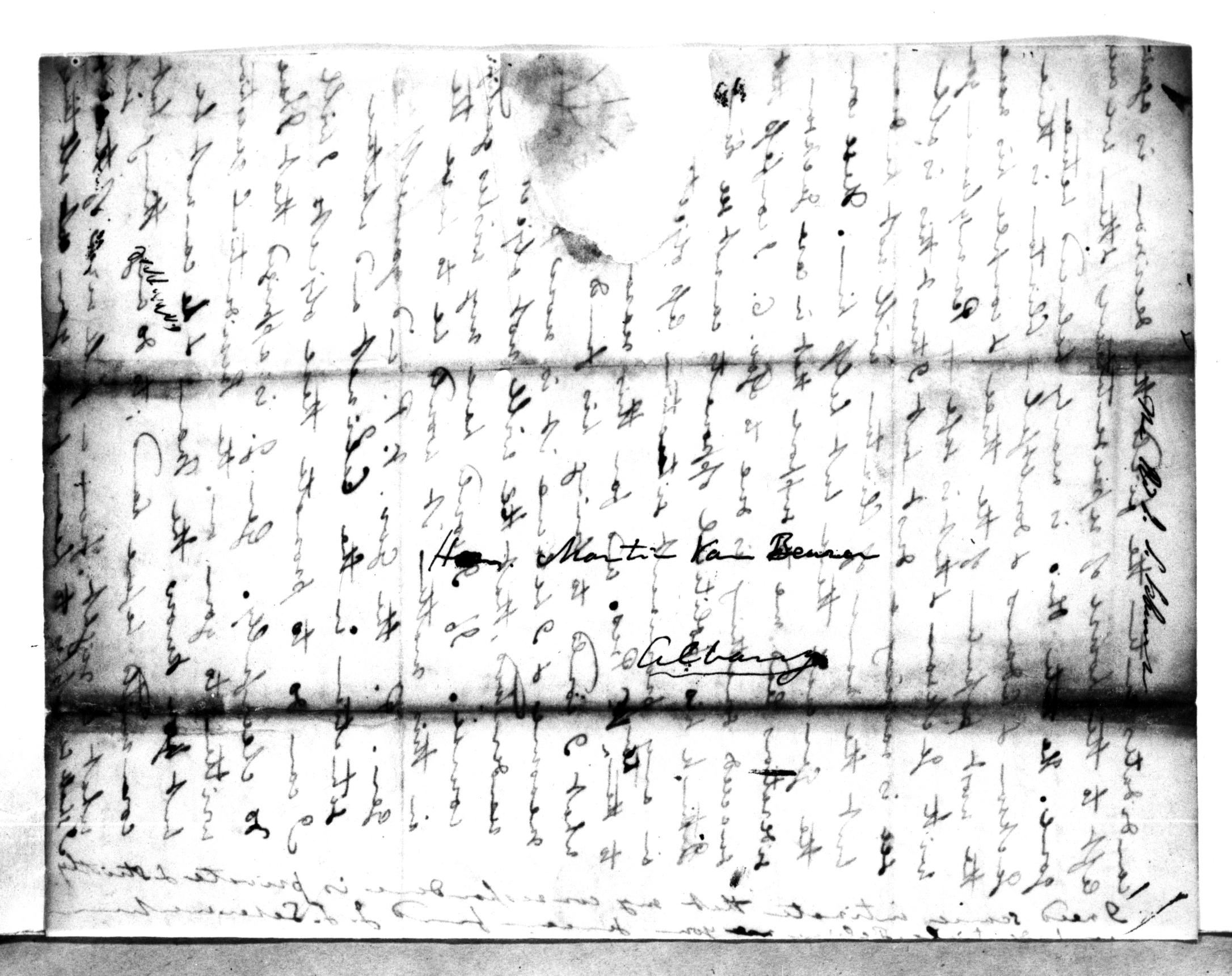