I have recd. your favor of the 3d. covering the Report to the Senate on the “Georgia Business”. The Report is drawn with the ability which which might be expected from the Committee making it. The views which it presents on the subject, can not certainly be complained of by Georgia. The occurrence has been a most painful one, whether regarded in its tendency abroad or at home. And God grant that it may have a termination at once healing and preventive.

If it be understood that our political system contains no provision for deciding questions between the union & its members, but that of negociation, and this failing, but that of war, as between separate & independent powers, no time ought to be lost in supplying the awful omission. What has been called a Government, is on that supposition, a mere league only; a league with too many parties, to be uniformly observed, or effectively maintained.

You did well I think in postponing the attempt to amend the phraseology of the Constitution, on a point essentially affecting its operative character. The State of the political Atmosphere did not promise that discussion and decision on the pure merits of such an amendment, which ought to be desired.

Be pleased to accept, with my cordial salutation, the renewed expression of my great esteem. 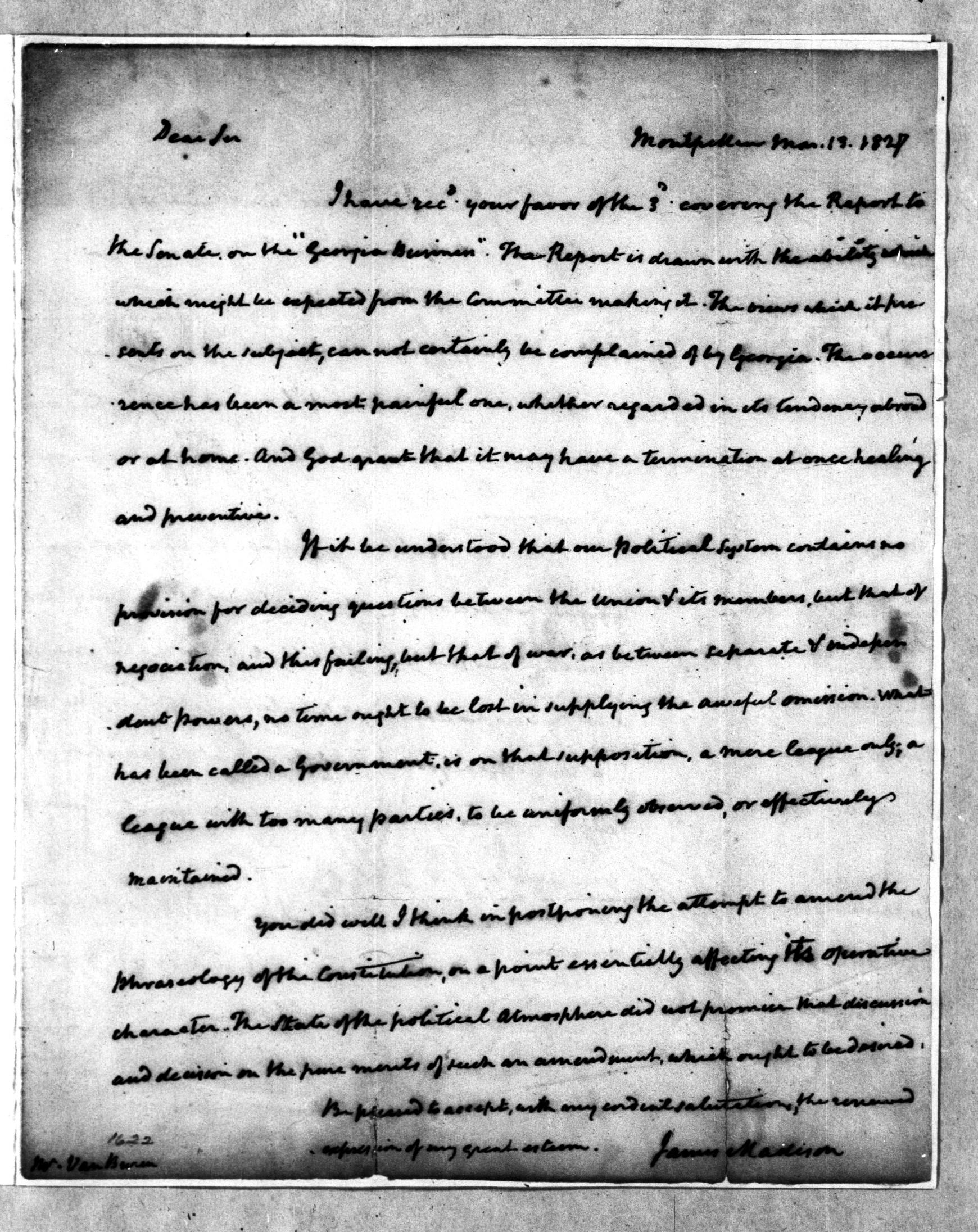 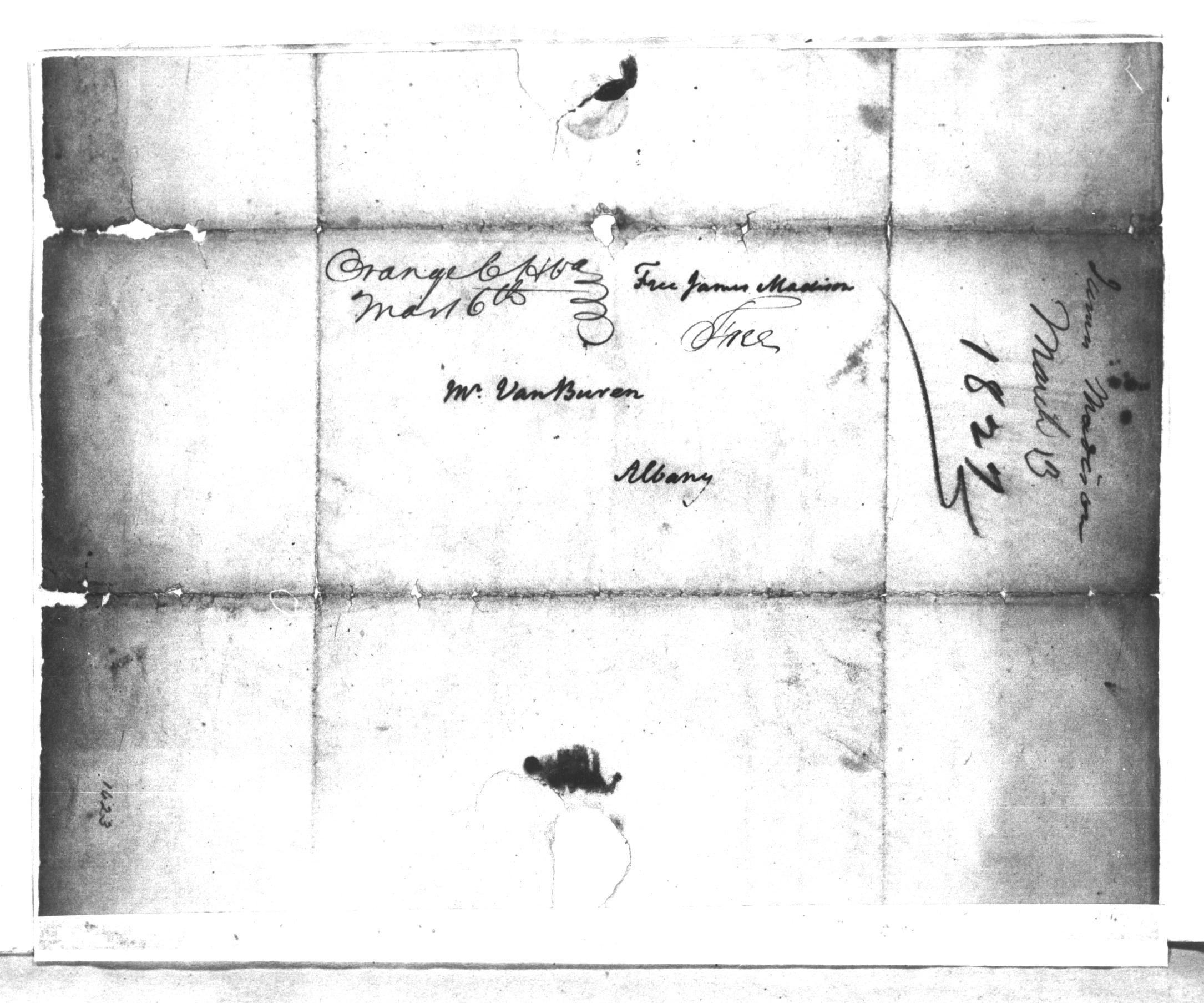 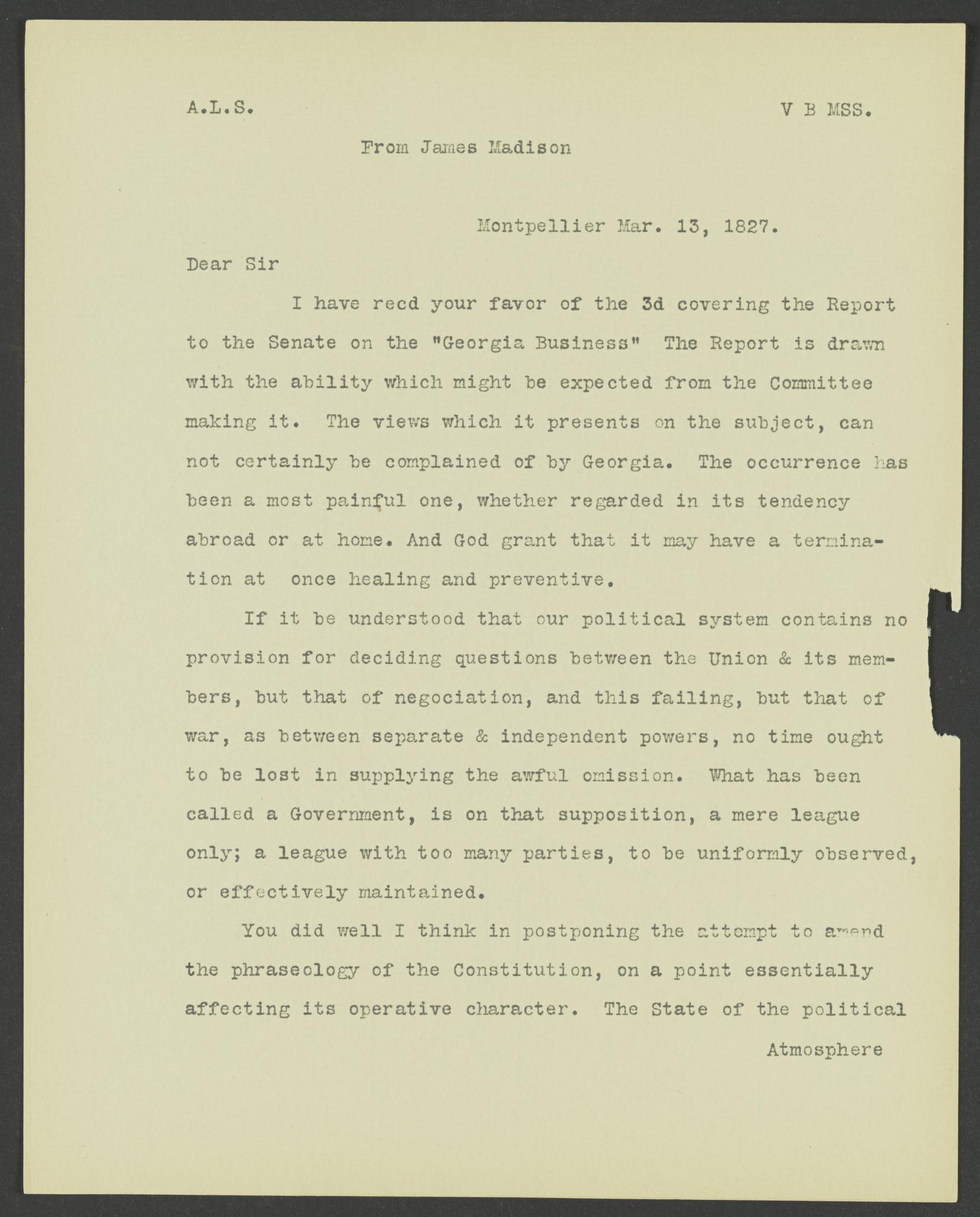 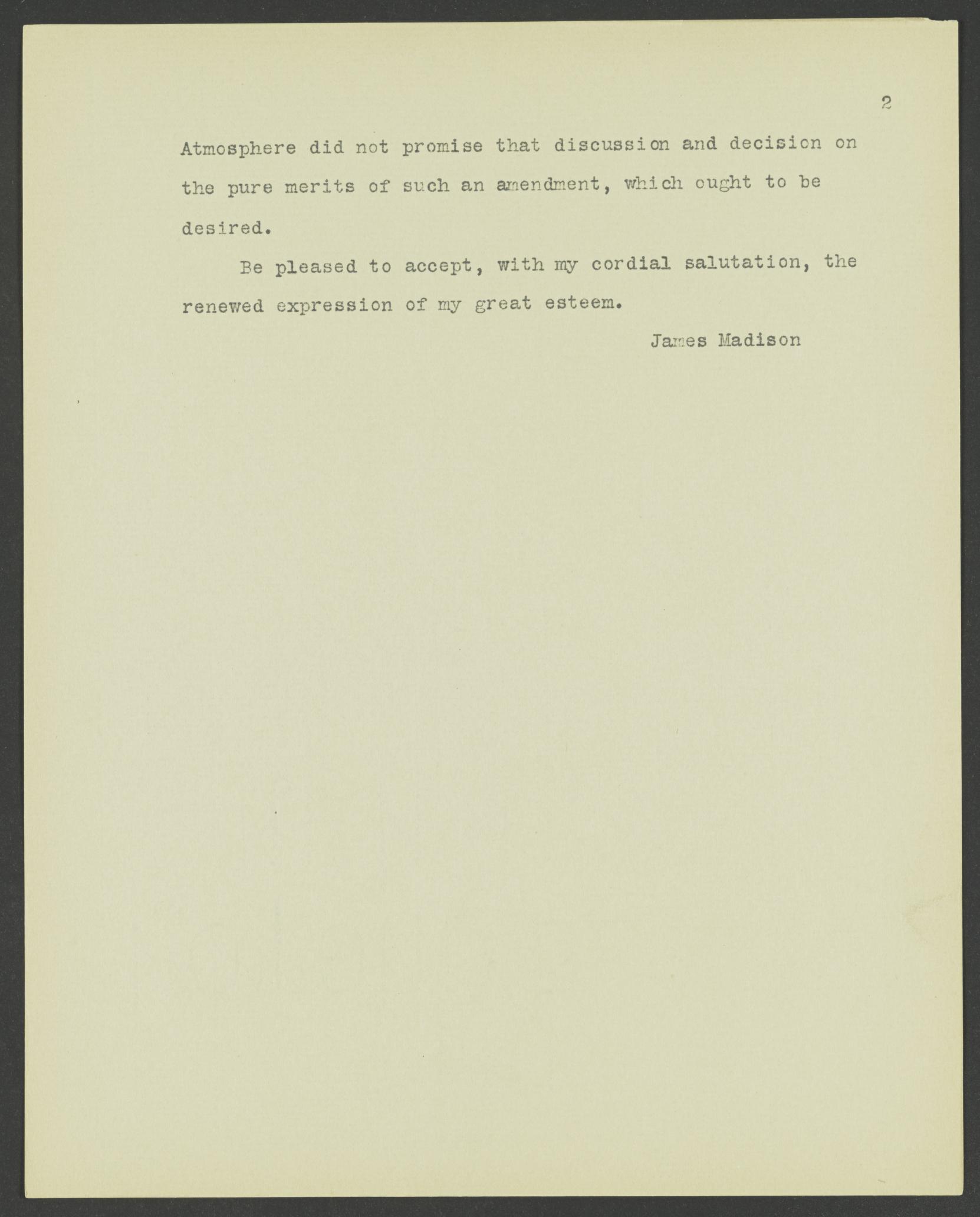