Being one of your constituents, & a native of this state; & believing it not only to be the right, but the duty of such to address their Representatives, whenever they observe their interests likely to be put in jeopardy; I now take the liberty of writing you in my own proper name, of course only for your own use, upon the subject of the Bill now before the House of Representatives for the purpose, as it’s advocates say, of protecting the woolen manufacturers; but which will operate, as a complete and total prohibition.

I would send you a statement sharing it’s operation, but I observe that wise indefatigable City member Mr. Cambreleng has already done it. I will therefore merely state how it will affect myself. I have been twelve years getting a commercial education (now 28 years of age). In the furtherance of my views I have travelled in Europe, made conversations in business, & considered myself now firmly established. But if this most unjust & oppressive Bill goes into Law, which may Heaven & the Senate avert; the best and most active part of my life will have been spent to no purpose; & I shall be thrown back to where I started from at sixteen years of age.

How comes it, that Congress should lend a willing ear to this perpetual cry of the manufacturers? Are they better citizens than the other parts of the community? Are they more moral than their neighbours?  Did they not promise, when the other odious Tariff was passed a few years back, having obtained their wishes, that they would be silent for the future? The truth is they never will cease obtruding themselves upon Congress, so long as that same Congress keep giving them their unholy demands.

If a merchant makes an unprofitable speculation, he has to leave in the hopes the next will be better; You don’t see him following on after the members, importuning Congress to make up his losses, by shaking from the pockets of others. And who are to be benefited? The states cast of New York, and they only, who, upon occasions hold together like a distinct people. Are always factions witness during the late war.

It appears to me, that if that daring spirit be not past down, there must be an end to this confederacy. We can’t hold together, if this partial legislation be encouraged. It’s my firm conviction that Congress have no power to lay any duty, but what is solely for revenue; & it is well known that we have enough money in the Treasury. I entreat you to use your deserved great influence to pat down this foul system to make us the slaves to these huge, unwieldy, bloated manufacturers.

I don’t know Mr Sanford’s views, but I should presume he knows too well the interest of his Country to countenance this Bill. If he should be wavering, decide him.

Begging that you will immediately throw out this obnoxious Bill, [if it] should, unfortunately get thro’ the lower [chamber] I have the Honor to be 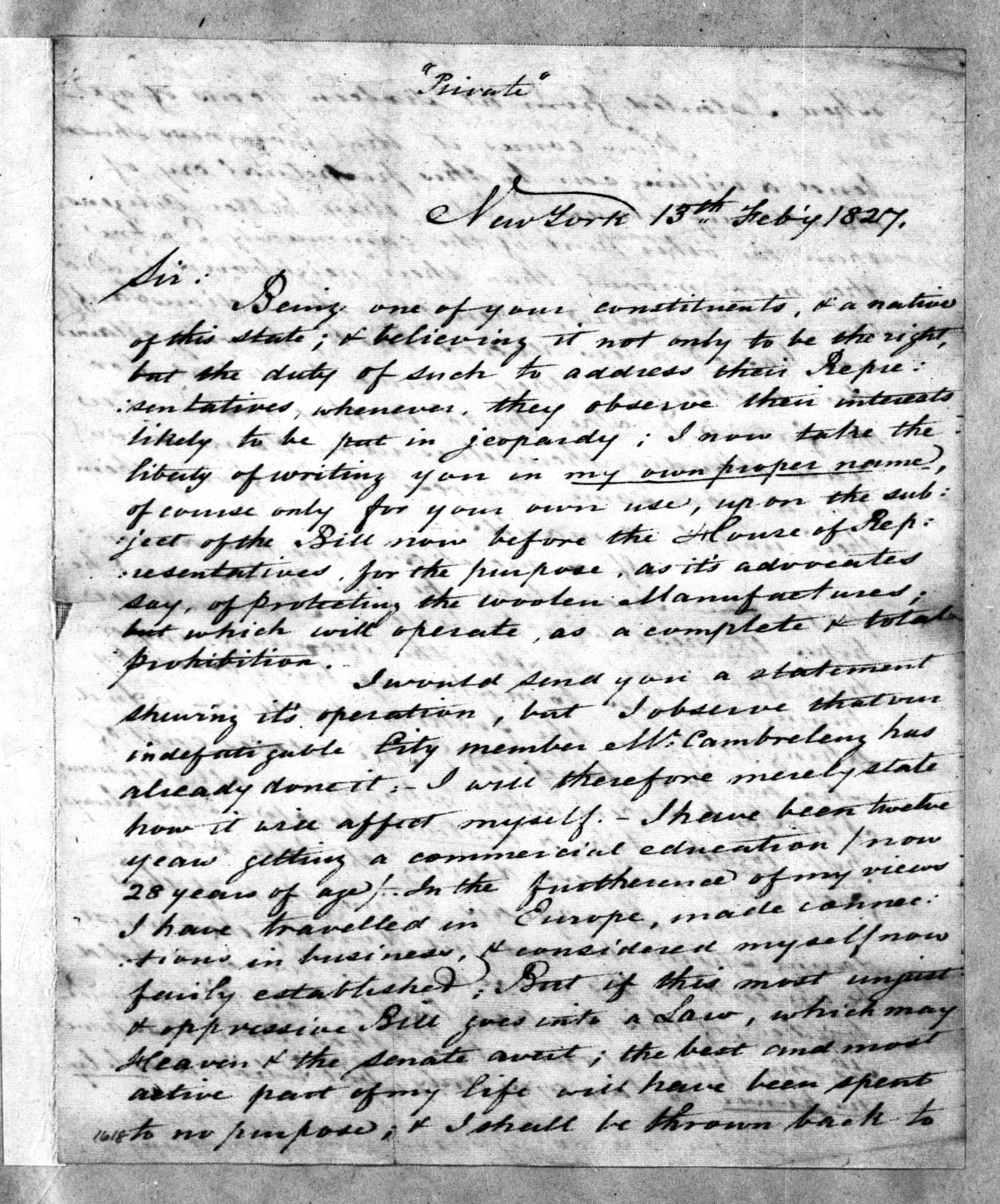 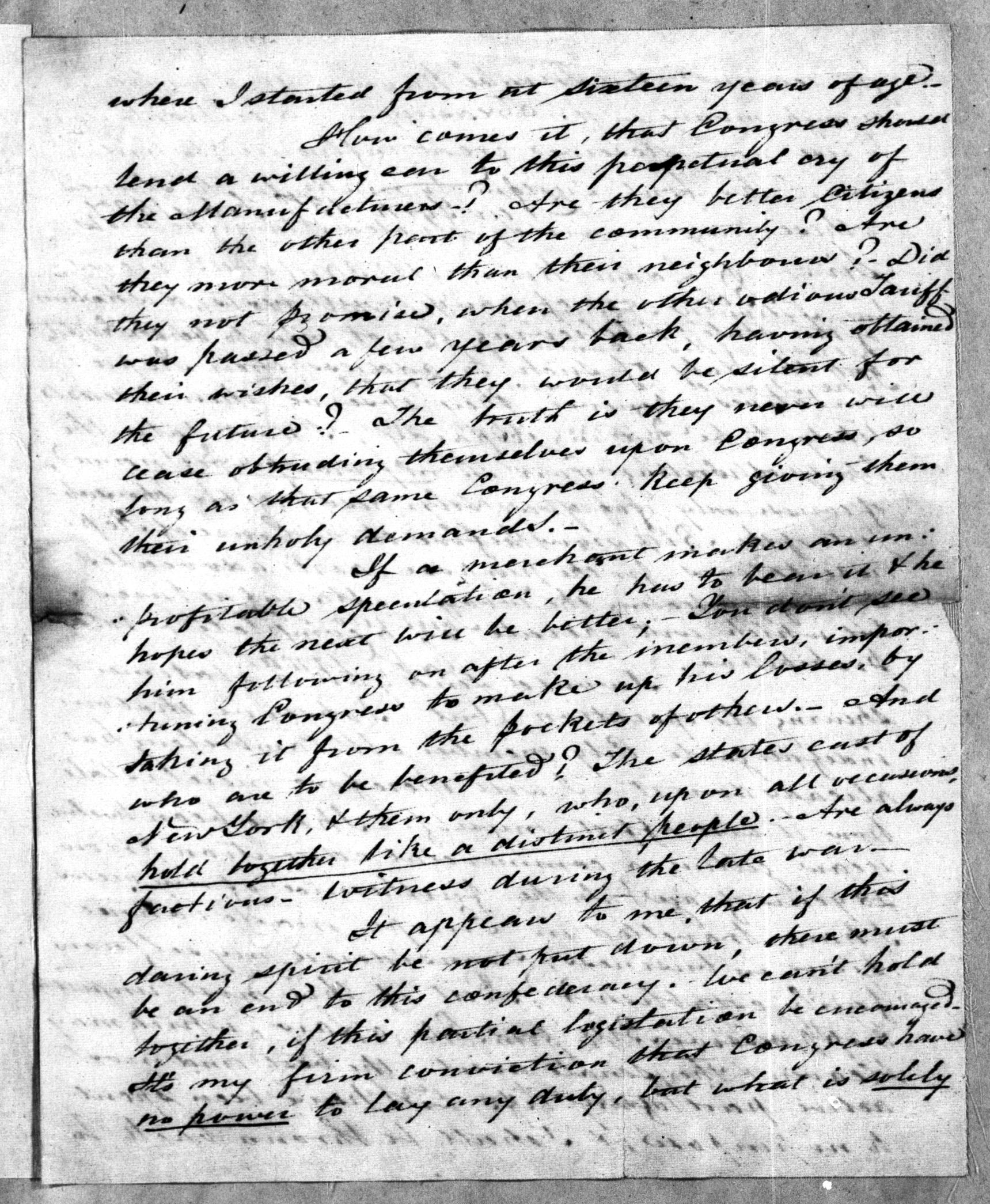 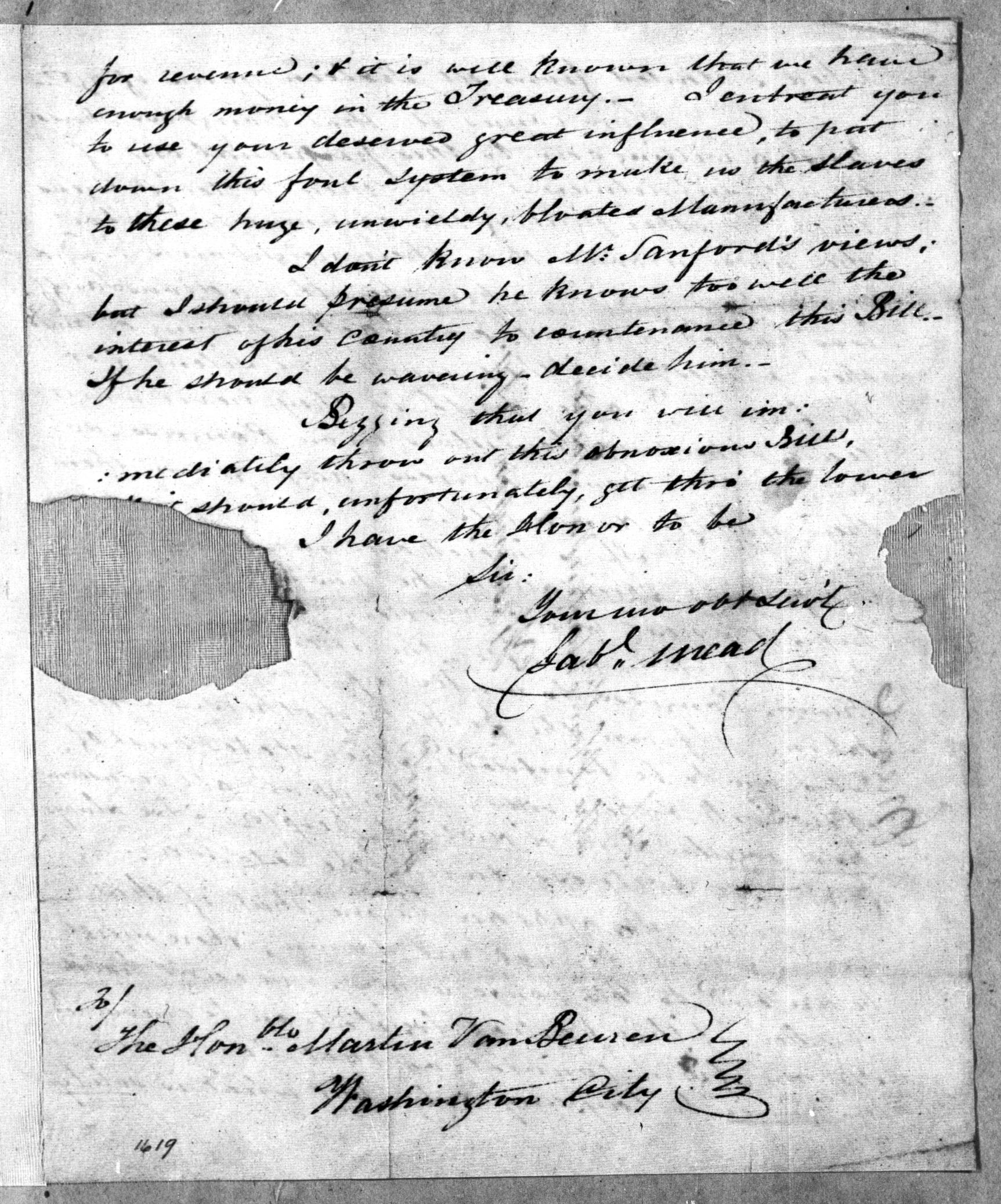 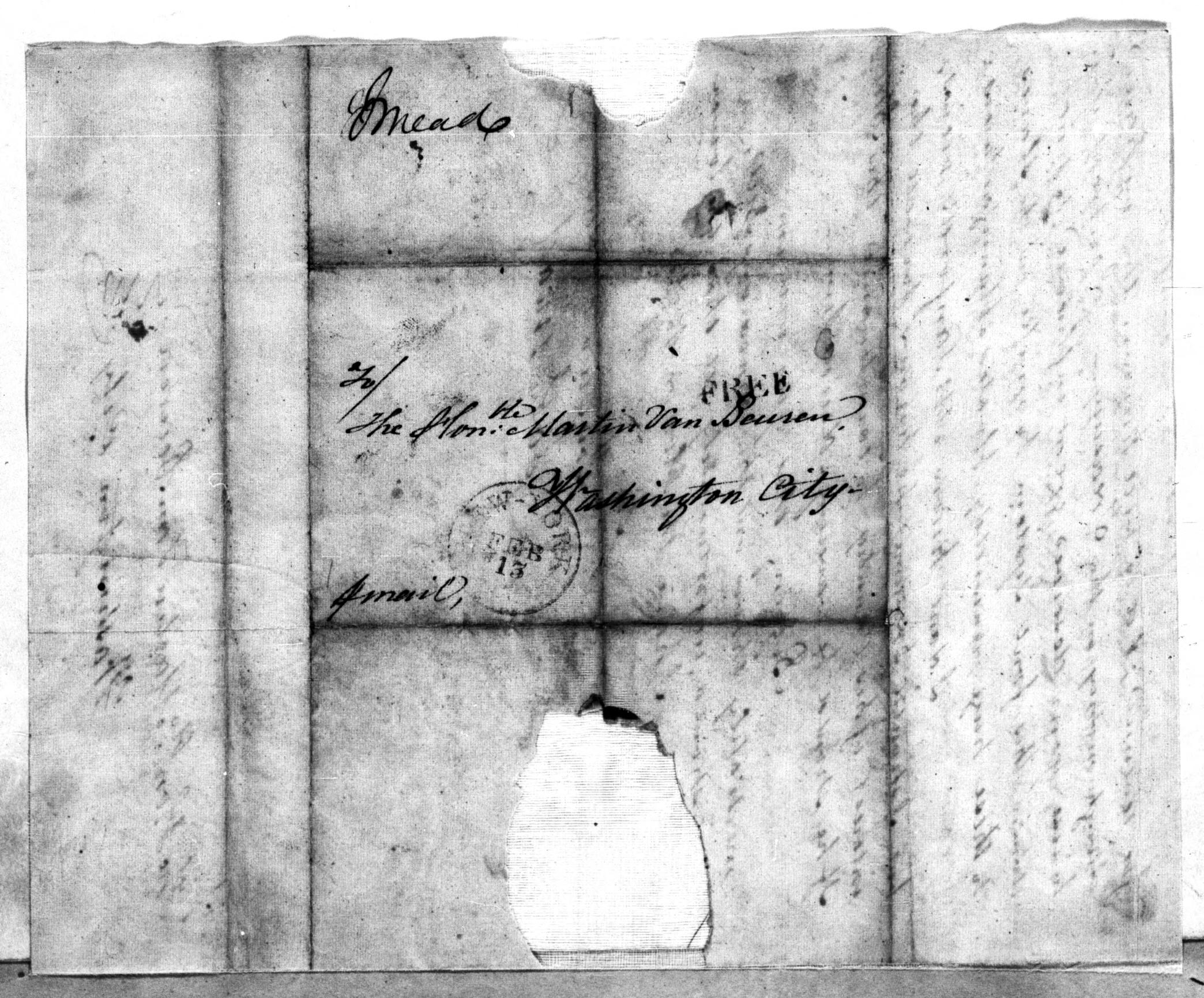