I have persuaded Mr Phillips to send his second son to Canandaigua with materials for a new paper. He is 21 years of age & has been reading law in Philadelphia & with assistance will do well. A paper must be established there. He will leave this in a week I shall give him a few lines to you & our friends in Albany & you must give him a few hints about that quarter & whats to be done

I have just parted with your friend Van Ness who informs me that he will be at his post the ensuing Session. I had to tell him bluntly that if Van Buren got his nomination for the Senate he a promoted it essentially; he believes to the contrary & thinks himself strong enough to prevent it. So you must prepare to meet this combatant.

I hope the black & dishonorable course of violating the pledge of a Canvass will not be repeated I am ashamed of what has been done in Clarks affair & shall not be able to pass over a similar offence in silence. Talk seriously to some of our members on this subject.

A strong feeling exists in this City against permitting our Delagation to exercise a controlling influence in appointments to office It is a right which belongs to their constituents & will not be surrendered Besides the principle is dangerous & radically wrong. They are entitled to equal influence with Citizens of equal standing in the party & no more. I do not say this from personal considerations. No one has said any thing against me but Wm Davis & he has his cue from Mat & the Burrites—and they will use every effort to disappoint & vex me in any views which my friends may have had in relation to myself. Davis however is regulated by Crawford. He has frankly told me that all his opposition shall be used in case Crawford is not supported I learn that Jenkins will be a candidate for Sheriff although he shewed me his memorial for the Registers office. This is unhandsome. Board is pushing hard. Targee informs me that a memorial in my favour is signed by himself, Thompson, Bingham Bailey Tooker Pierson—Allen Broome, & many rich merchants & old Republicans. All I ask of my friends in the Council is to be candid & if they unite on any ^other^ person to let me know it in time that I may save my feelings by declining to be a candidate. I am not in a situation to be ridiculed by my opponents—neither did I expect opposition from Republicans after all my sacrafices.

I shall be up early to report the [pr]oceedings of the assembly. Something [mus]t be done on the Canal subject. [I]f Clinton & his friends are kept in as Commissrs believe me we shall never get rid of him 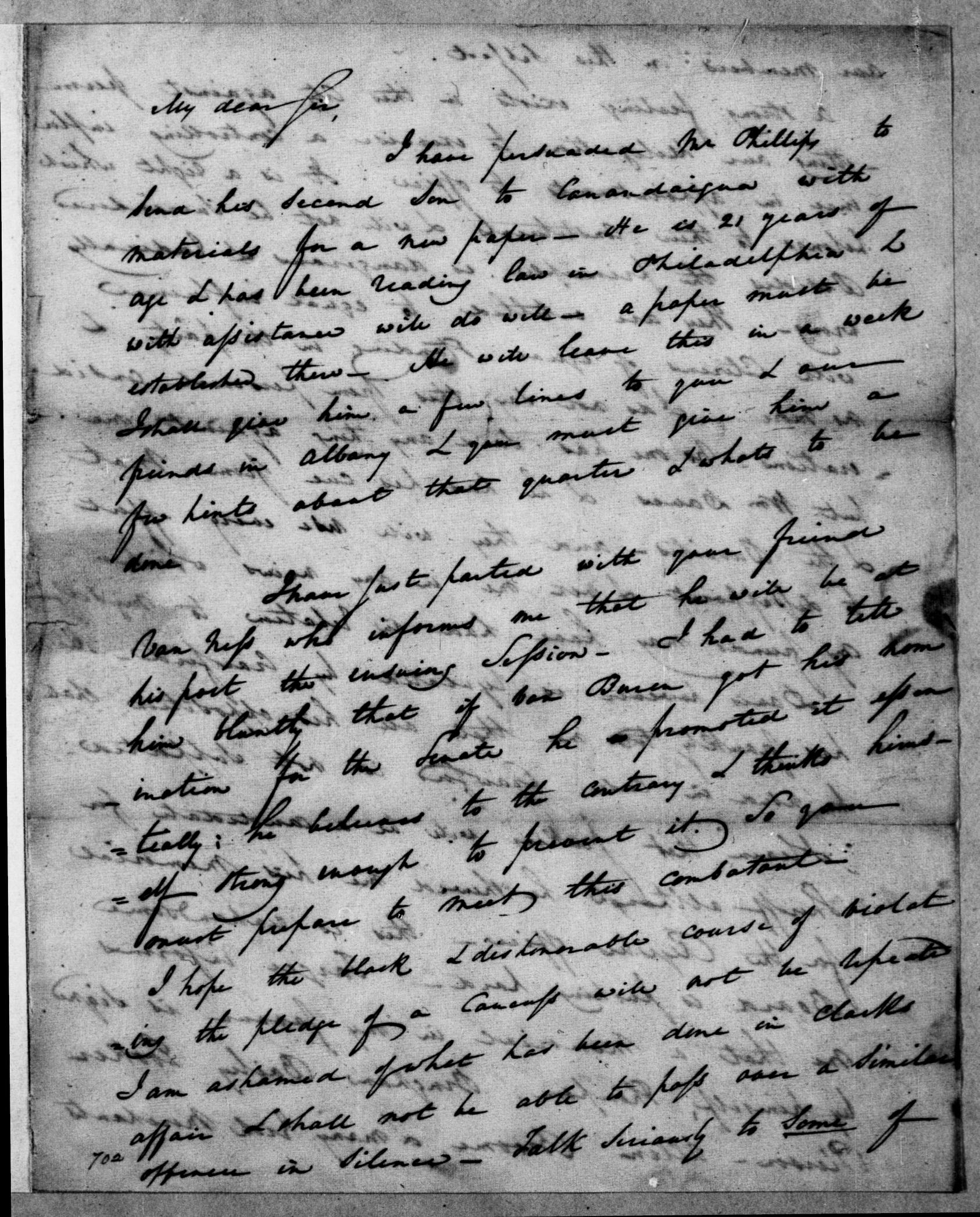 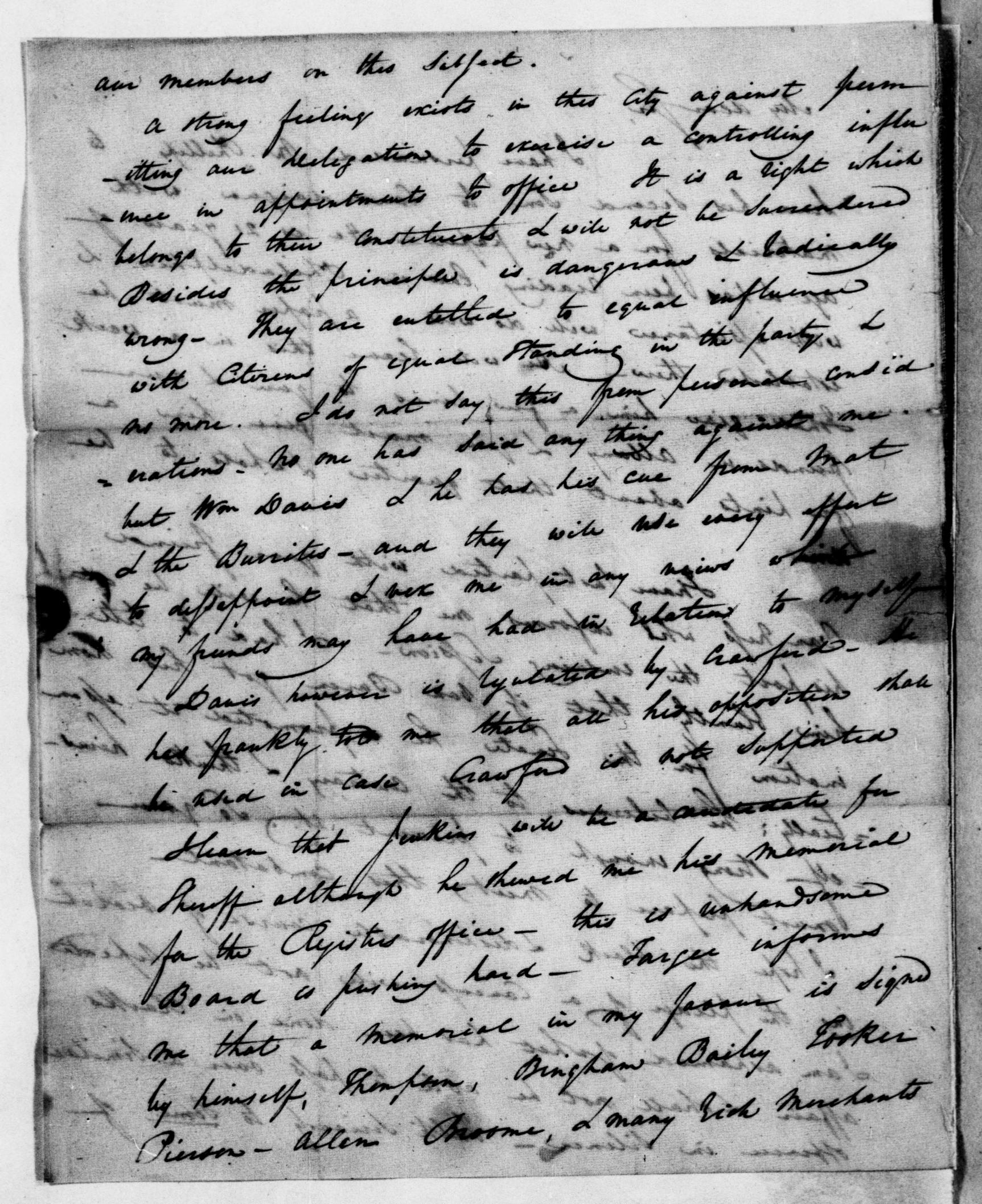 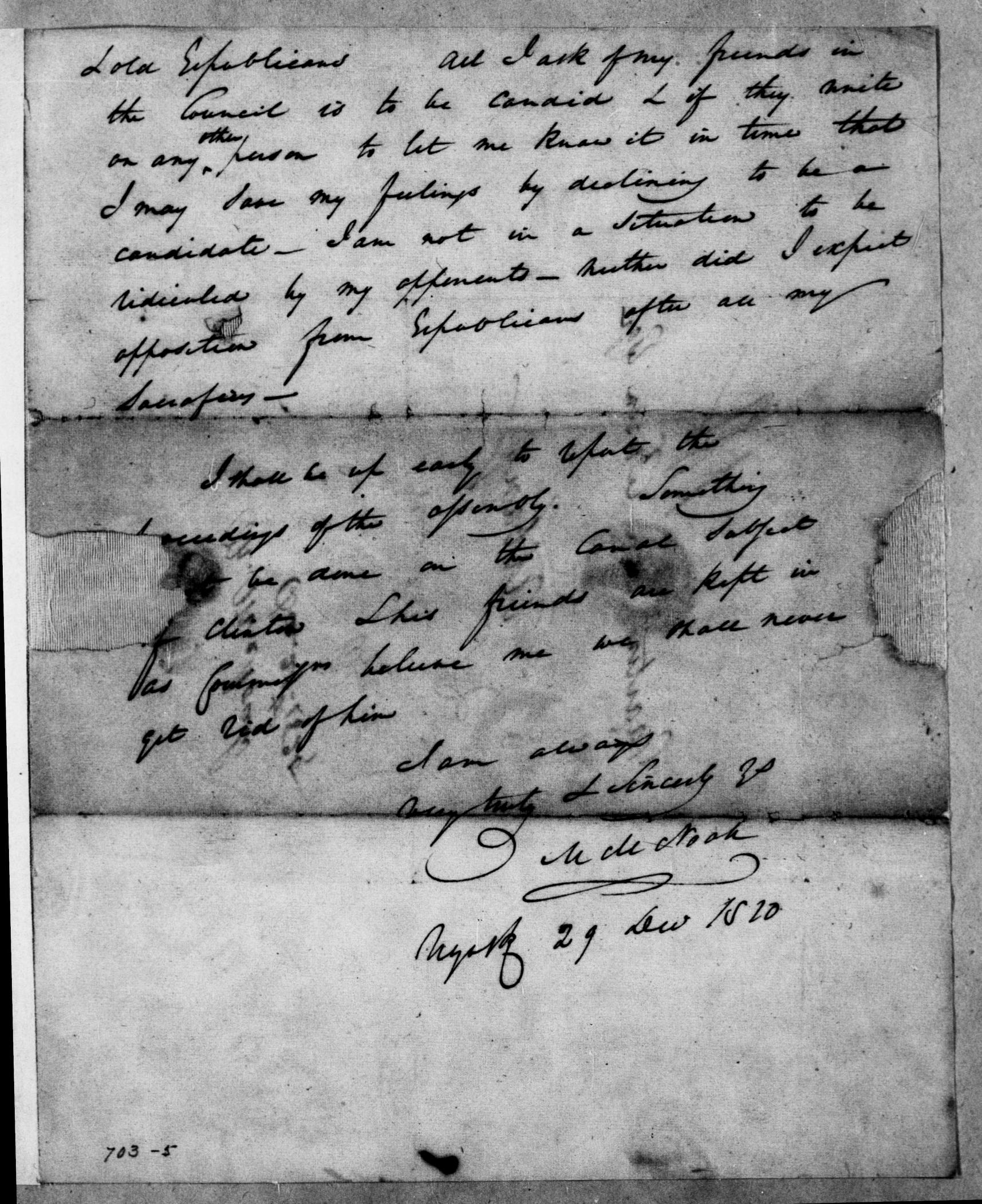 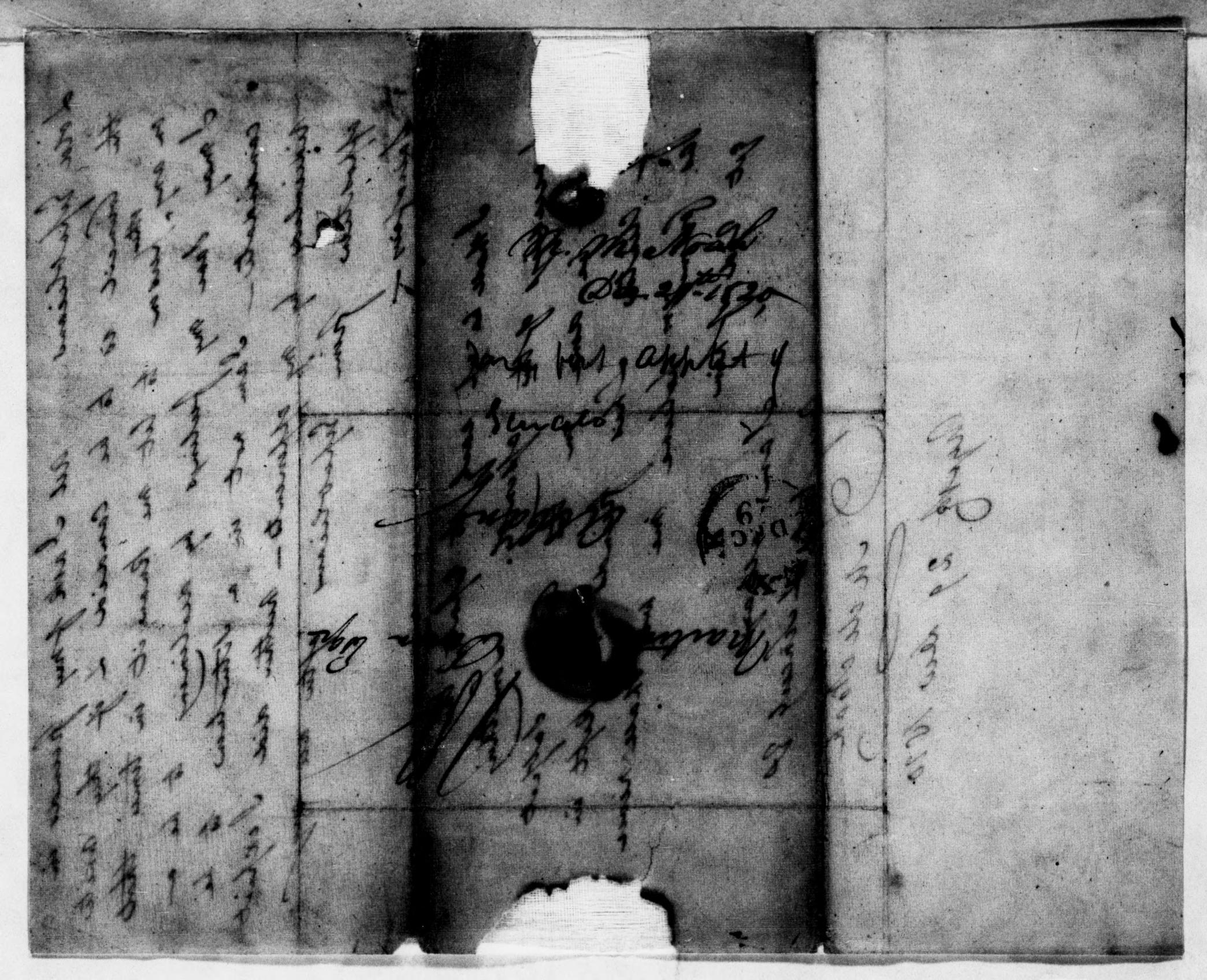 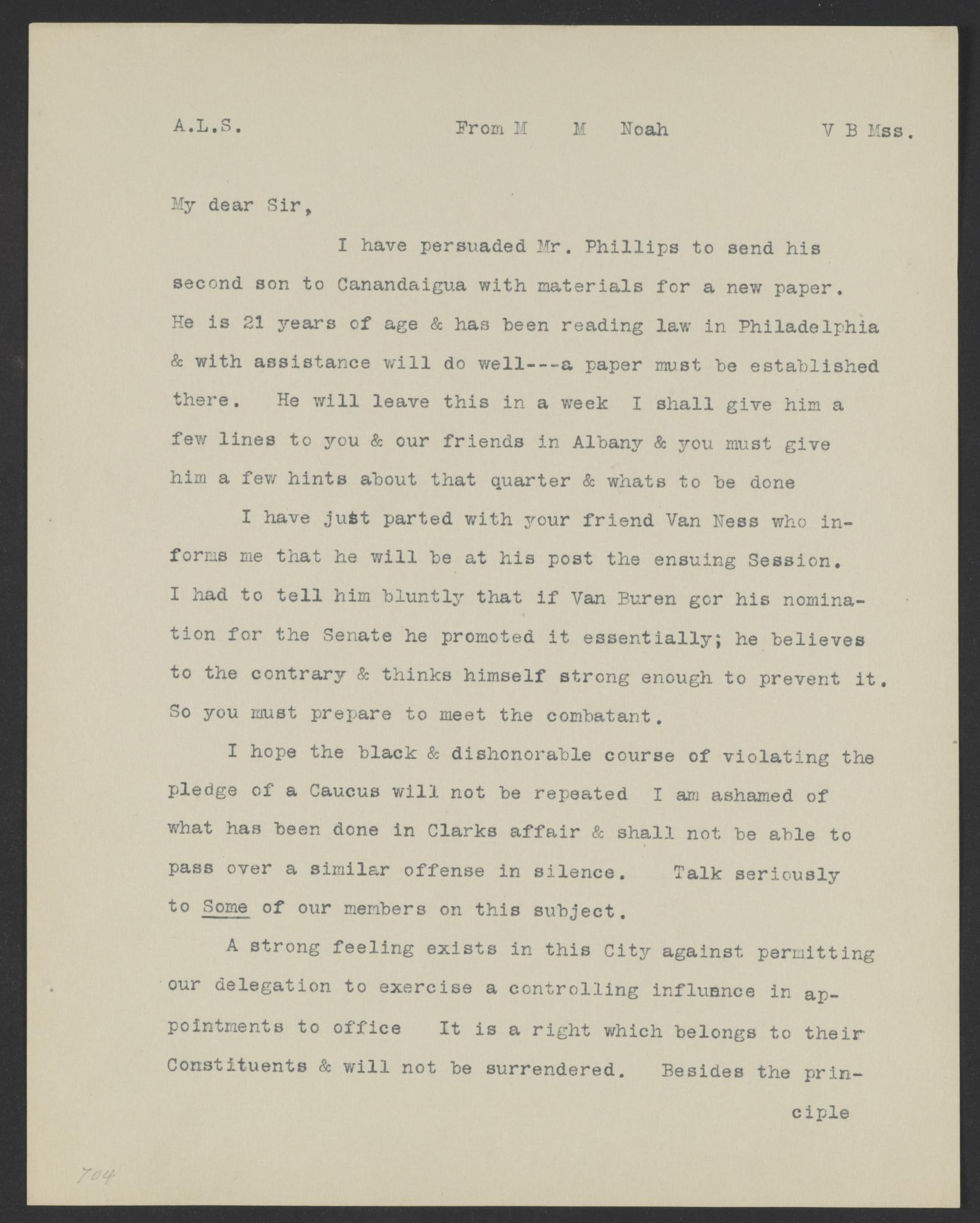 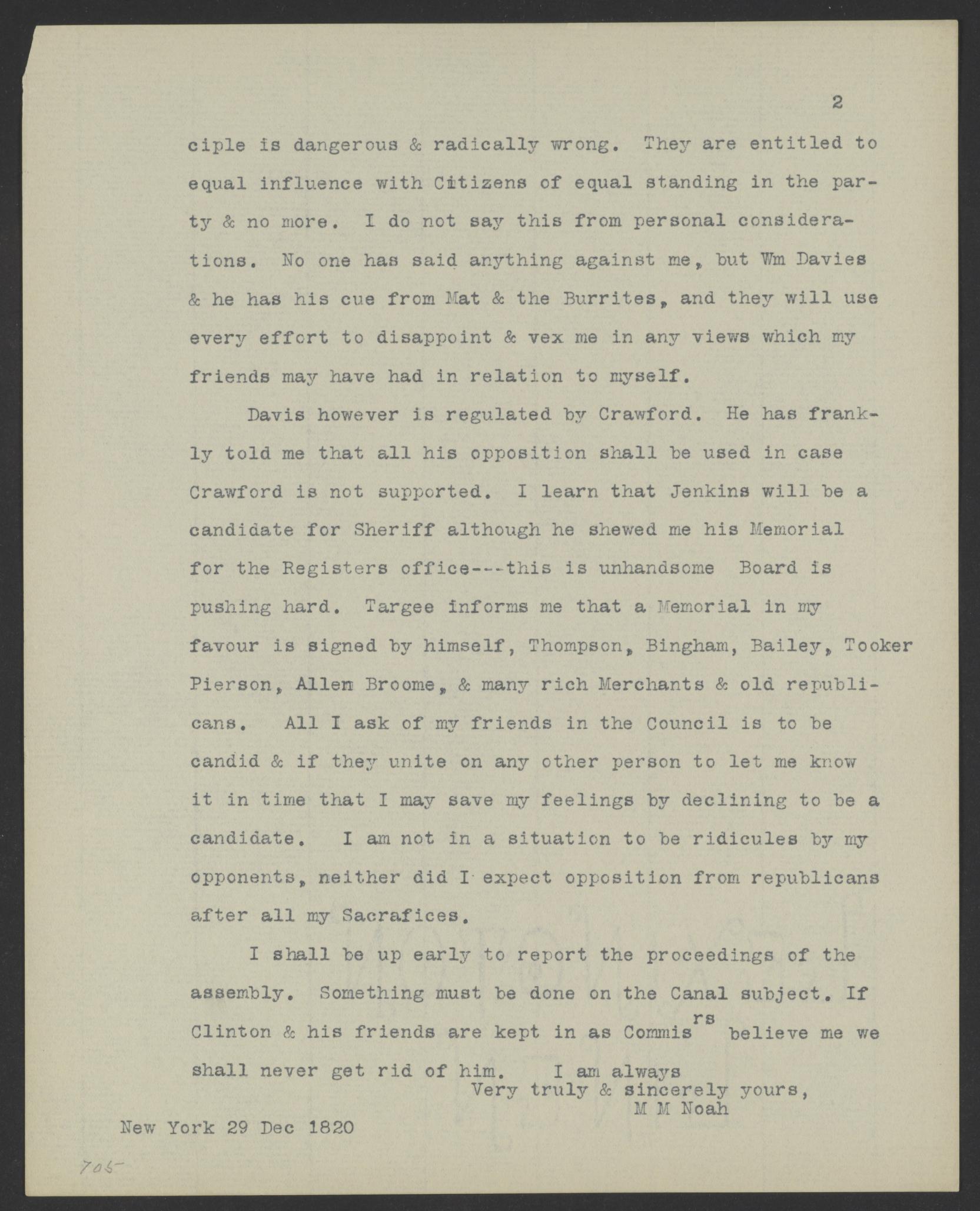