Your letter has reached me here in the midst of a circuit & I have but time to say a word to you on the interesting points you speak of. Advise Thompson by no means to have such a meeting, it would as you say set an example for Mr Clinton ^for^ which he would give the world. The dire necessity to which he will be subjected of resorting to such nominations galls him to the quick. Such a measure would therefore be intolerable in us & I am astonished that any discreet man should dream of it. Make yourself perfectly easy on the subject of the nomination. If such designs as you speak of exist they are perfectly harmless. There is the most unprecedented unanimity on the subject among Republicans. Tompkins will be the man unless he himself declines. Let the few individuals who entertain different views talk on, but dont notice them in your paper. They will soon be lost in the general mass. I should sorely regret to find any flagging on the subject of Mr King in Nyork. We are committed to his support. It is both wise & honest & we must have no fluttering in our course. The Republicans of the State expect it & are ready for it. I know that such is the case. There was not in the Senate a dissenting voice that I could find. Mr Kings views towards us are honorable & correct. The Missouri question conceals so far as he is concerned no plot & he shall give it a true direction. You know what the feelings & views of our friends were when I left Nyork & you know what we then concluded to do. My Considerations &c & the aspect of the argus will shew you that we have entered on the work in earnest. We cannot therefore look back. Our firm consistent & manly course has raised our party in the estimation of all & its contrast with that of our opponents has cast much contempt on theirs. Let us not therefore have any halting but come out I beseech y[ou] manfully on the subject & I will put my head on its propriety.

I have been much embarrassed by my agency in the affair with Mr Buel by an evident apprehension [o]n his part that I want to get rid of him. When I see you in Albany which will now be soon I will explain to you, of my anxious disposition to <serve> [. . .] I know you will not <doubt> [. . .] from every part of the state are most flattering 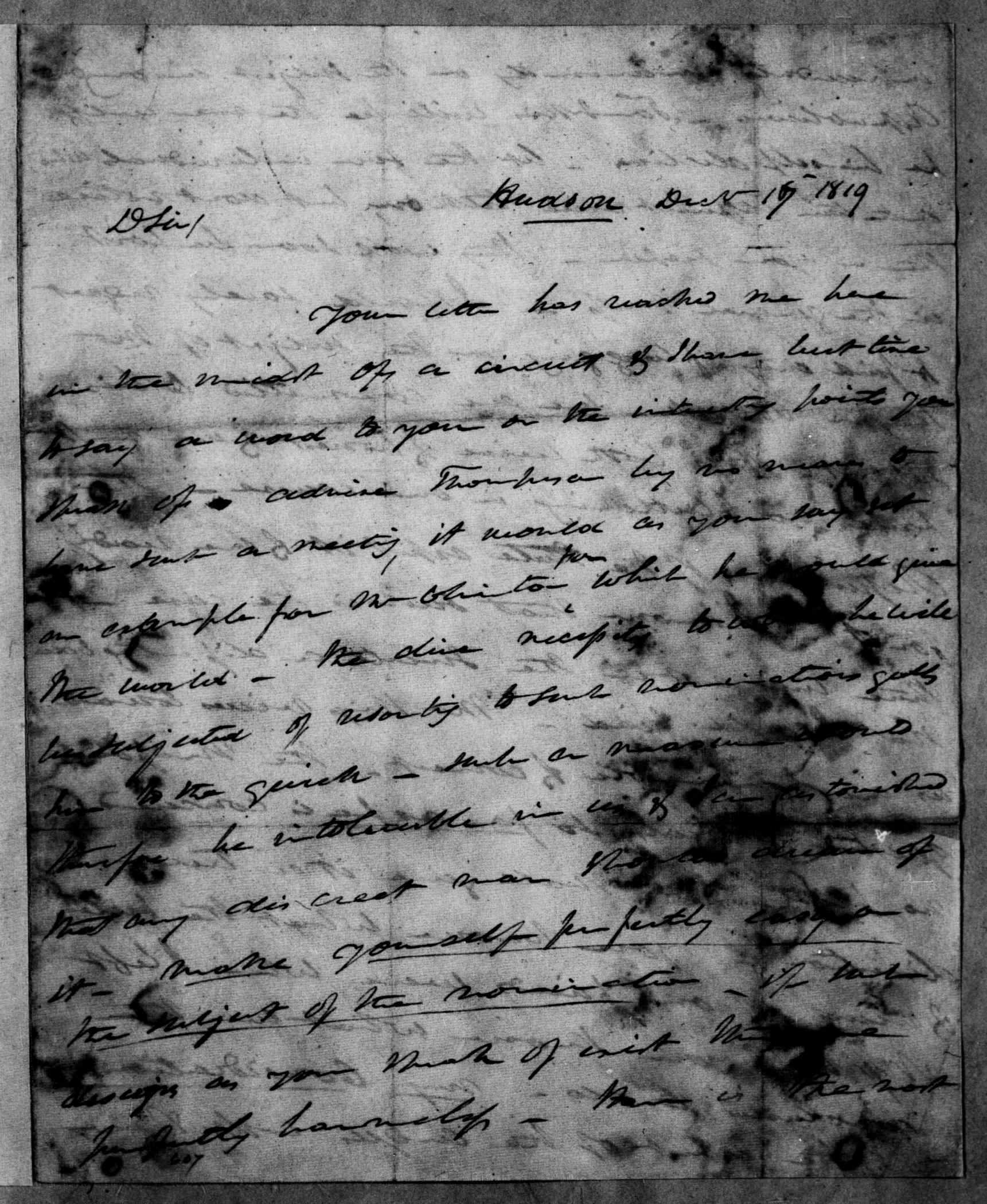 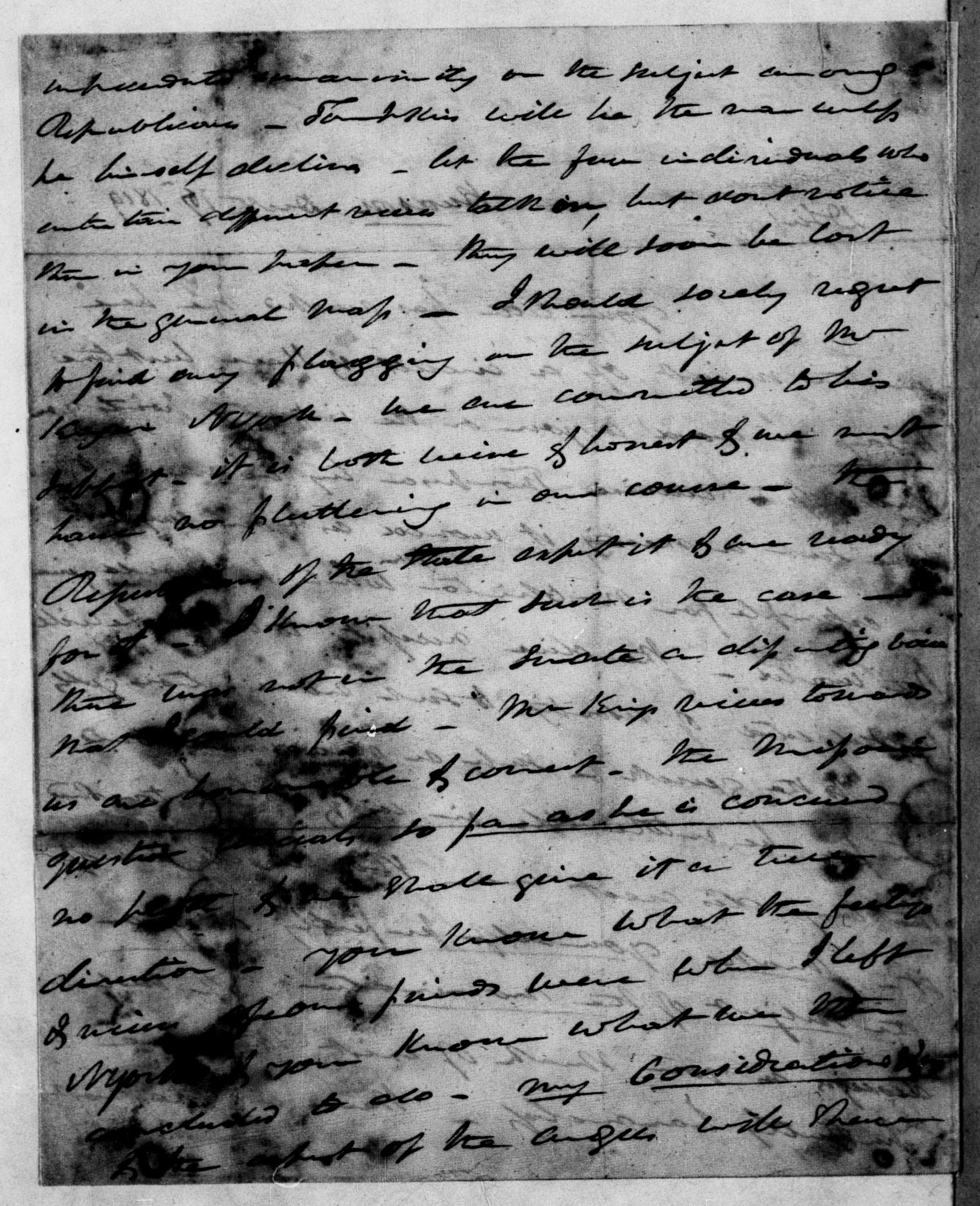 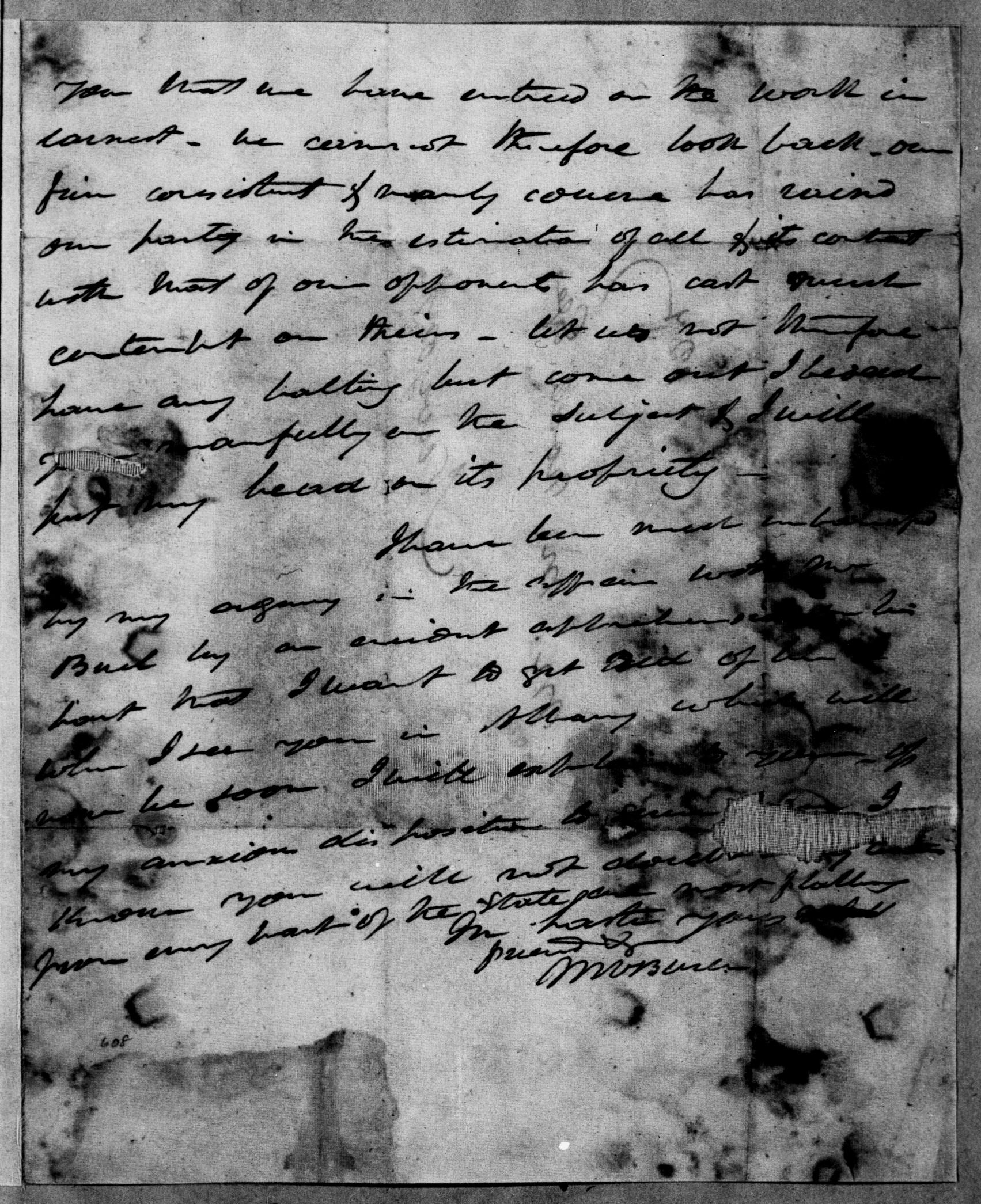 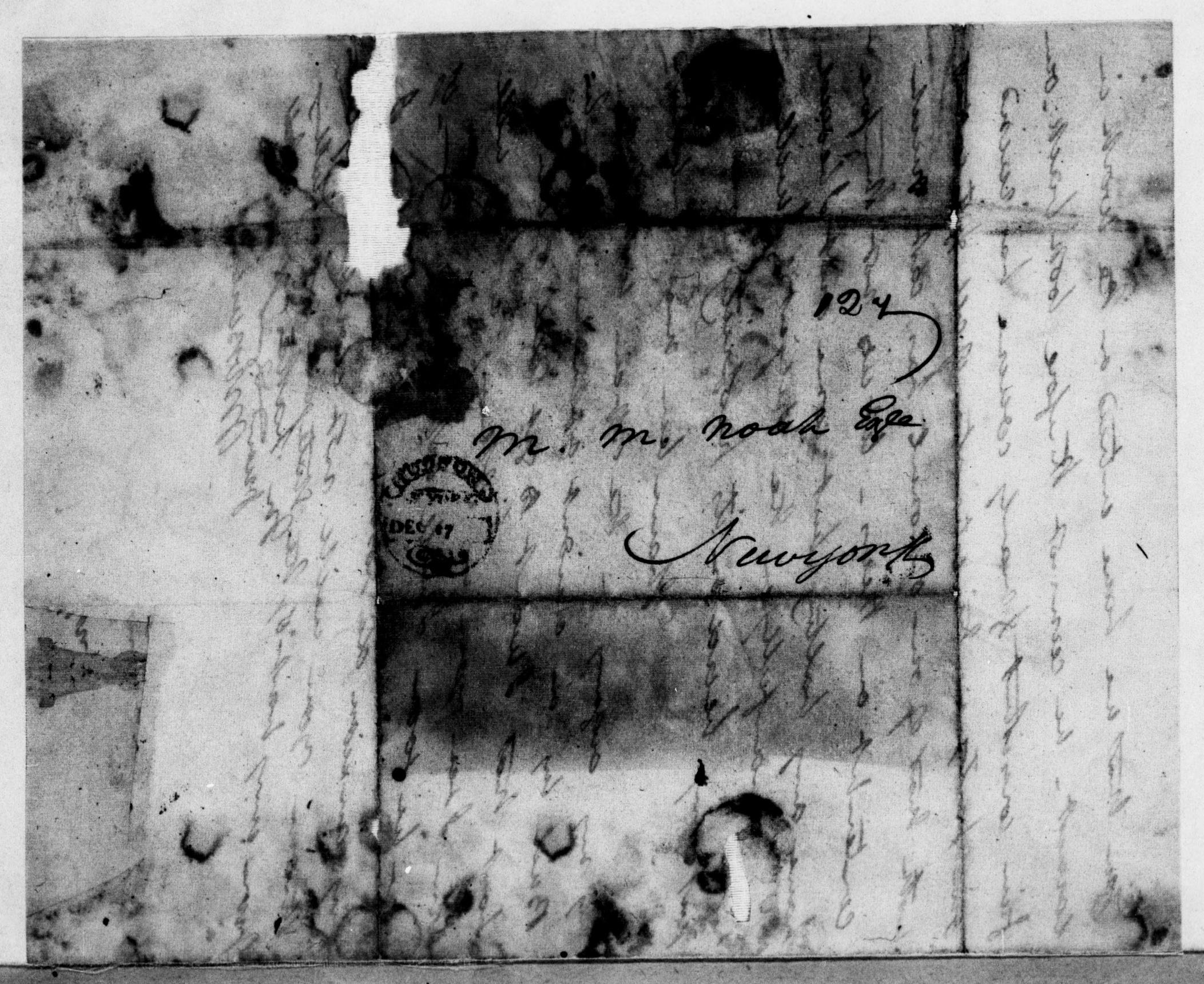