Sheer necessity must be my apology for attempting to impress you for once into the service of a correspondent, for the want of my accustomed number of which I am almost in a state of starvation for political news from Albany.

I am now just about as ignorant of what is, may, or ought to be doing at head quarters, as though I was just dropt into the state from the moon. I know of nobody from this city at Albany to enquire of, and nobody in the city who is informed ^from there^—that is, of my present associates, who are neither more nor less than myself alone, not having been Statesman enough for some of our old colleagues, whose want of faith in my sincerity and zeal has quite estranged me from their counsels & designs. Still, however, I am determined to stick by our old rallying point, the great body of country republicans, and be governed as much as possible by their decisions in my public conduct. To do this, I must have some guide, and understand what course is to be pursued by our leaders.

Our first objects of anxiety are, the mayor of this city, [a]nd the Governor. You see the movements of the Martling men. Are they to be suffered to go on under their plausible cloke, and gather strength for mischief? If you suffer them to nominate for you, they will if possible legislate also. A caucus nomination made forthwith will prevent much trouble. We must rally round the old legislative standard. I will never oppose your nomination, whatever Southwick does. The opposition to your customary and regular proceedings must be ruinous to its agents. If gov. Tompkins is re-nominated, well; if lt. gov. Clinton, well: if Mr Tayler for lt. gov I can’t help it: if Mr. Clinton can be sent to the U.S. Senate, best of all. And I think that ought to be the first attempt, and ^if^ the Madisonians will not accede to it, after fair and amicable expostulation, he should be nominated for governor, and Mr. Tompkins sent to the Senate, if he will go, or if Mr. Clinton is willing, renominate the gov. and lieut. govr. as they now stand. The two should not be run against each other for any office, as neither could succeed, and both be put down and the party ruined for years. Nor should any thing be left for the Convention troops to get hold of or act upon—though their audacity may attempt to besiege you in the Capitol, and [pr]oscribe you by decimation. Their project should be nipt in the bud, and will leave them in their proper insignificance, if suffered to oppose you (and Jacob Barker and Gabriel Havens say they will not be bound by any thing you may do, but make their nominations ab origine, of whomsoever you name, if he please them, but expressly and determinately of some new candidate for lieutenant governor, being resolved, and "they don't care who knows it,” to oppose Mr. Clinton if “he were nominated by every individual in the Senate and Assembly.”) In case of such dissension, I well know that these Martling men will miserably fail, but I abhor and deprecate a fresh schism, as throwing us all into the minority, and causing new quarrels, probably, among some of my old friends. I don’t mean Dr. Younglove, or men of his cast, as they will rejoice at any pretense for confusion and division.

I do not hear that the Convention project takes in any section or quarter of the country; still it may be gaining ground every where, as the fomenters are indefatigable in their exertions to carry it into effect; and meetings, like old Peter R. Livingston’s, (of himself chairman, a companion for Secretary, and the landlord to complete the “large and respectable meeting”) may be raised in every part of the state, and send their delegates thus created, with the pretensions of legitimate representatives of the people, and assume a form and front, that may cause us much trouble if not timely prevented.

For mercy’s sake let me know how you all stand affected, what dispositions are on the carpet, and what I am to expect and prepare for. Are more supreme judges to be appointed? Is our mayor to be continued, to the great damage of his reputation. Do give me half an hour of your leisure on these subjects, and greatly oblige 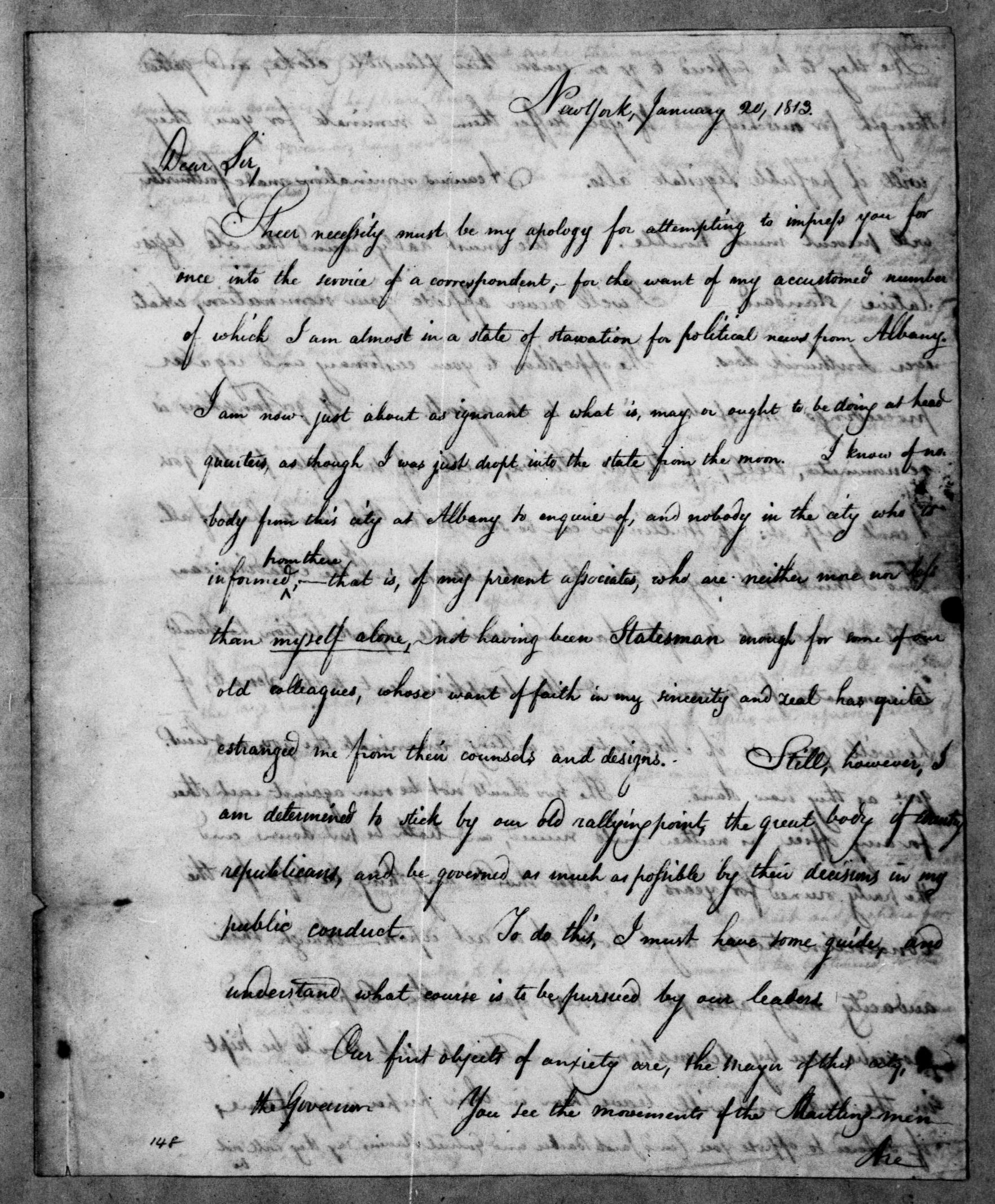 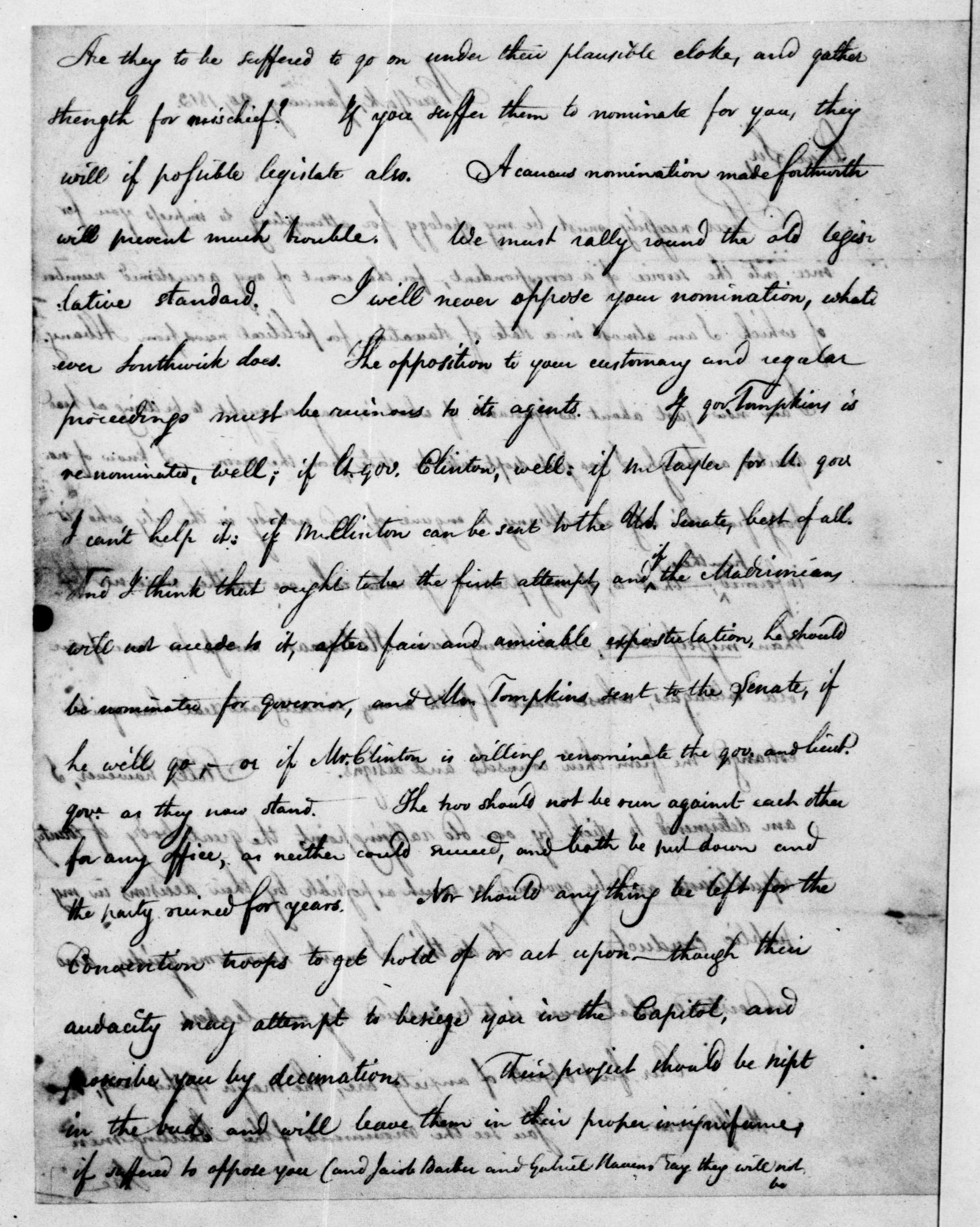 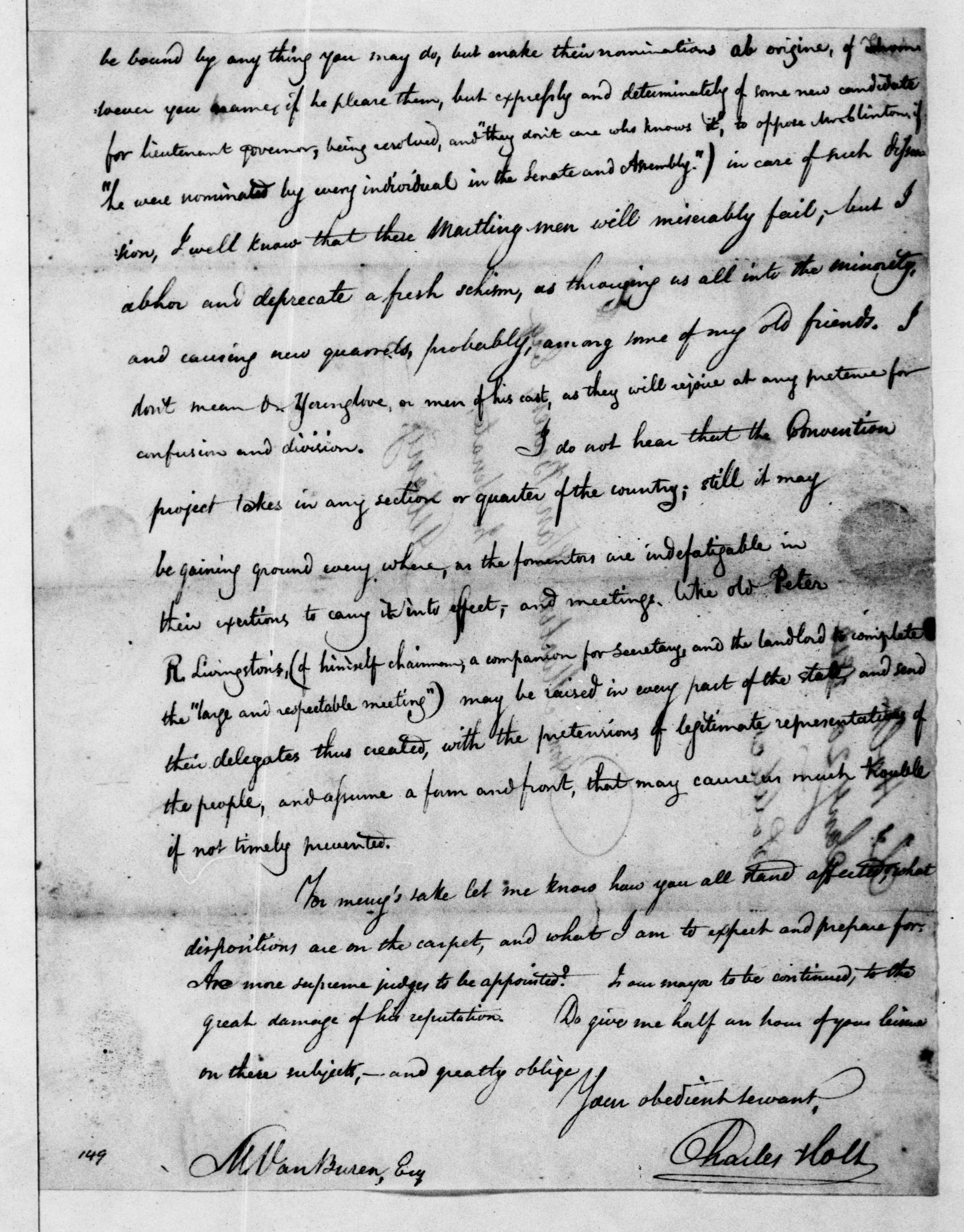 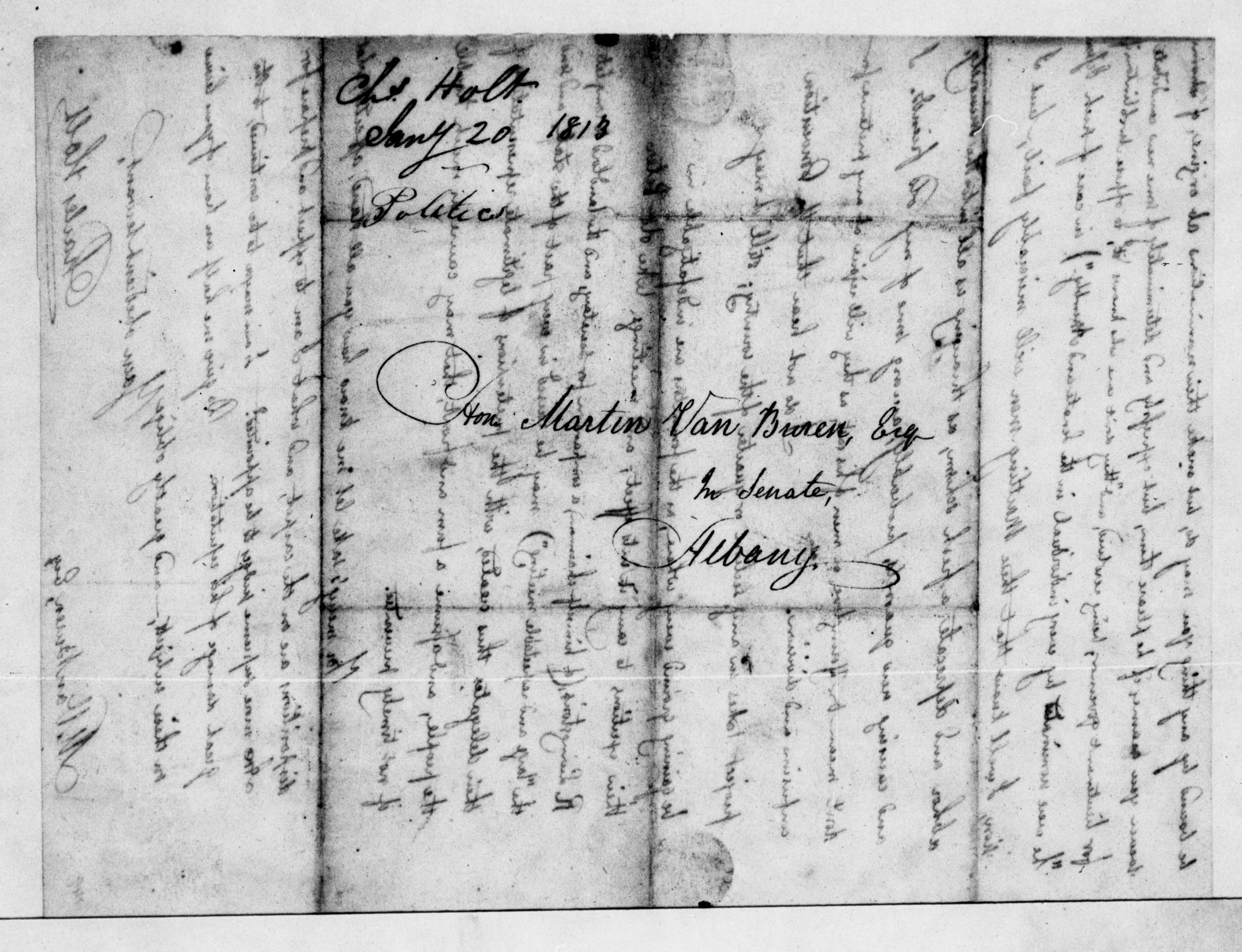