I intimated in a post script to my last communication to you & Mr. Miller, that proper measures would be adopted to further the election of our Regular Senatorial Candidate. On monday last our County meeting was held at usual place, and it was unamously resolved to support the candidate, named at Hudson. The party in Dutchess will, I believe, move in a solid column on this subject. Jacob VanNess and our friends at the north, have written me, that they will decidedly oppose any other candidate. In our five southern (republican) Towns, we look for more ardor & unity of action, than has been witnessed for many years. The central Towns may be somewhat divided. But Edward’s former quid friends & supporters are placed in a pretty awkward situation if they intend to support him. They were, (at least some of the principal of them,) at the County meeting & bound themselves to support the Regular Candidate. Edward’s nomination has just arrived in Town. I have seen none of the handbills. I cannot learn, that any one except Mr. Rudd, has them, & I shall not condescend to ask for one from him.

Let your Committee communicate with us, on the subject of the election, & give us all the information, which they may deem important. 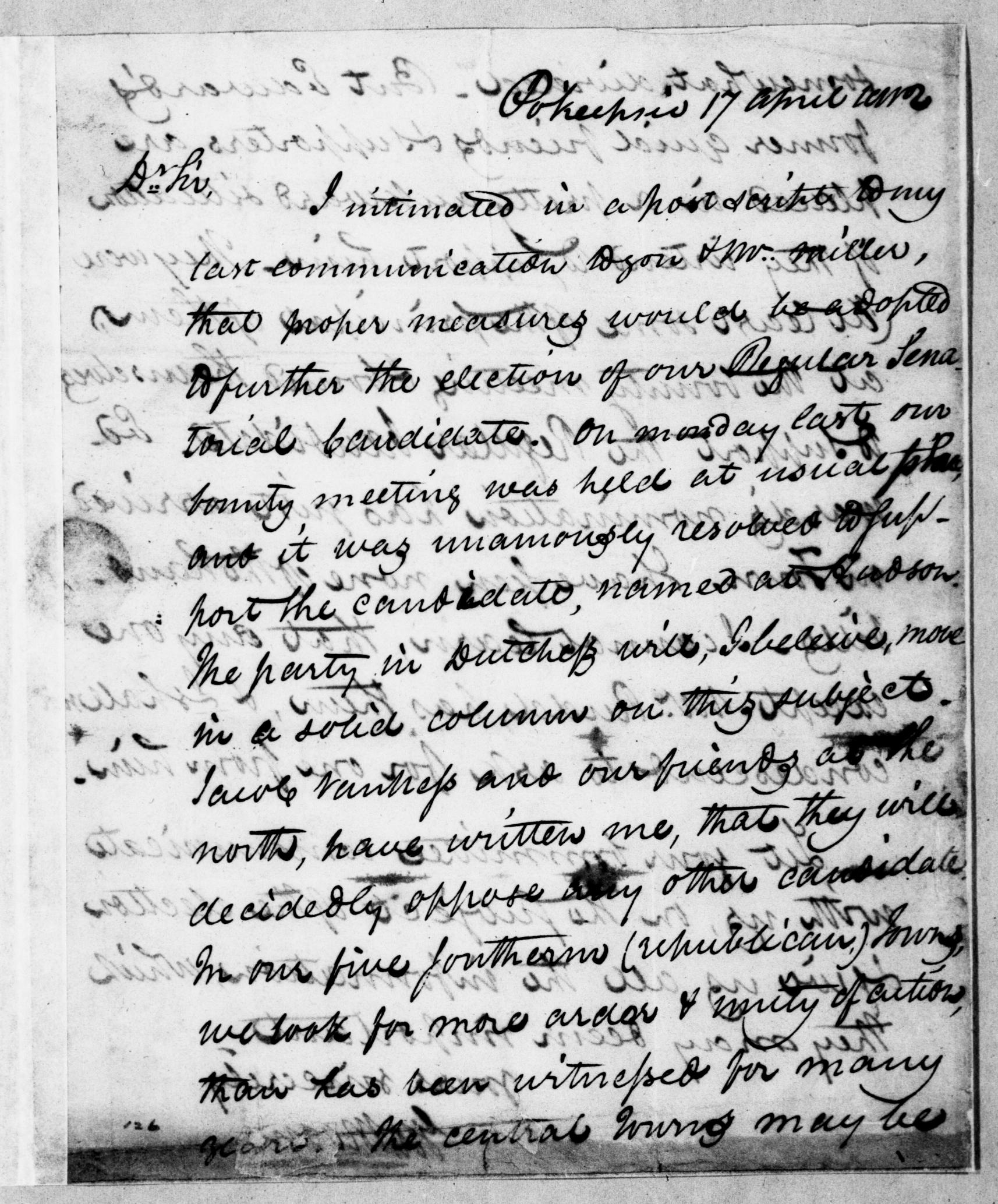 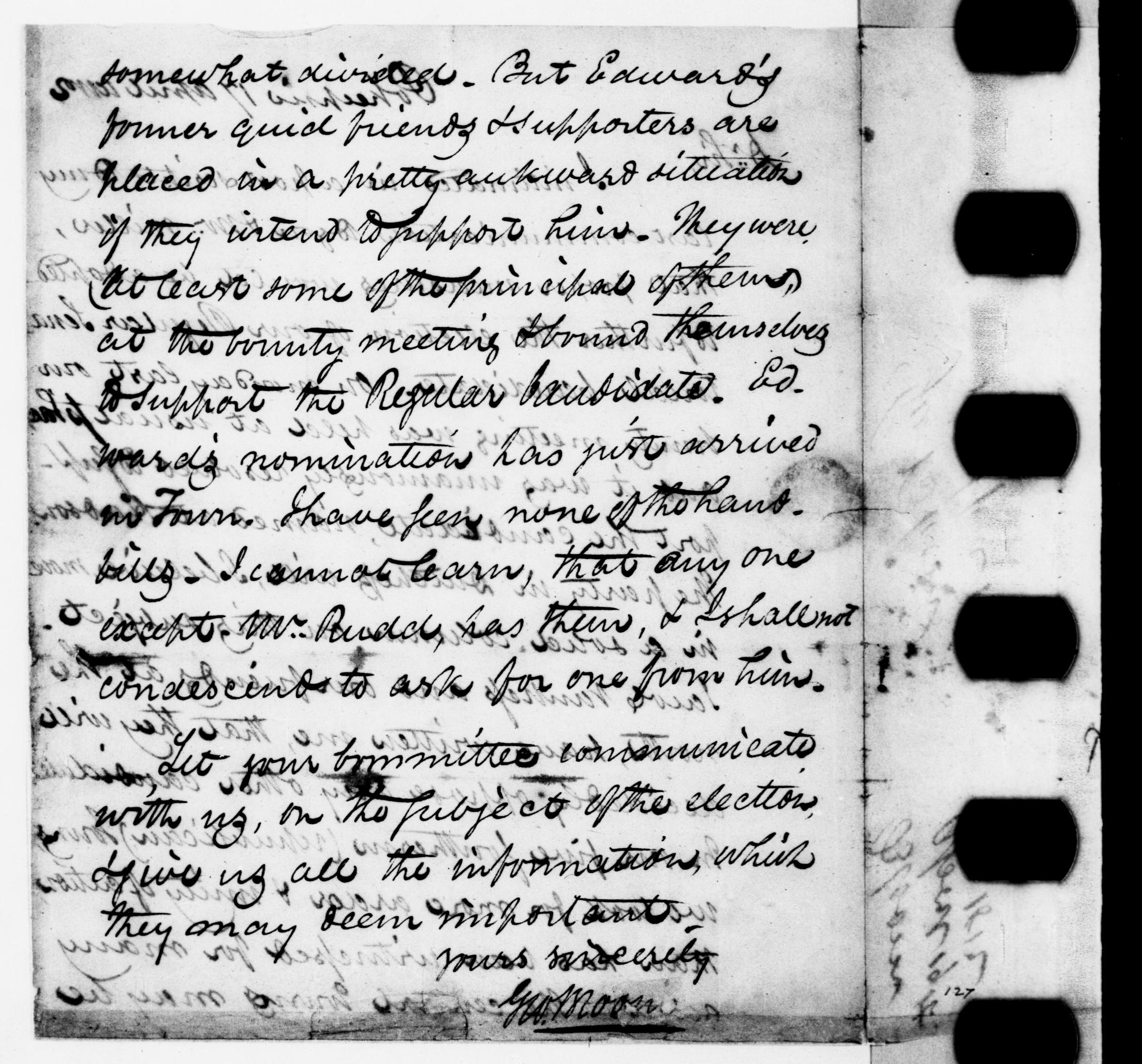 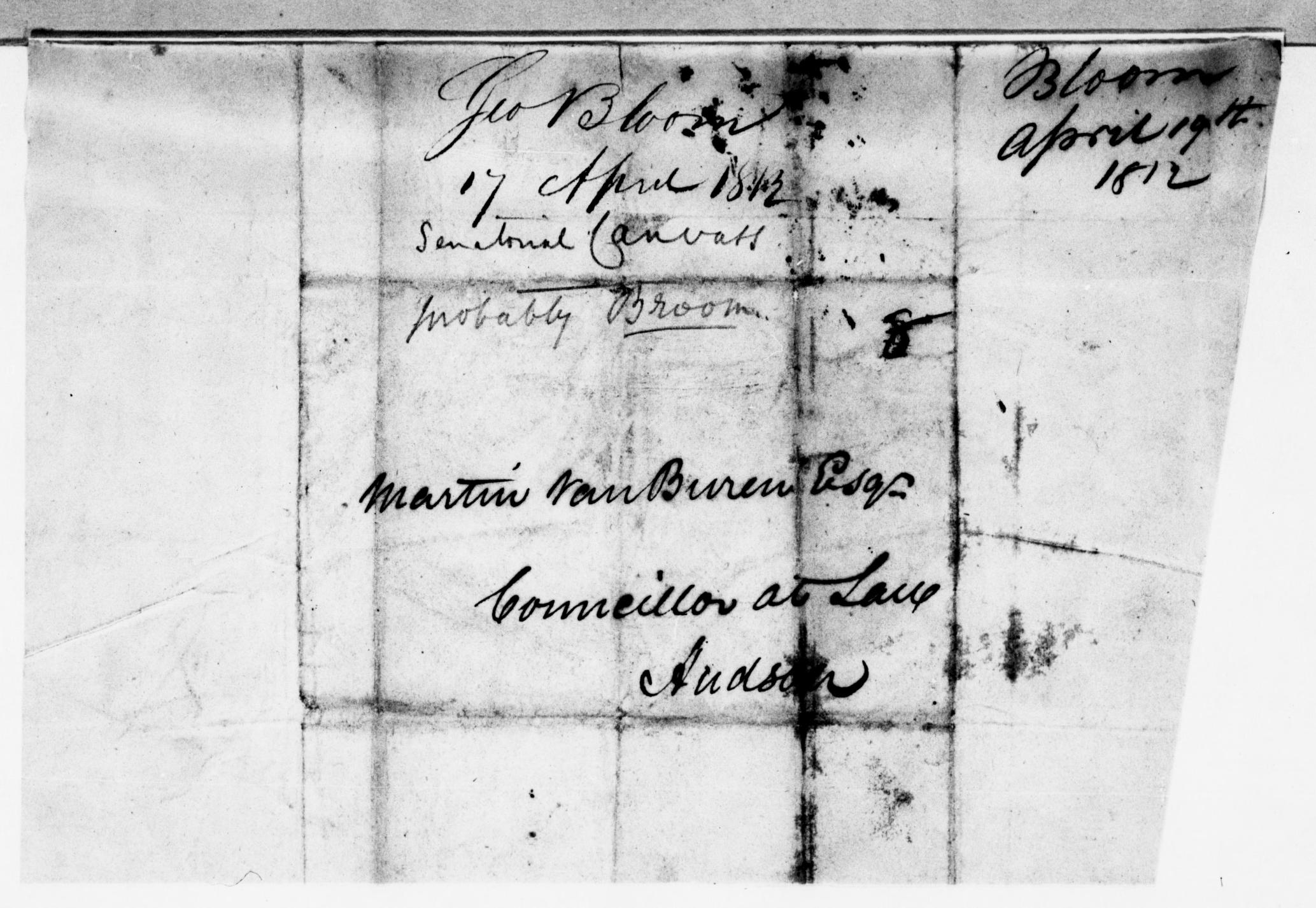