Notice is hereby given that an Election in the Town of Kinderhook, for the purpose of Electing a Representative to Congress, (in consequence of a notice received from the Sheriff of the County of Columbia ordering an Election to be held by [no]tice of the Governors proclamation) to fill the [. . .] [d]esignee [. . .] the Sixth District of this State Composing the Counties of Columbia and Rensselaer. The said Election to be opened and held on Tuesday the Sixth day of October next at Ten OClock in the morning at the Dwelling House of Abraham Van Buren Innkeeper in Kinderhook Town on Wednesday ^the Seventh of October^ at the House of Medad Butler, Innkeeper at Kinderhook Landing and on <illegible> Thursday the Eighth of October at the house of Nathan Deyo when the Poll Will be closed. The Poll will be opened on each day and at each place at Ten OClock in the morning. Given under our hands at Kinderhook September the 26th. 1801. 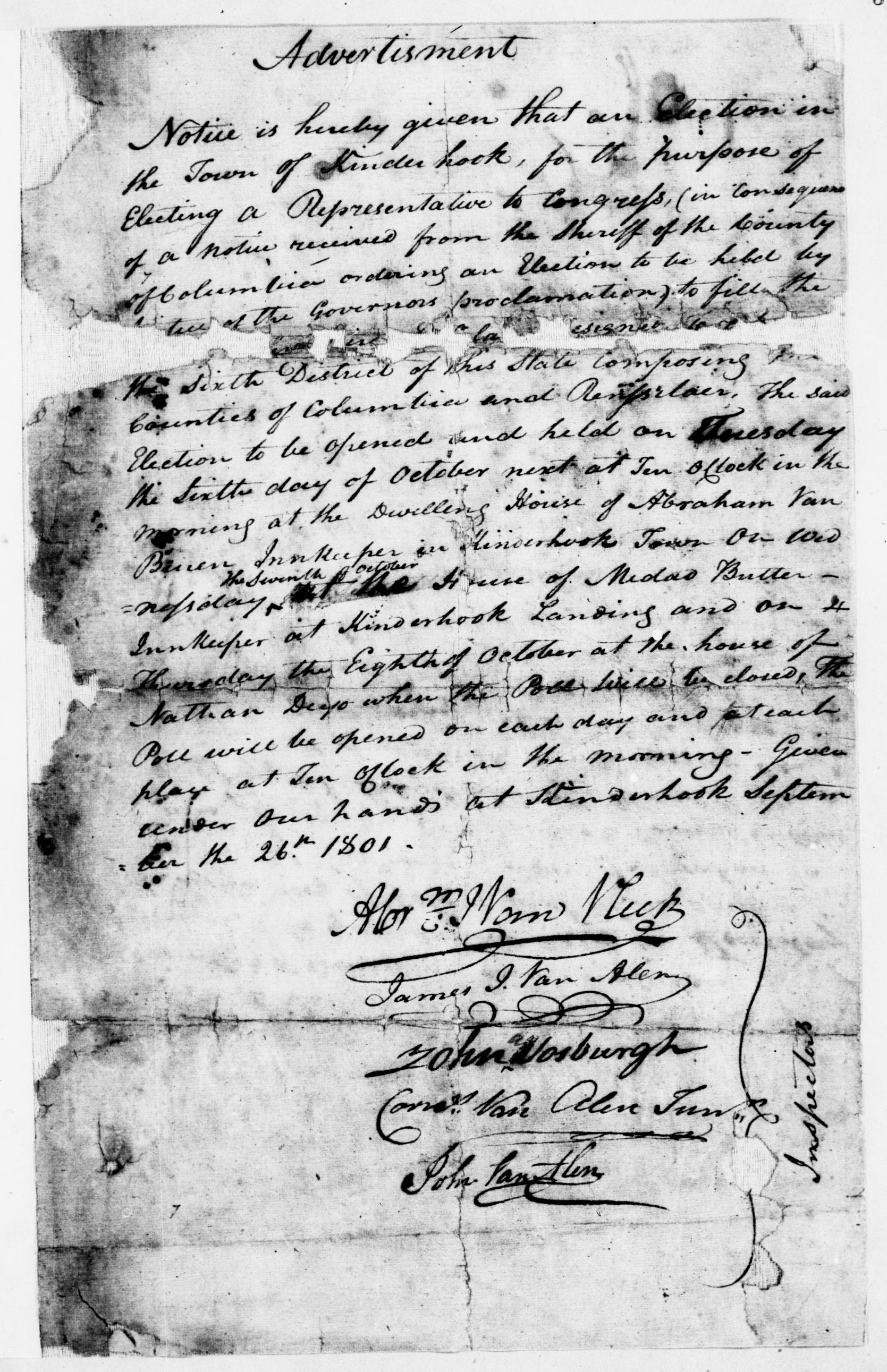 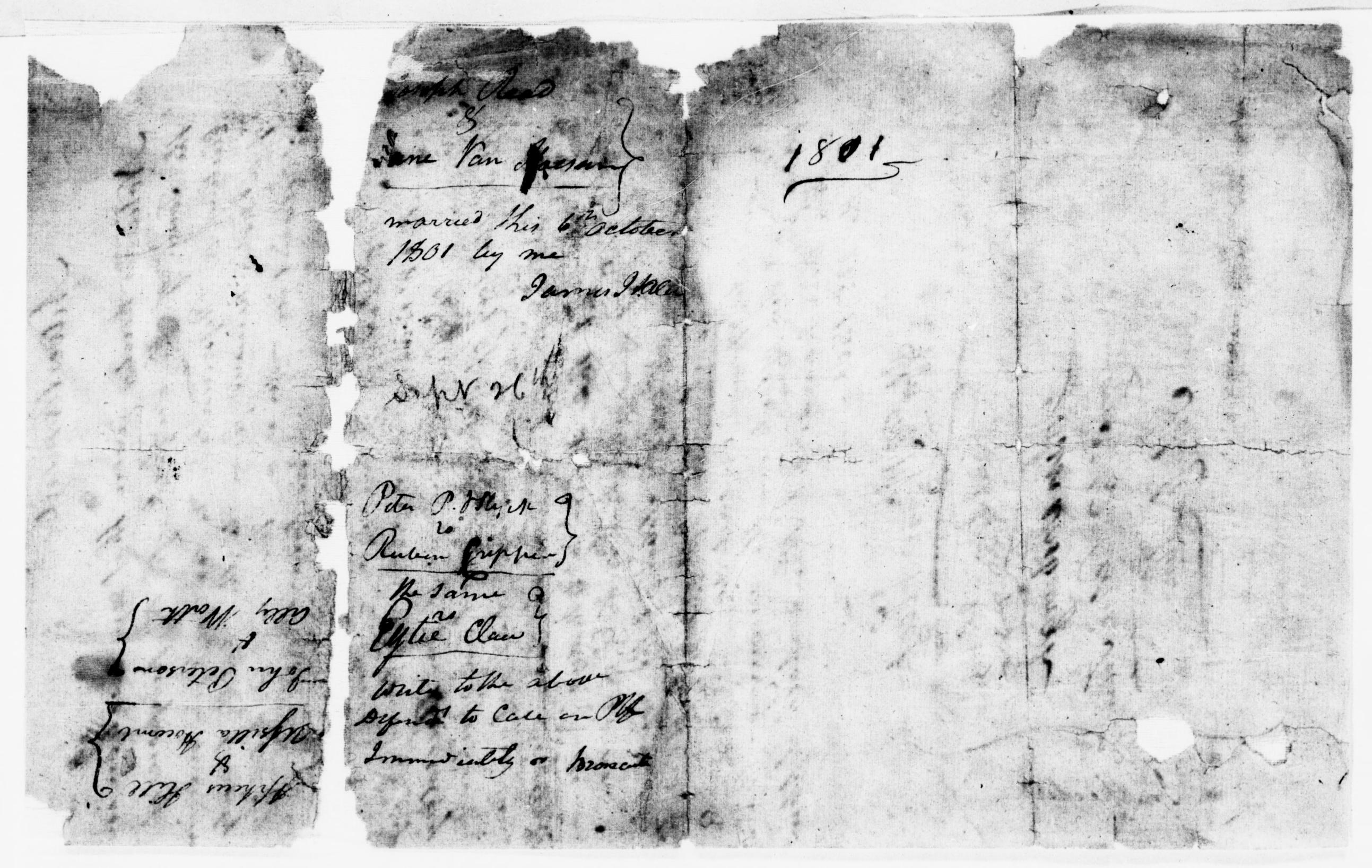