Yours of the 11th Ultimo I received a few [. . .] after its date, But have had very little leisure [. . .] since otherwise I should have wrote you bef[ore] and even now I have really no time to writ[e] more than a few lines.

I am extreemely happy to see from the g[e]neral tenure of your Letter ^that^ you give an[. . .] convincing proff of your truly republican [prin]ciples, and that you have independence enough and are willing to determinee between ^the^ propriety and impropriety of ^the^ political conduct of any Man.

From the last Paragraph of your Letter I expected that some thing of importance in NYork would have transpired before this time, of which you promised to inform me, but from the circumstance of not hearing from you I concluded that nothing of importance has occurred.

With respect to Col: Burr I can only say that I extreemely regret that his conduct has been such as to losse the confidence of the Republicans generally; At first I was in hopes that the business would have terminated favorably to him, my reasons for wishing this was, the exalted opinion I had of his Talents and Republican principles and ^another reason^ as you say “that by amputating one of its Limbs the Vital parts might be destroyed” however, I must say that I am convinced his conduct has been improper, I could wish it was in my power to judge otherwise.

Nothing of great importance has lately transpired in the Legislature; The Bill for equallising and increasing the Wards in NYork (you no doubt have heard sometime before this) has passed, which in my opinion is just and will have a good effect there. A Bill for extending the right of Suffrage for the election of Charter Officers in NYork is before the Assembly, what the fate of it will be I know not; All the NYork Members (excepting one) I understand are for extending it only to those who rent Tenements of the yearly value of fifty ^twenty five^ dollars; to this there appears considerable objections by several of the Country Members who say, why should not persons who vote for Members of Assembly & Congress also vote for Charter officers; for my own part I have [. . .] doubts as to the constituneal right of [. . .] [legis]lature to interfere, but if they do at [. . .] clearly of opinion they ought to extend it to those who rent Tenements of the yearly value of five dollars.

The Application for the exchange Bank in NYork will not be granted. A Bill for another Bank in this City has passed. The Senate and some Amendments are made to it by the Assembly, which I [. . .] will be agreed to by the Senate.

B. You will observe on the back of each of the accounts and order signed by me for the payment of them; I have cashd Interest on them untill April 1798 so that there will be nearly four Years Interest to be cashd on them since if Mr Montanye has not collected them. If any of them should refuse to pay the Interest (which I do not think they will or ought to do) you must do the best you can and I shall be satisfied. 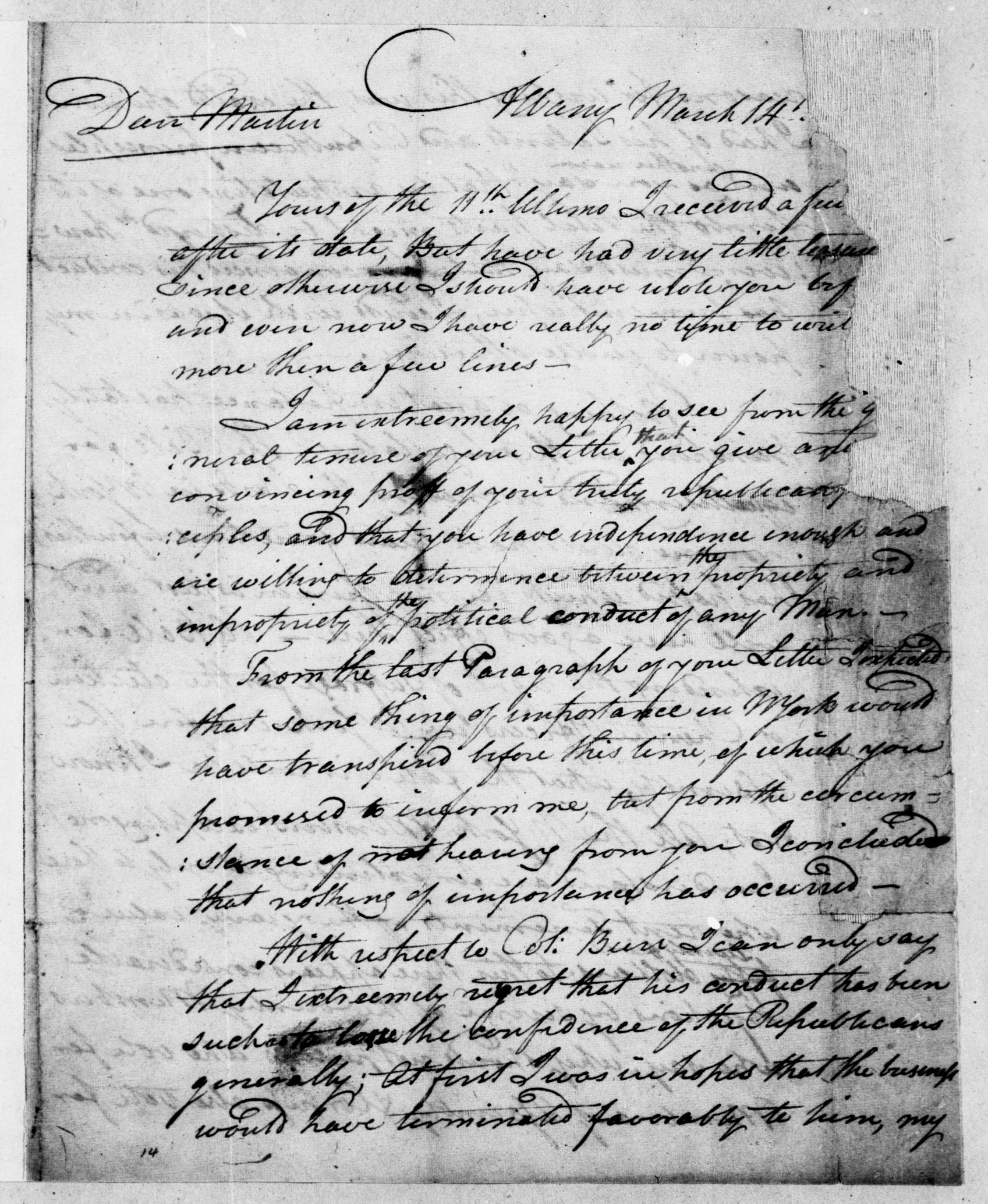 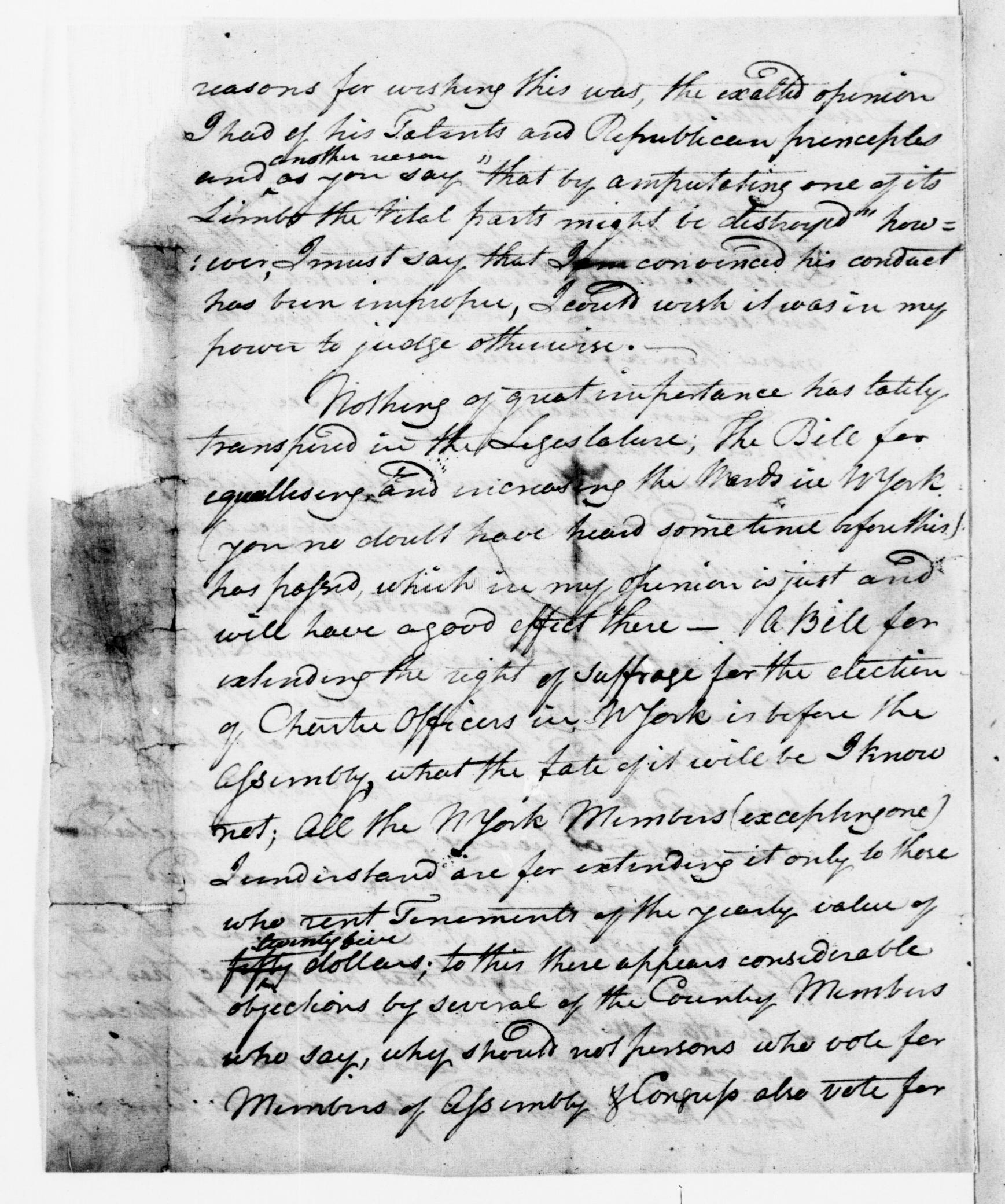 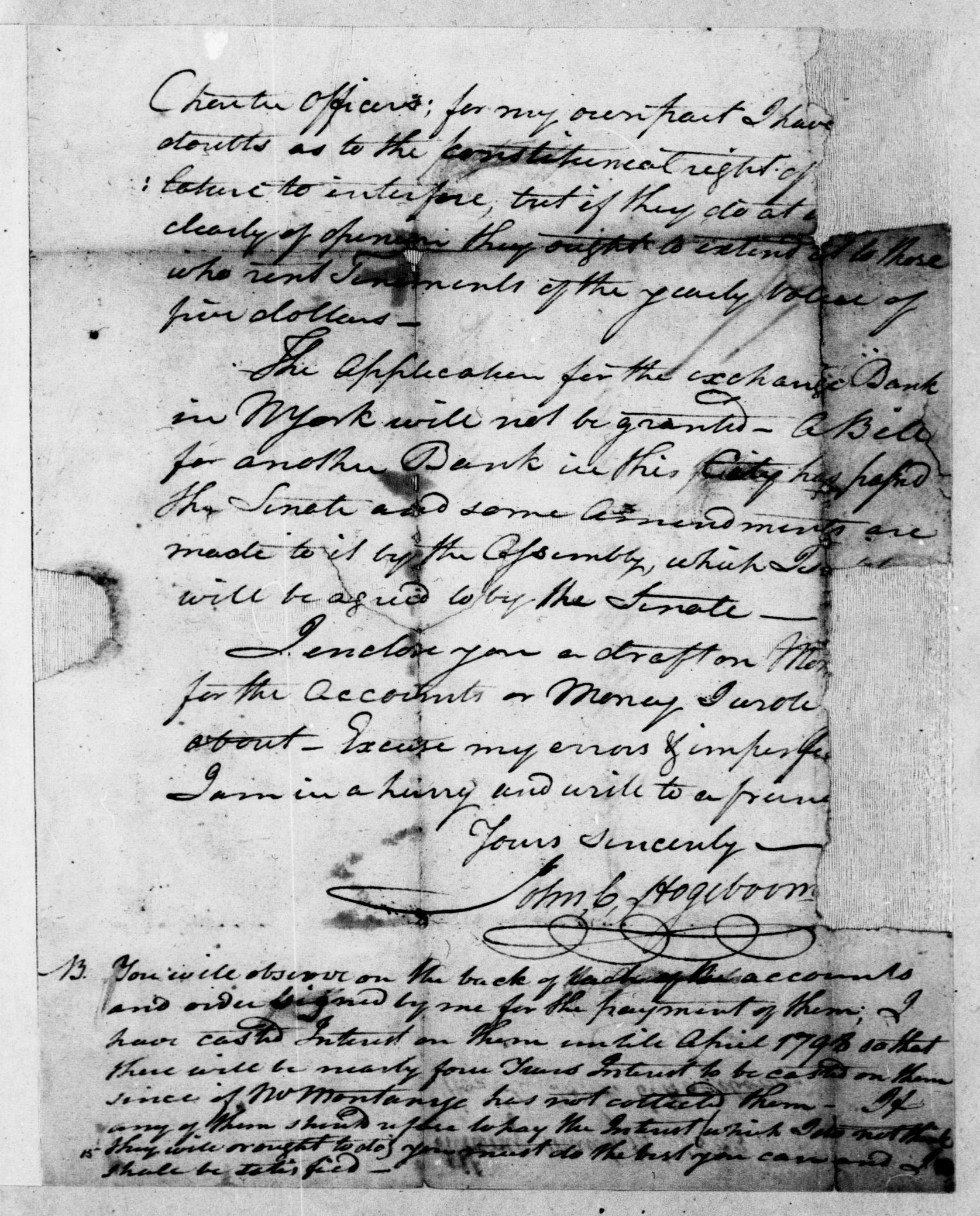 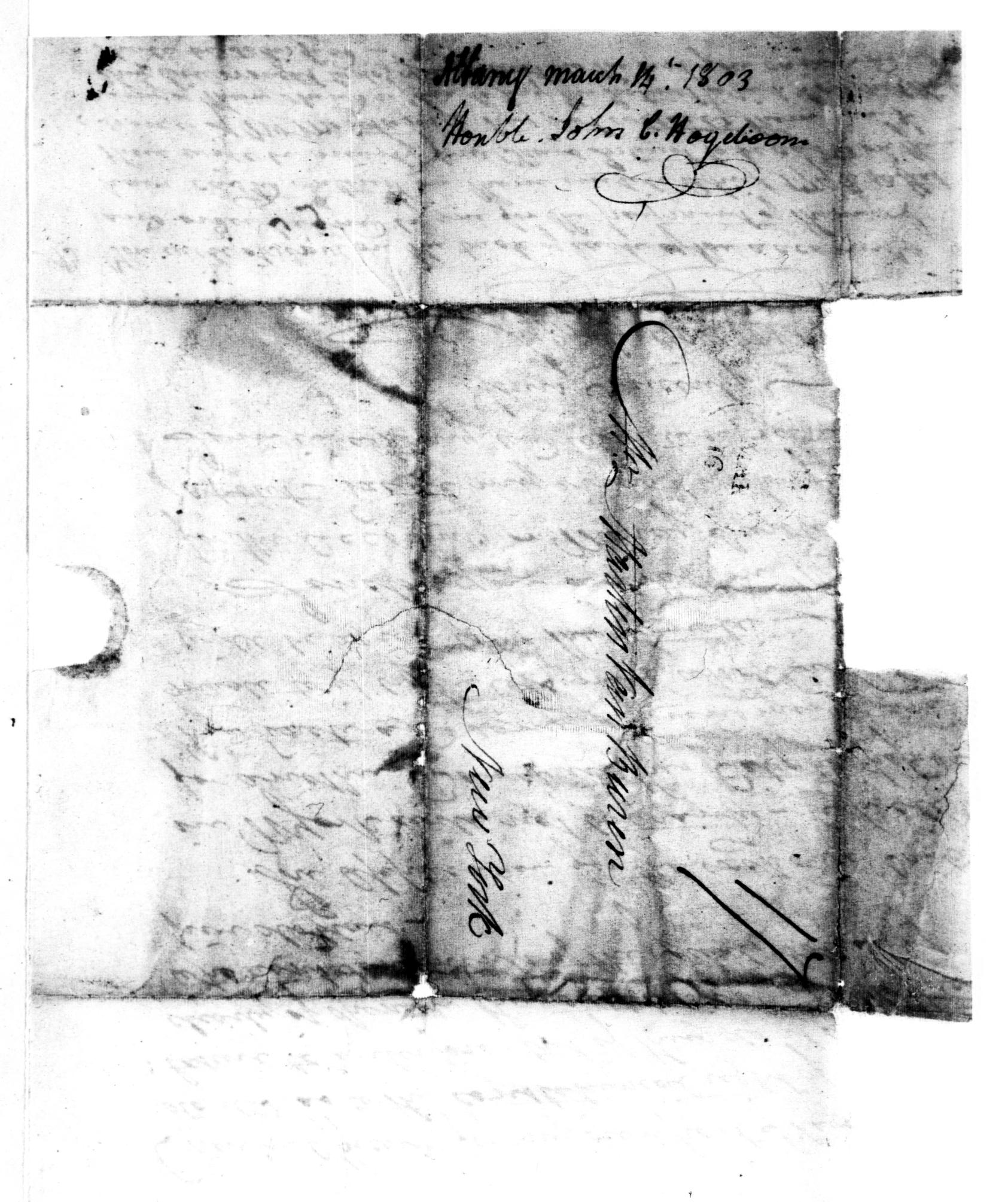